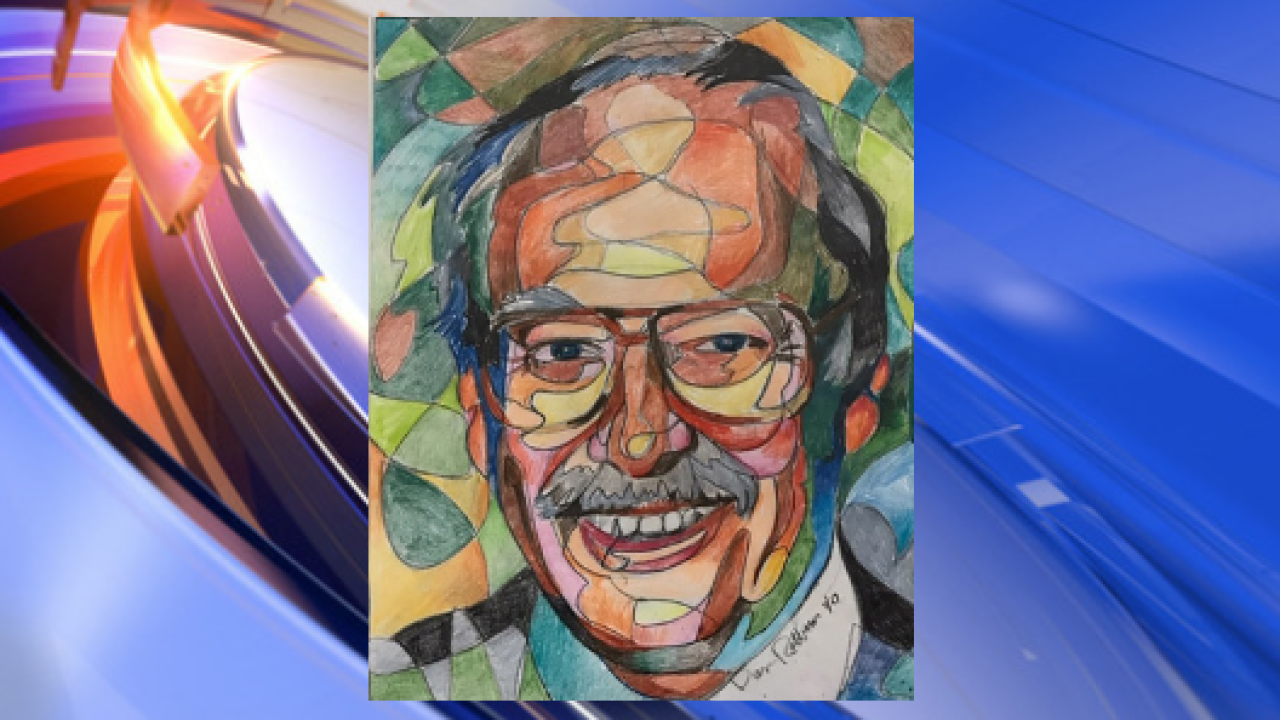 The man behind the American pastime of paint-by-numbers pictures died on April 1 at the age of 93. according to his son. Dan Robbins created the first pictures and helped popularize paint-by-numbers kits in the 1950s.

Robbins’ son, Larry, said his dad was working as a package designer for the Palmer Paint Company in Detroit when he came up with the idea for paint-by-numbers in the late 1940s. He worked there as a graphic artist and sold children’s paint that was washable.

A portrait of paint-by-numbers creator Dan Robbins, who died on April 1 at the age of 93, is shown.

The idea for paint-by-numbers started when Robbins’ boss asked him to come up with an item that could be geared towards adults. Robbins got inspiration for the product from Leonardo da Vinci. The famous artist would hand out numbered designs to apprentices. Robbins took that concept and evolved it into paint-by-numbers.

Robbins’ work had a significant impact on the pop culture of the 1950s and ’60s, since post-World War II Americans found themselves with leisure time to pursue hobbies and activities such as painting.

“Dad was a very, very modest person. He would never bring up his career. If someone asked him, he’d explain,” Larry Robbins said. “Dad was into the accomplishment of providing … for people like me who can’t draw a stick man, to be able to paint and the experiencing of creating a nice piece of art work.”

Before computers were involved, the artists creating the pictures had to paint the image and then use a piece of acetate or clear plastic over the original to create the areas for each number. Beginner kits started with 20 colors and the number of colors increased with the level of difficulty.

Robbins’ son said that his father didn’t get rich from his invention. Dan Robbins didn’t own the company, and eventually his product’s parent company, Craft Master, was bought by General Mills.

Robbins ended up in the Chicago area and did his own consulting work. He did art work, packaging, and new product development until he retired in the 1980s, according to his son.

His work is still on display in the Detroit Historical Museum, along with works from the likes of Henry Ford.

Dan Robbins died in Toledo, Ohio, after contracting pneumonia following a series of falls, according to his son. He is survived by his wife, two sons, and several grandchildren and great-grandchildren.