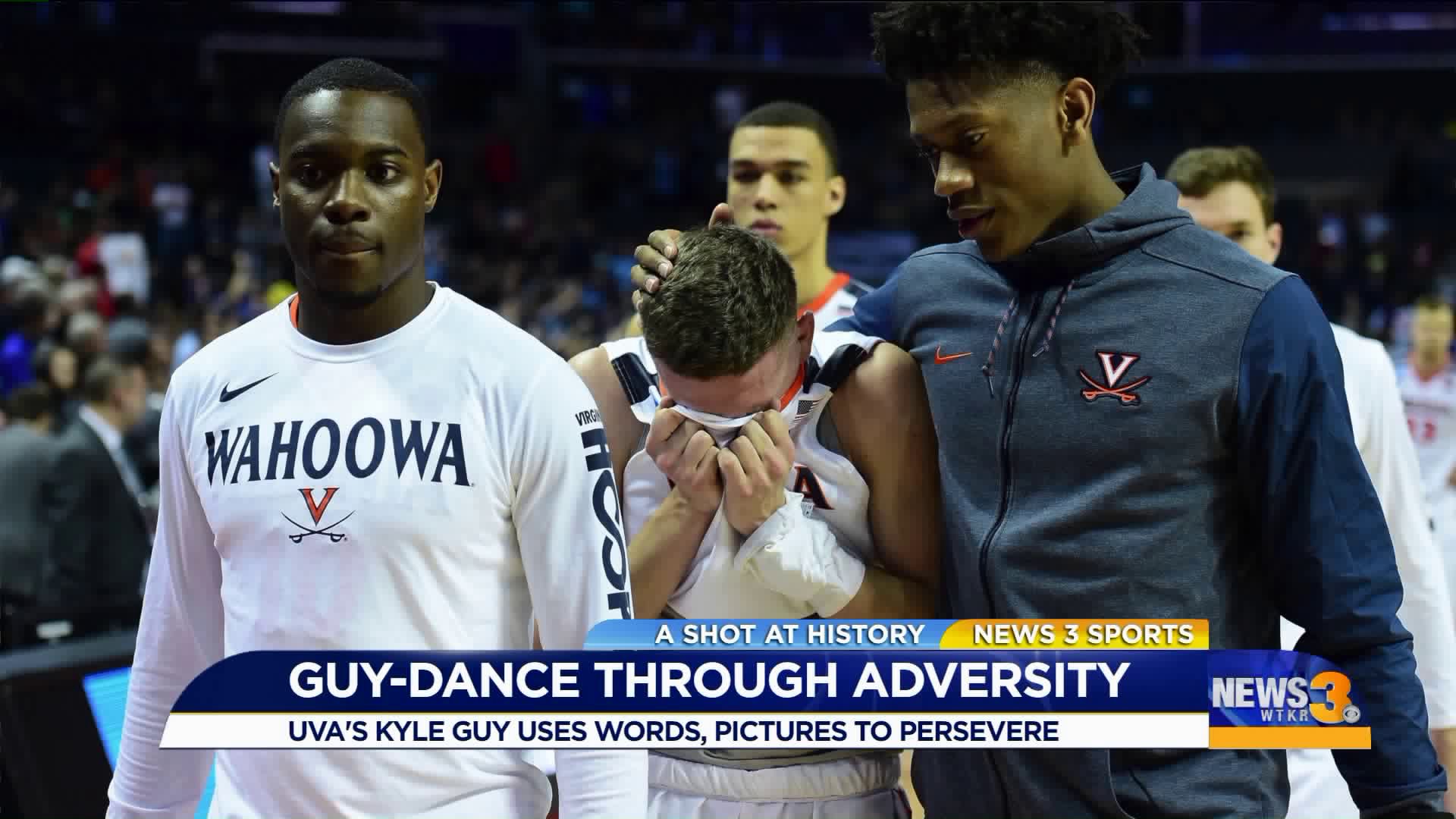 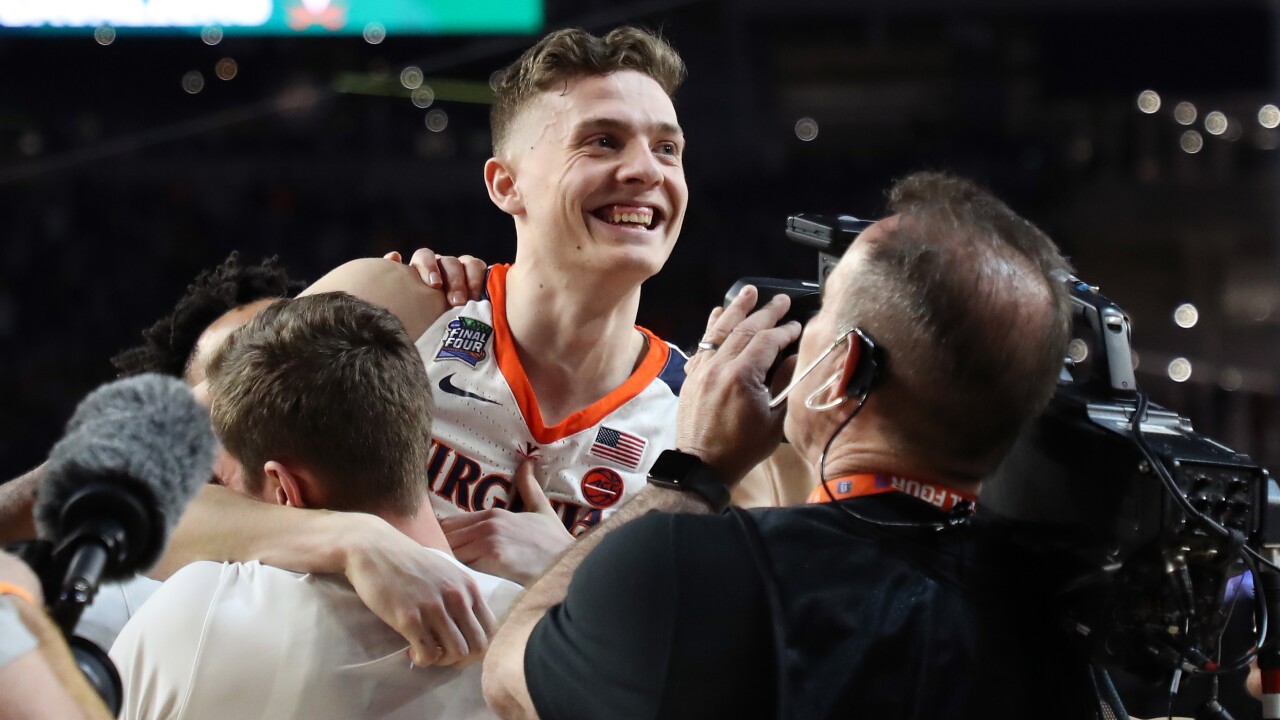 MINNEAPOLIS, Minn. - You know the saying: A picture is worth a thousand words.

Kyle Guy #5 of the Virginia Cavaliers takes the court prior to the 2019 NCAA Final Four semifinal against the Auburn Tigers. (Photo by Streeter Lecka/Getty Images)

However, the images captured Saturday night - moments after Virginia's victory to send the program to its first National Championship game, carry more than just a thousand words to many...especially UVA fans. They're priceless.

But to junior Kyle Guy, who's seen smiling as big as the stage on which he sank three free throws in the final second of the Final Four, the photos are worth 24-hundred words.

That's the length of the letter Guy wrote to himself and published on social media last April.

Kyle Guy #5 of the Virginia Cavaliers reacts in the first half during the 2019 NCAA Final Four. (Photo by Streeter Lecka/Getty Images)

"After last year, I had to take a lot of time to myself," Guy explained Sunday on the eve of UVA's date with Texas Tech in the 2019 NCAA men's title game. "Obviously I wrote the letters - anything that was therapeutic for me so I could bounce back from it and be stronger as a person. And I think you've seen the growth from that - not only in myself but in our team."

In the letter, one of two he published last year, Guy addresses last season's stunning upset at the hands of 16th-seeded UMBC -  a first in the NCAA men's tournament. The note focuses on the failure and how it made him feel.

Kyle Guy of the Virginia Cavaliers exits the court after their 74-54 loss to the UMBC.
(Photo by Jared C. Tilton/Getty Images)

"It was a lot to handle and tackle," Guy admitted. "The first time in history for anything is always hard for whoever is on the wrong side of it. Obviously the media was insane and after the game we had death threats."

"We're together in this journey," Virginia head coach Tony Bennett said of Guy's struggles. "That's the one thing you talk about being able to go through the highs and the lows together."

Guy's gotten past the pain. But to ensure the feeling never goes away, an image from that historic defeat remains as the background on his cell phone and the profile picture on his Twitter page. It's a reminder of a dark moment - even this weekend, when the lights shine bright on him and his team.

"That picture stings every time I look at it," Guy said. "That's how you keep the fire churning."

Guy revealed he will change his phone background and Twitter photo after Monday's national title game regardless of the outcome. The junior guard says it will either be another motivational photo of heartbreak - or an image of overwhelming joy. Either way, it's likely the photo will be worth more than a thousand words.