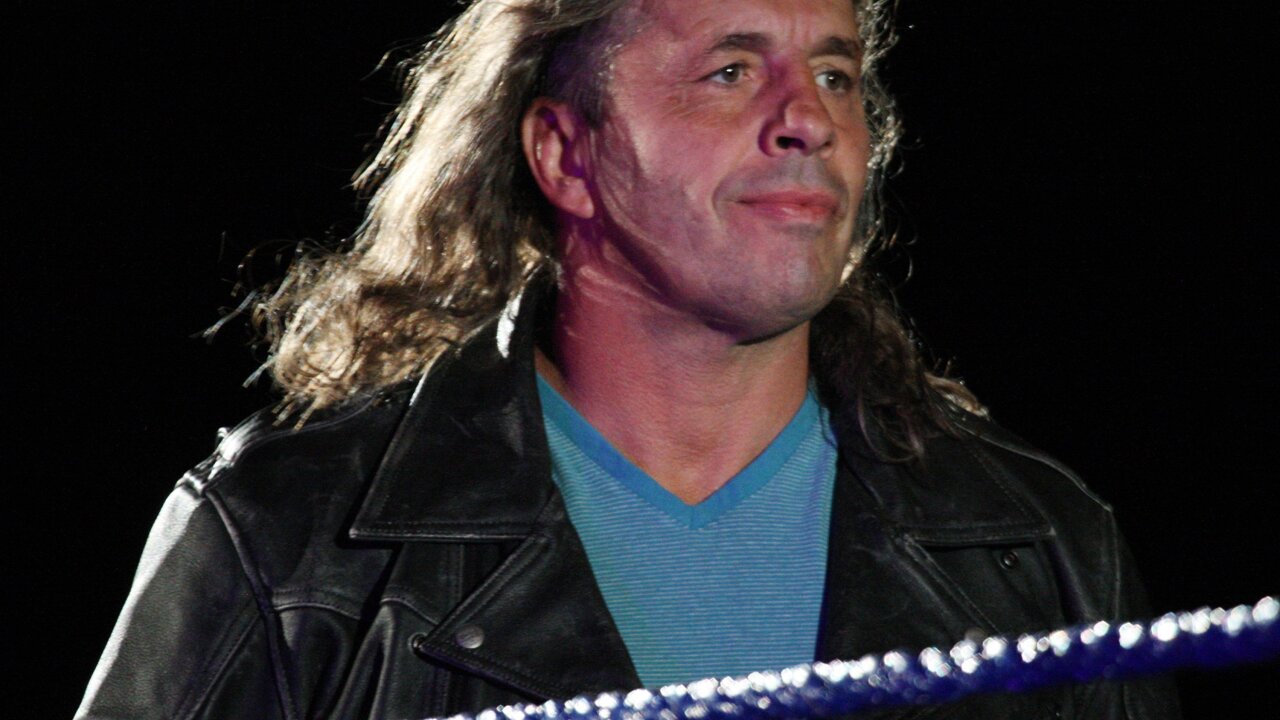 A man rushed the stage and tackled pro wrestler Bret “The Hitman” Hart as he was speaking at the WWE Hall of Fame ceremony in New York on Saturday night.

Pro wrestler Bret “The Hitman” Hart was on stage honoring his brother-in-law, Jim “The Anvil” Neidhart and the tag team the two had formed in the mid 1980s, which was being inducted into the WWE Hall of Fame Saturday night.

As Hart was speaking at the ceremony in New York, a man rushed on stage and tried to tackle him.

But the attempt barely lasted seconds, as a swarm of wrestling stars came to Hart’s rescue, leaping into the ring from all directions and pinning the man down. They included legends like Xavier Woods, Tyson Kidd, Drake Maverick and Curtis Axel, and Ronda Rousey’s husband and UFC heavyweight, Travis Browne.

The live broadcast cut out as Zachary Madsen, 26, jumped into the ring and grabbed Hart, 61, the NYPD said in a statement.

A man rushed the stage and tackled pro wrestler Bret “The Hitman” Hart as he was speaking at the WWE Hall of Fame ceremony in New York on Saturday night.

Hart was on stage with his niece, Natalya, Neidhart’s daughter and also a WWE wrestler, who also fell to the ring floor as Madsen tackled Hart.

The two men partnered to create The Hart Foundation in 1985 and quickly climbed the WWE ranks as one of the most popular tag teams and winning the World Tag Team Title twice.

“The Hart Foundation left an indelible mark on WWE’s tag team division and created many lasting memories for the WWE Universe,” WWE said.

The two eventually split and Hart went on to have a glorious career on his own with five WWE Title reigns.

Neidhart later teamed up with his other brother-in-law, Owen Hart. In 1997 a new Hart Foundation formed consisting of Neidhart, Bret and Owen Hart, Davey Boy Smith and Brian Pillman.

“I’m so proud of my uncle @BretHart tonight during our HOF ceremony,” Natalya tweeted after the event. “Bret is a cancer survivor, a stroke survivor and one of the greatest wrestlers of all time. He didn’t deserve to be attacked or have his moment or my dad’s diminished. We got it back on track. Thank you, guys.”

Security held Madsen down until police arrived and arrested him. A security guard suffered minor injuries, according to CNN affiliate WLNY.

Madsen faces two counts of third-degree assault, criminal trespass, and one other misdemeanor charge, according to NYPD. It said Hart was not transported to the hospital and continued with his speech.

Wrestlemania, WWE’s biggest event of the year, will take place at MetLife Stadium in New Jersey on Sunday night.