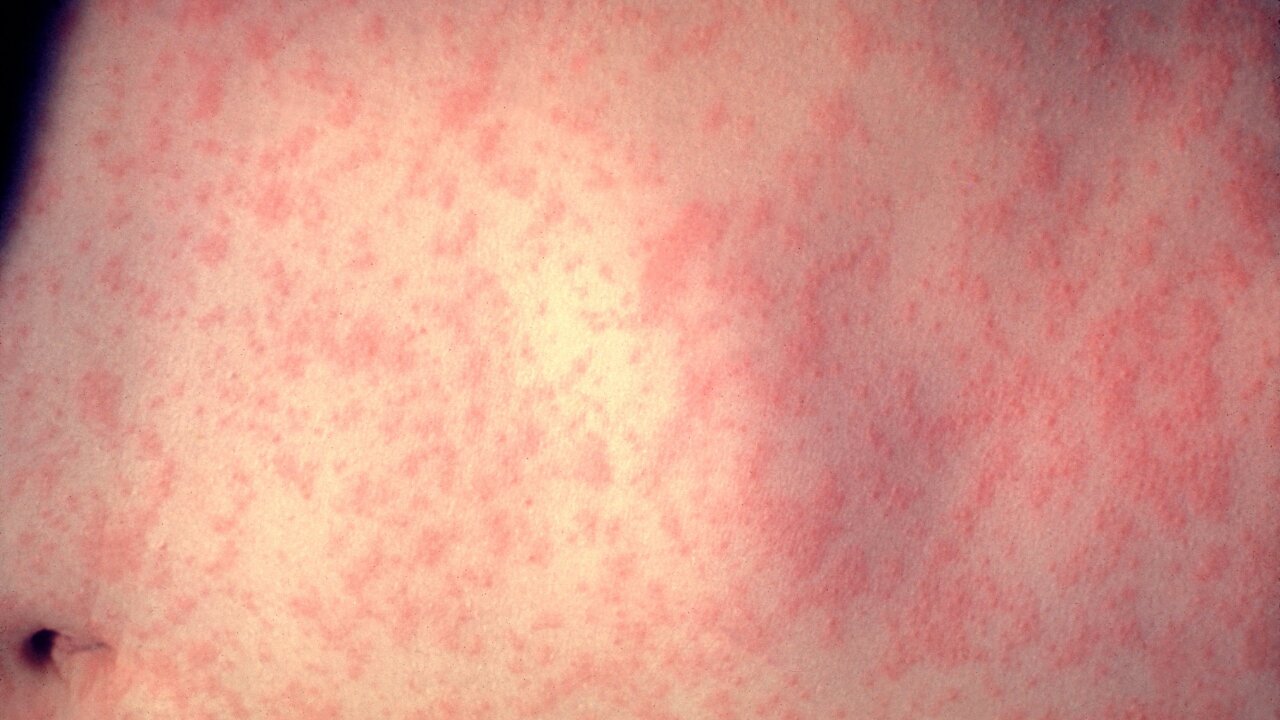 At least 465 cases of measles have been reported in the United States since January 1, according to the latest numbers shared by the US Centers for Disease Control and Prevention.

At least 465 cases of measles have been reported in the United States since January 1, according to the latest numbers shared by the US Centers for Disease Control and Prevention.

At least 465 cases of measles have been reported in the United States since January 1, according to the latest numbers shared by the US Centers for Disease Control and Prevention on Monday.

That’s 78 more cases than the number reported last week and includes cases reported to the CDC by state health departments as of April 4; it therefore does not include cases reported since then.

The total number of measles cases nationwide this year “is the second-greatest number of cases reported in the U.S. since measles was eliminated in 2000,” the CDC says. That threshold was reached last week when the national total for the year surpassed last year’s total of 372. The largest outbreak was in 2014, when there were 667 cases reported nationwide due to several large outbreaks.

Measles is a highly contagious, vaccine-preventable respiratory illness characterized by a rash of flat red spots. Symptoms may include fever, cough, runny nose and watery eyes.

As of Thursday, 17 cases were reported in California. New Jersey health officials reported 13 cases for the year as of Friday. Seven cases have now been reported in Illinois.

Michigan reported 39 cases as of Friday, all but one of them in Oakland County.

Washington state reported 78 cases in an outbreak that began in January. That includes individuals in Washington, Oregon, Hawaii and Georgia who all became infected in Washington. (Hawaii is not included on the CDC list of states reporting cases because the cases there were reported by Washington.)

Oregon has also reported seven other cases that are not linked to that outbreak.

In February, Colorado, Kentucky, Connecticut and Texas all reported cases of measles.

There is also an ongoing outbreak in observant Jewish neighborhoods in New York that began in October when, according to health officials, an unvaccinated child became infected with the illness while visiting Israel.

“Since then, there have been additional people from Brooklyn and Queens who were unvaccinated and acquired measles while in Israel. People who did not travel were also infected in Brooklyn and Rockland County,” the New York City Department of Health and Mental Hygiene website says. According to case counts from local health departments, at least 468 cases of measles have been reported in the state since October as part of this outbreak.

On Monday, the New York City health commissioner, Dr. Oxiris Barbot, ordered all yeshivas, which are Orthodox Jewish schools, in Williamsburg to prohibit unvaccinated students from attending. In December, Barbot issued the same order for yeshivas in affected parts of Brooklyn.

Also on Monday, Rockland County Executive Ed Day released a statement to “vehemently disagree” with a judge’s order issued late Friday that prohibits the county from enforcing a ban put in place last month barring unvaccinated children from public places. The ban was established in an effort to contain the outbreak there.

“I absolutely do not agree with the judge’s opinion that this measles crisis does not rise to the level of an emergency, when, in fact, we are facing the longest lasting current outbreak in the nation, and the largest outbreak in New York State in 30 years,” Day said in a statement. He noted that the judge’s ruling does not apply to a separate December order that prohibits those who are not vaccinated or have not had both doses of the preventive measles, mumps and rubella vaccine from attending school.

Health officials have said that the proliferation of anti-vaccine rhetoric has, in part, fueled an increase in the number of measles and other vaccine-preventable diseases in the United States.