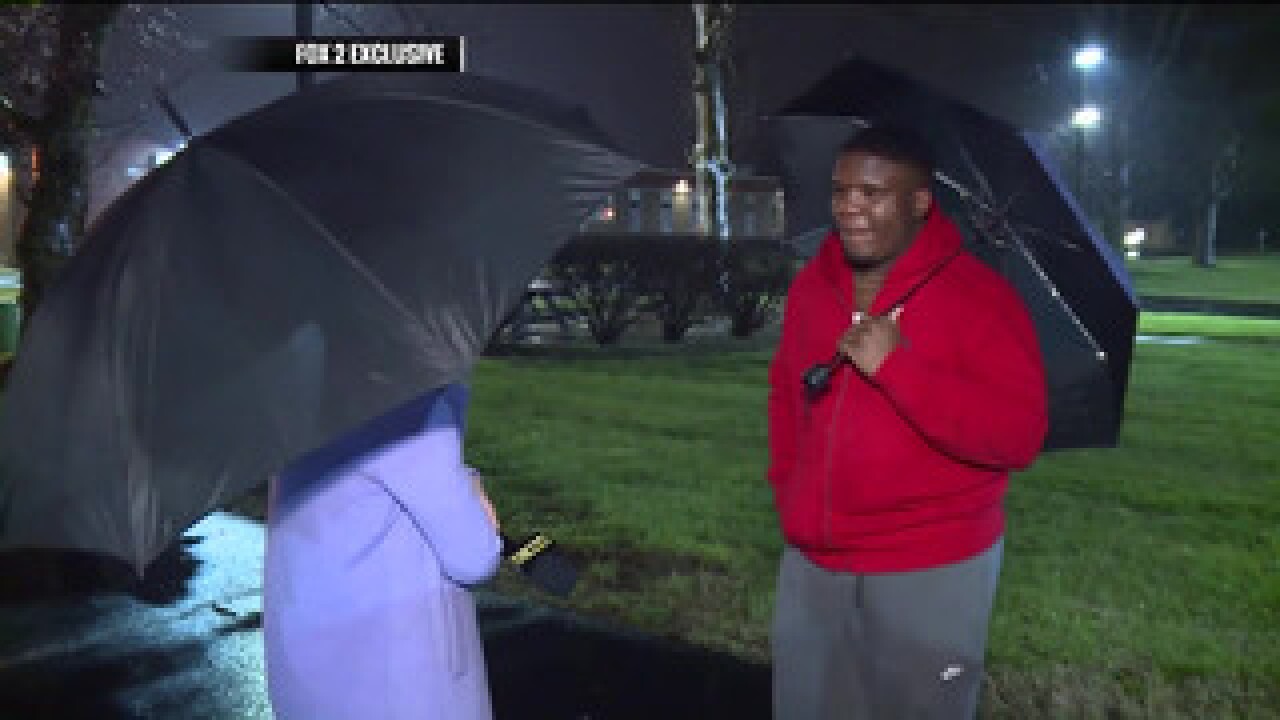 CENTREVILLE, Ill. (KTVI/KPLR) — A group of nurses reportedly bonded a local father out of jail after he was arrested for several traffic violations while driving his daughter to the hospital.

Darius Hinkle said a group of nurses bonded him out of jail after he was arrested for breaking traffic laws while rushing his 1-year-old to the hospital.

He said the nurses work at Touchette Regional Hospital in Centreville.

Hinkle admitted he does not have a valid driver’s license and said he was speeding on the way to the hospital on Thursday, but said he did it because his 1-year-old daughter was choking on a penny.

“The first thing in my mind was to get her to the hospital,” Hinkle said.

Hinkle said by the time he arrived at the hospital, more than a handful of police officers with different agencies were behind him.

Hinkle said he was taken into custody once he arrived at the hospital. The 1-year-old’s mother said she arrived at the jail when a woman she didn’t recognize was there to bond Hinkle out. That’s when she learned a group of nurses chipped in money to bond the father out.