CHARLOTTESVILLE, Va. - The celebrations have really only begun outside the University of Virginia campus as Cavs fans flocked to the local apparel shop to get their Championship gear.

The streets were packed with thousands of students after the exciting win Monday night, they raced out of bars and watch parties to cheer together in the street.

This is the first time in the school's history that the men's basketball team has come home victorious in the NCAA final. The die-hard fans want the gear to prove it!

The @UVAMensHoops is about to be arriving back at home @JPJArena ! Their fans are already lining up to say #WELCOMEHOMECHAMPS #GOHOOS #WAHOOWA #UVA https://t.co/lqMXg69ndO pic.twitter.com/vzLDFbXhAm

‘The smaller the fans, the bigger the heart’ - at least that’s my motto ❤️🏀#gohoos #wahoowa #uva #uvabasketball @UVAMensHoops pic.twitter.com/Nhbor0zL9L

Dozens of shoppers wrapped around Mincer's getting t-shirts, hats and socks for the entire family. News 3 spoke to fans who drove from near and far to shop Tuesday morning before the team came home Tuesday afternoon.

The Cavaliers arrived at the John Paul Jones Arena just after 5 p.m., coming back to see their fans as champions!

News 3 was there with full coverage from inside the arena. 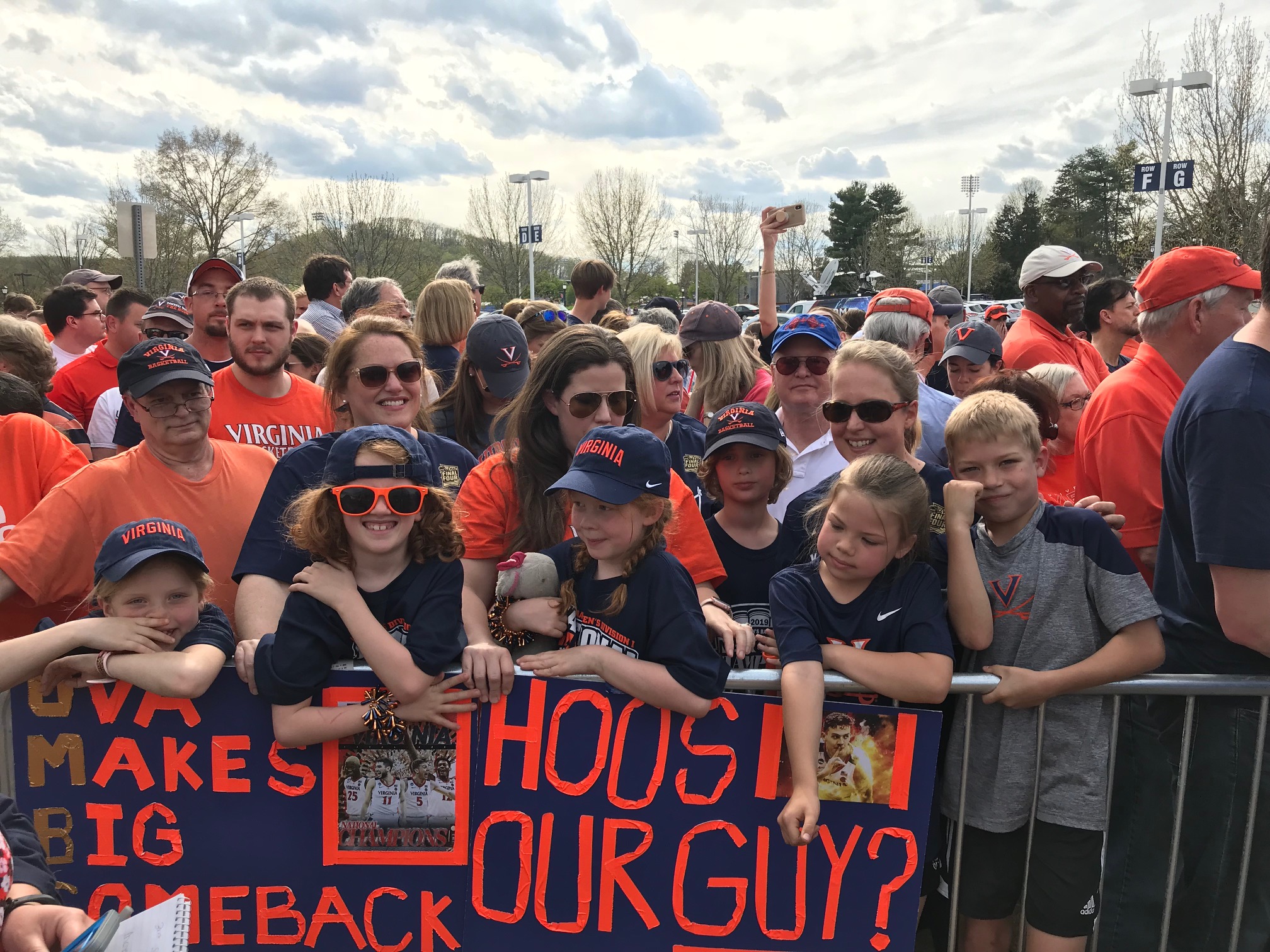