PORTSMOUTH, Va. — Firefighters in Portsmouth responded to a fire in the 1100 block of Alcindor Road on Tuesday morning.

According to officials, crews found heavy fire extending from the roof of the home when they arrived on scene.

Firefighters found the fire was accidental. The fire was brought under control by 8:30 a.m.

No injuries have been reported but two adults and two children have been displaced. The Red Cross is assisting the residents. 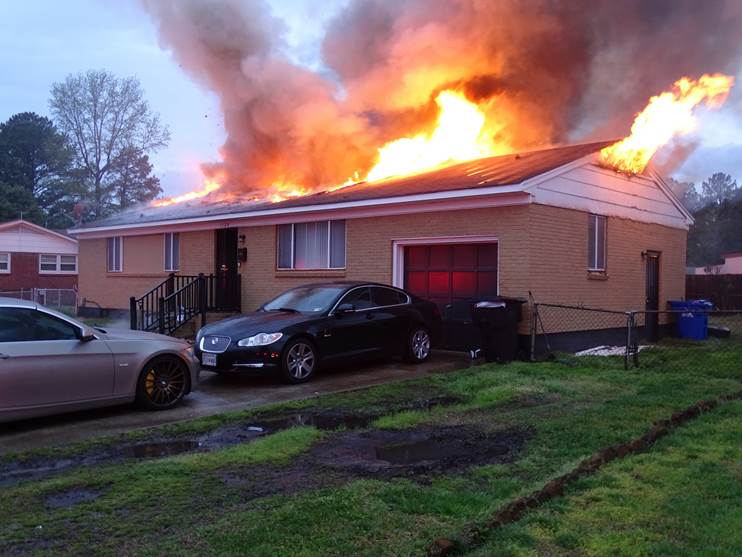