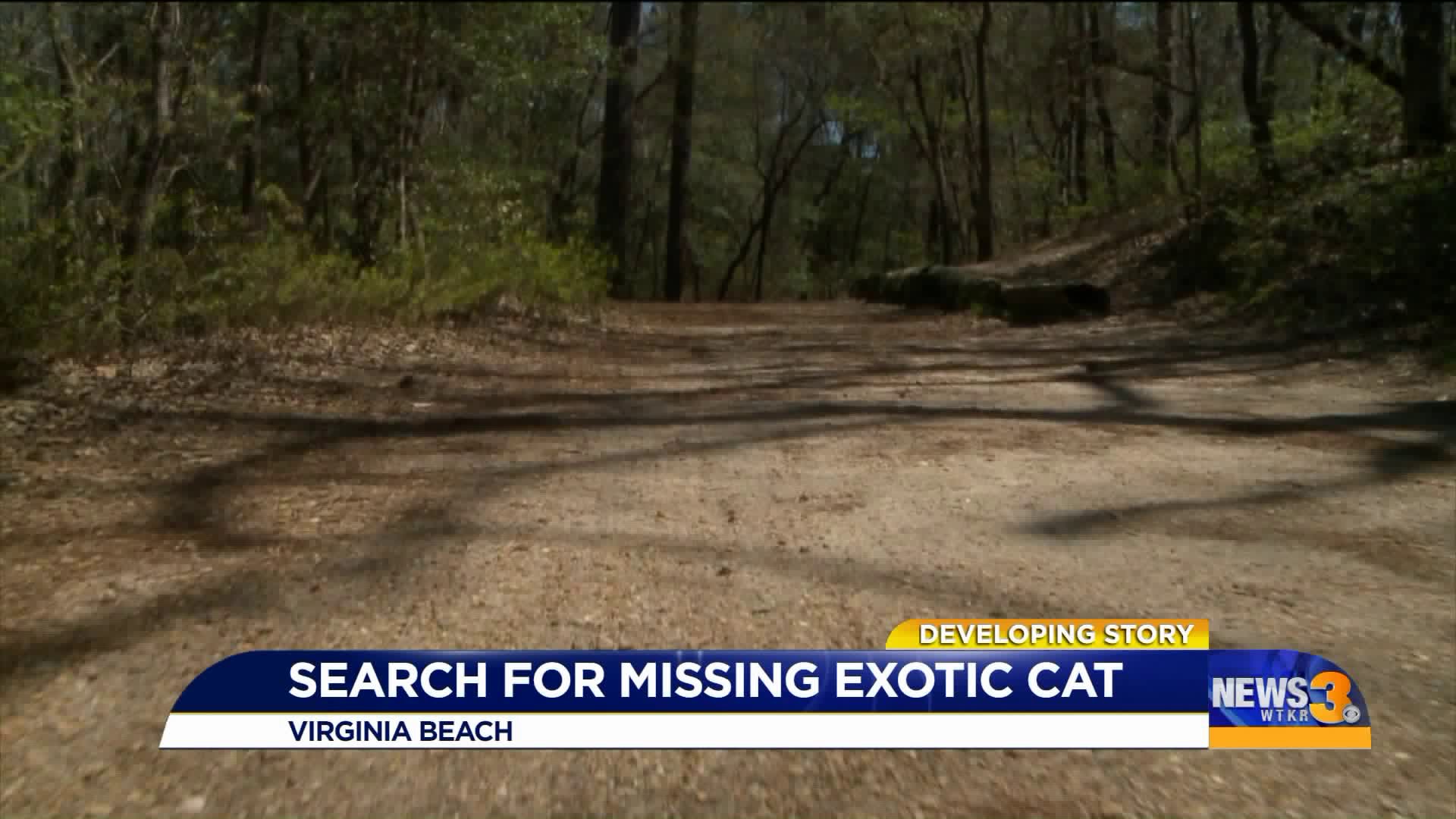 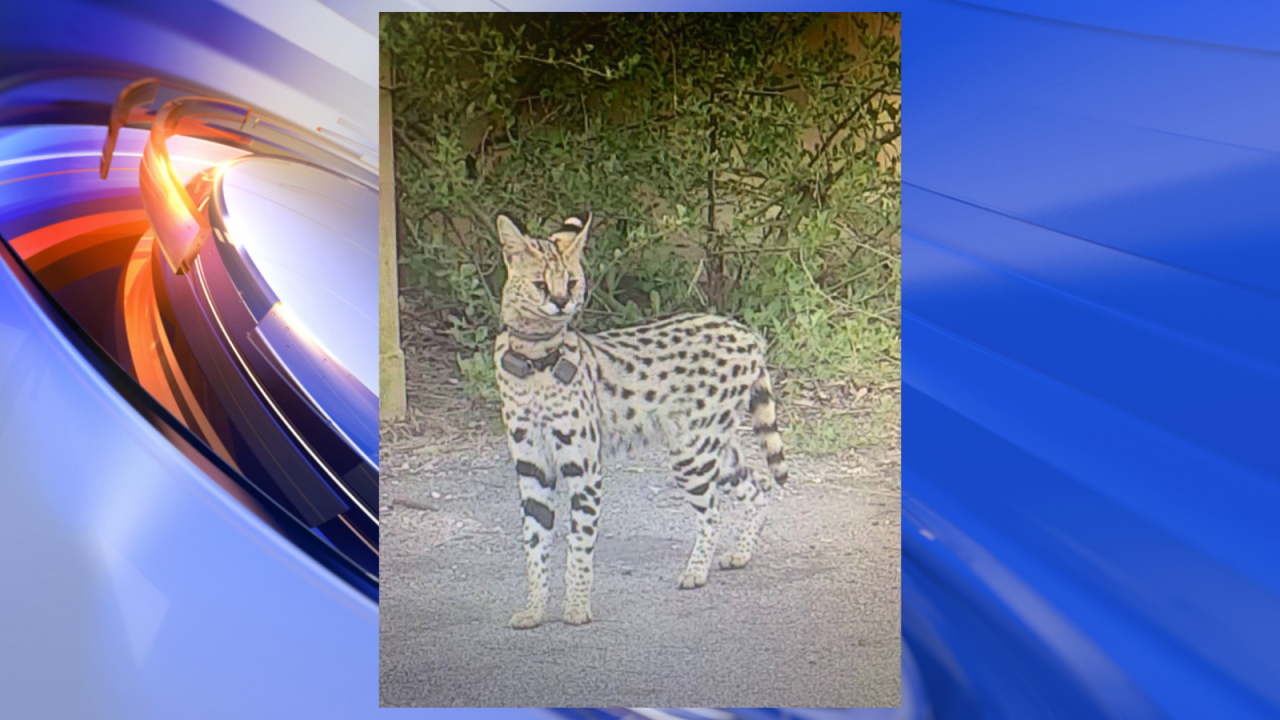 After responding to the sighting, Animal Control officers searched the area and found tracks; however, they were unable to locate the animal, which is known to eat small rodents such as mice and squirrels as well as small birds.

Rocky is believed to weigh about 25 pounds, and he has long legs that make him about 25 inches tall at the shoulders. Officials say he was wearing a collar with two boxes, which could possibly be electric fencing or tracking.

Animal Control officials say Rocky has an owner, who is assisting with efforts to find him. Rocky had reportedly been missing from his home in Kitty Hawk, North Carolina, since October.

Rocky may be social with humans, but officials are advising anyone who sees him to not approach or interact with him. Instead, you are asked to call Animal Control at (757) 385-5000 and report where you saw Rocky.

The owner and Animal Control are likely to be laying traps for the animal.