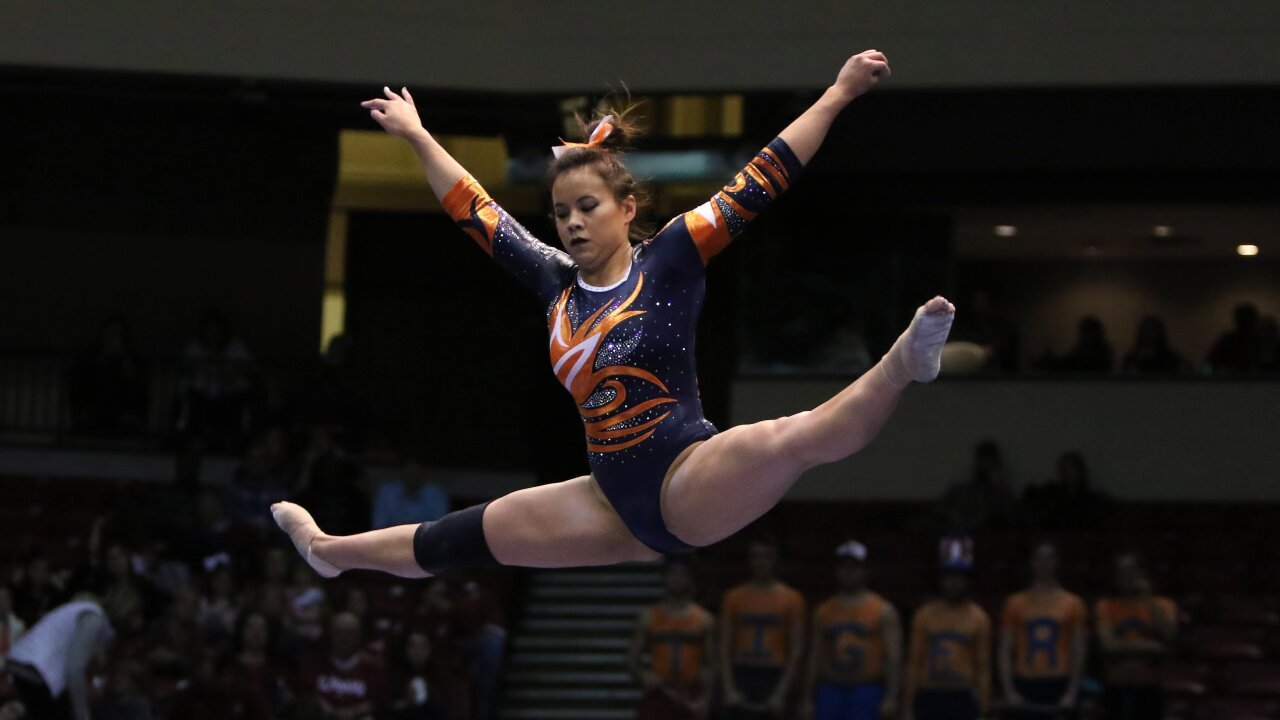 Samantha Cerio’s gymnastics injury was the kind that ends seasons and spawns hundreds of thousands of video views on the web.

On Friday, the Auburn senior was competing at an NCAA regional meet when, on a floor exercise tumbling pass, her knees did something they are not supposed to do during a landing.

It is very hard to watch. We did, and we cannot recommend that you do.

She will have a lengthy recovery period, after doctors fixed her dislocated knees and repaired torn ligaments Monday.

But the go-getter, soon-to-be rocket scientist is also getting married in June.

She’ll be ready, her coach says.

“I’m not sure if we can predict her recovery but the prognosis is extremely good and her goal is to walk down the aisle on her wedding day,” Coach Jeff Graba said. “If anyone can do this it would be Sam Cerio!”

Cerio has been a success in everything she does. She’s a top aerospace engineering student who, according to a profile on AuburnTigers.com already has a job lined up with Boeing as a structural design analysis engineer on rockets.

Auburn Tigers gymnast Samantha Cerio performs on the balance beam at the Elevate the Stage Meet between the Tigers and the Alabama Crimson Tide. (Getty Images)

She’s an all-conference gymnast and is president of the advisory council for athletes. She’s the co-scholar athlete of the year in the Southeastern Conference for her sport with a 3.48 grade point average.

“She is the president of our Student Athlete Advisory Committee as well as a team captain on one of the best teams in the country. She does all of this while studying, and soon to be graduating with a degree,” Graba said. “She is driven to achieve excellence and can be one of the toughest and most focused competitors you could imagine.”

Cerio also wants to show people that athletes are often different than they are perceived, AuburnTigers.com reported.

After her injury on Friday, her teammates pulled together to extend the year into the last day of the regional.

“Sam wouldn’t want us to fall apart. Sam is the most team-oriented, team-spirited person on our team. She wants everything for the team,” Drew Watson, a sophomore, told the team website.

Auburn’s season ended Saturday when the Tigers finished fourth at the Baton Rouge Regional. Louisiana State University and the University of Utah advanced to the national championships.

With her career over, Cerio told fans on Instagram she was proud of the person gymnastics has helped her become.

“It’s taught me hard work, humility, integrity, and dedication, just to name a few,” she wrote. “It’s given me challenges and road blocks that I would have never imagined that has tested who I am as a person. It may not have ended the way I had planned, but nothing ever goes as planned.”

“I think if Sam wanted to coach she would be a tremendous coach,” Graba said. “However, I think Sam is so driven she most likely won’t stop pushing until she achieves her dreams in her aerospace engineering career.”

WARNING: VIDEO IS DISTURBING TO WATCH