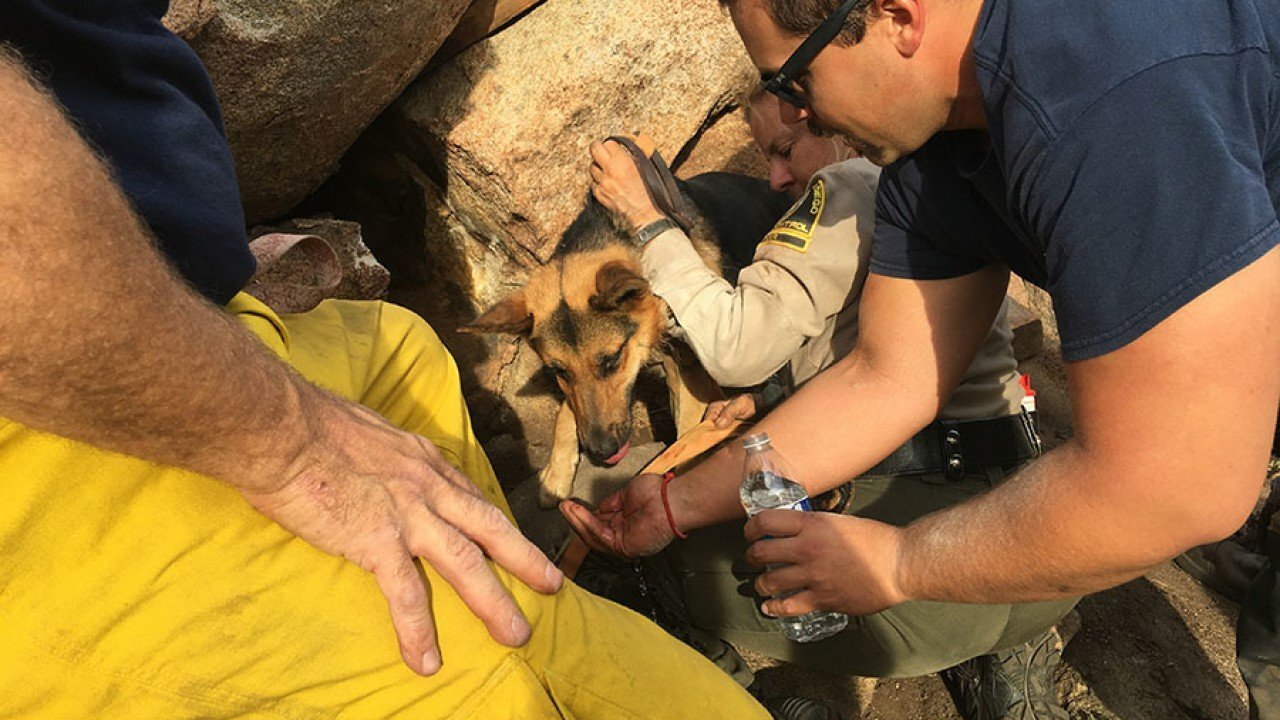 Valley Center, CA (KGTV) — A dog trapped between large rocks in Valley Center was rescued after being stuck for four days.

VCFPD officials said the dog was apparently trapped since Monday, but while the property owners could hear the dog, the could not locate her until Thursday.

Responding crews worked to chip away and move the large rocks, eventually pulling the dog out without any injury.

The dog, which VCFPD officials named “Rocksann,” is currently at a local animal shelter but already set to be adopted.

Officials did not know how the dog became trapped in the rocks.