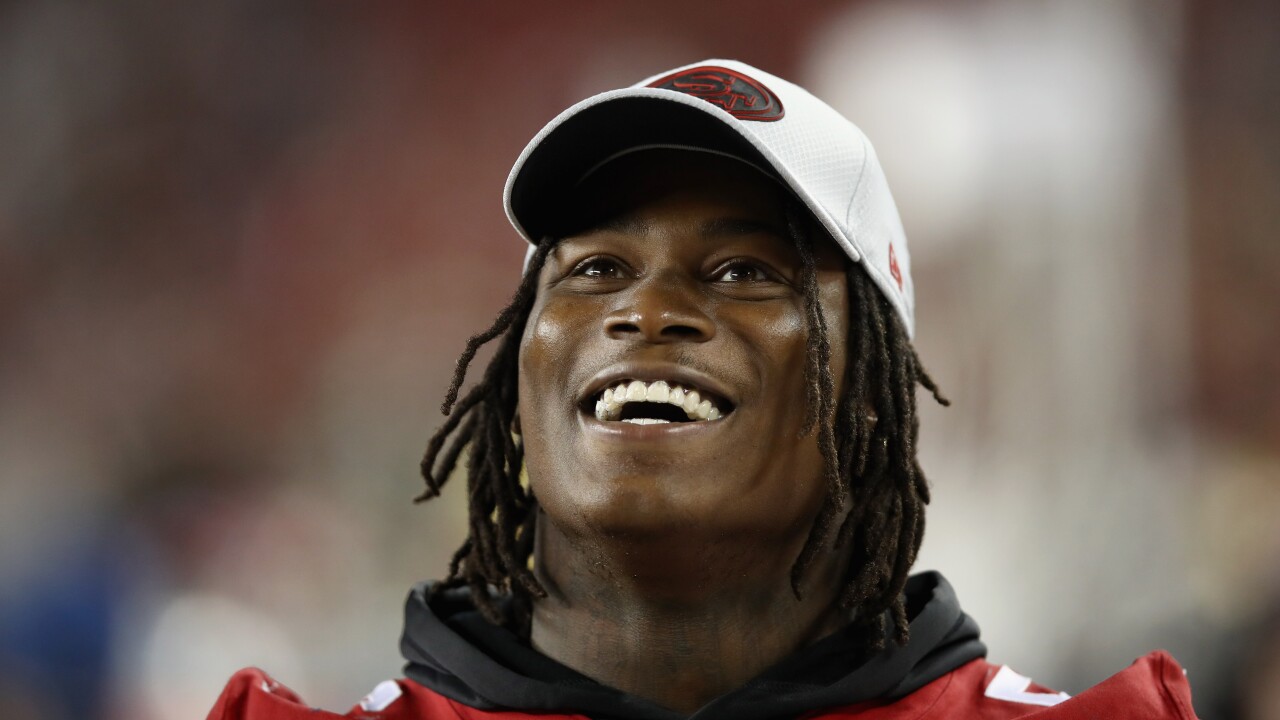 Friday, the NFL notified Redskins linebacker Reuben Foster he will be fined two game checks following a “review of recent incidents and an assessment of his adherence to obligations arising from previous violations of league policies.” Following a thorough investigation, the league says evidence did not support a finding that Foster violated the NFL’s Personal Conduct Policy in connection with the Tampa incident in November 2018. The NFL has returned Foster to the active roster from the Commissioner Exempt list. He may fully participate in all team activities.

“Reuben understands that his past actions have led a lot of people to doubt him, and he has committed to doing the work necessary to earn the trust of his teammates, our great fans, and the NFL,” Redskins President Bruce Allen said in a statement.

The 2017 first round draft pick (31st overall) was cut by the San Francisco 49ers after being arrested at the team hotel on suspicion of domestic violence in November. His Exempt List designation meant Foster could not practice or attend games, but with the club’s permission he could be present at the club’s facility on a reasonable basis for meetings, individual workouts, therapy and rehabilitation, and other permitted non-football activities.

Foster was arrested after Tampa police officers responded to the Grand Hyatt hotel, according to a release from the city. The former first-round NFL draft pick was charged with one count of first-degree misdemeanor domestic violence and booked into the Hillsborough County Jail, the release says. Foster’s former team, the San Francisco 49ers, was in town to play the Tampa Bay Buccaneers.

Those charges were dropped in January.

“I am grateful to the Washington Redskins and the NFL for giving me this second chance,” Foster said in a statement. “I appreciate the support I have received from the league, my team, and my union to help me succeed. I want to thank Commissioner Goodell for the time that he has spent with me and for his understanding of me as a person.  I accept the NFL’s decision and want to say that I am truly sorry for my past actions and the people who may have been hurt by them. Going forward, I will follow the plan outlined for me and work hard to earn back the trust of my teammates, the NFL, NFL fans, and the community. I know that my success is all up to me, and I am committed to not letting you down.”

Foster has acknowledged that he is responsible for his actions, and he has committed to a comprehensive accountability plan developed by the league, the NFLPA, and the Redskins to help him grow personally and avoid future misconduct. Foster was advised that any future incidents will likely result in more substantial discipline.

He was charged with felony domestic violence in April 2018 for allegedly attacking his girlfriend in February at their home, leaving her bruised and with a ruptured eardrum, the Santa Clara County District Attorney said. The charges were dismissed after the victim recanted her story, although the Santa Clara DA’s office said the evidence demonstrated he “seriously hurt his girlfriend.”

“We have been very clear with Reuben that his past does not have to determine his future – but the responsibility is squarely on him to change,” Allen added. “Reuben must fully adhere to the plan we have developed for him. Reuben knows that we simply will not tolerate any future conduct that is detrimental to the Washington Redskins organization or to the NFL.”

Prior to being selected in the 2017 NFL Draft, he was also sent home early from the combine after getting into a heated discussion with a hospital worker while waiting to get tested. His urine sample also came back as a diluted sample which, according to the NFL’s substance abuse policy, is considered a positive test.

After a rookie season in which he was the highest-graded rookie linebacker according to Pro Football Focus, so far in 2018 – Foster had an overall grade of just 44.3, which ranked 76th out of 85 qualifying linebackers.