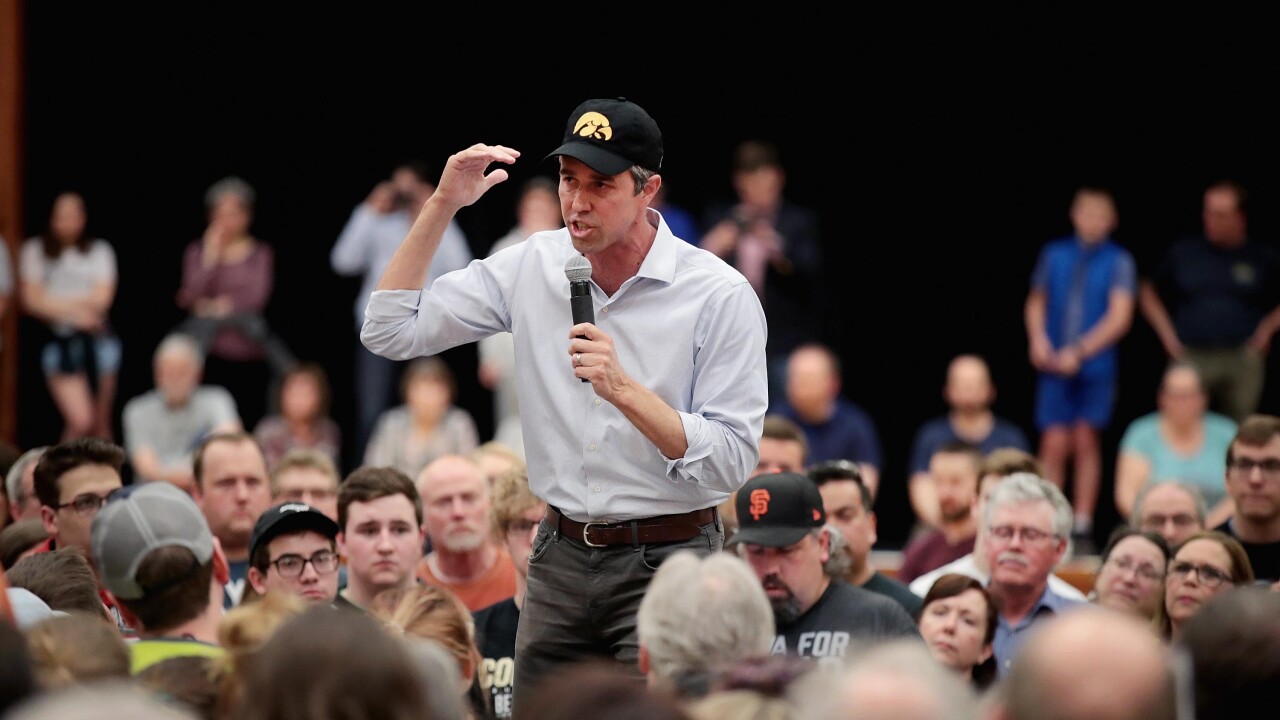 IOWA CITY, IOWA – APRIL 07: Democratic presidential candidate Beto O’Rourke speaks during a campaign rally at the University of Iowa on April 07, 2019 in Iowa City, Iowa. The rally was O’Rourke’s final stop of a five-day campaign swing through the state. (Photo by Scott Olson/Getty Images)

Under the category of “it’s never too early,” Hampton Roads will get its first visit from a Democratic Presidential candidate next week. Former Texas Congressman Beto O’Rourke will host town halls and meet and greets in Norfolk, Hampton, Williamsburg and six other Virginia locations April 16th and 17th. The candidate has not announced exact locations.

The most recent poll from Monmouth University, released Thursday, shows O’Rourke in sixth place in the Democratic field among Iowa voters. That survey puts former Vice President Joe Biden, who has not announced he is running, at 27%, followed by Vermont Senator Bernie Sanders at 16%, followed by South Bend, Indiana Mayor Pete Buttigieg at 9%, Senator Kamala Harris and Senator Elizabeth Warren at 7% and then O’Rourke at 6%. A poll of New Hampshire voters by St. Anselm College produced similar results. Iowa and New Hampshire hold the first contests in the 2020 election.

Voters in Virginia and North Carolina vote on Super Tuesday, which is March 3rd, 2020.