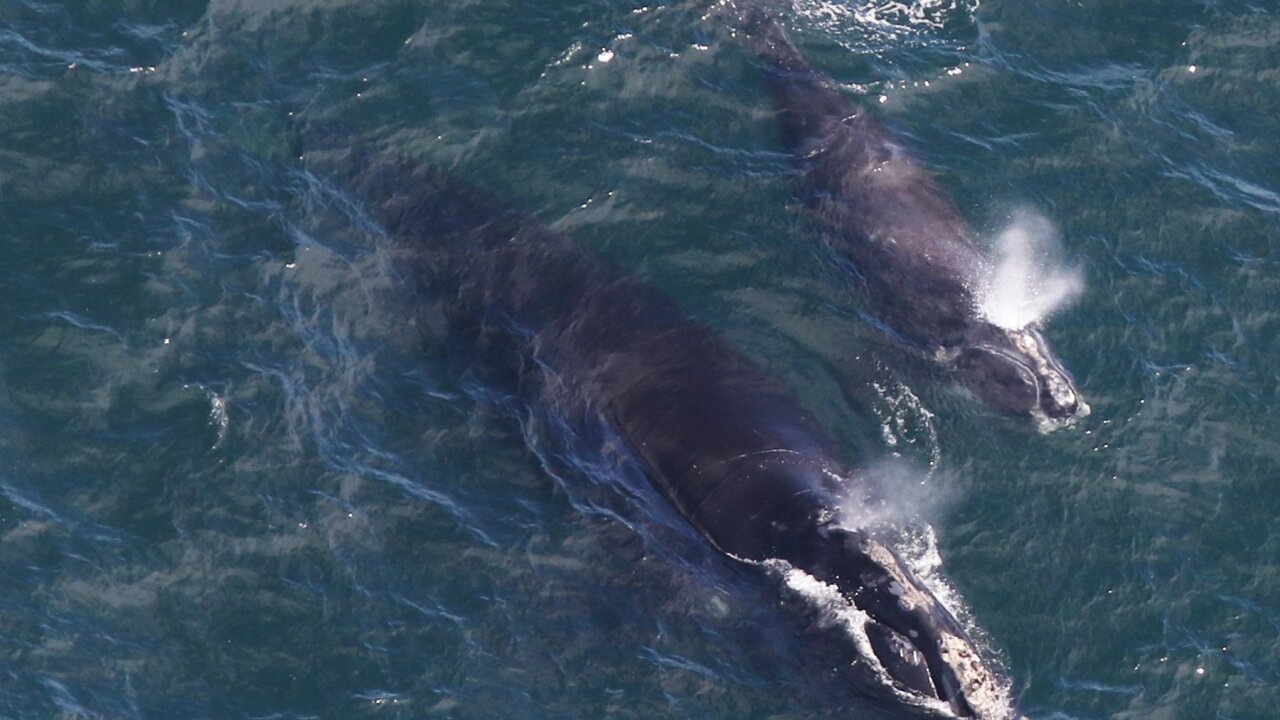 Two North Atlantic right whale calves were spotted by a survey team in Cape Cod Bay, bringing the number seen in that area 2019 to three.

North Atlantic right whale calves are being spotted again this year, a small ray of light for one of the world’s most endangered large whale species.

Two calves were spotted by the Center for Coastal Studies’ aerial survey team in New England’s Cape Cod Bay, bringing the number seen there to three for 2019, the center said last week.

Two North Atlantic right whale calves were spotted by a survey team in Cape Cod Bay, bringing the number seen in that area 2019 to three.

There are only about 411 of these whales left in the world, and last year, not a single calf was spotted, making researchers wonder if they may be on the edge of extinction.

Earlier this year, the Natural Resources Defense Council said seven calves had been spotted off the coasts of Florida and Georgia, where they are born. After calving, the whales make their way north to New England, usually in April. The three seen in New England were among the seven seen on the southern coast, Charles “Stormy” Mayo, director of the Right Whale Ecology Program at the Center for Coastal Studies, told CNN.

“Every calf is precious,” Francine Kershaw of the NRDC wrote in a blog. “The seven born so far this year offer an emblem of hope that North Atlantic right whales can bounce back if given the chance.”

The population has been especially hard-hit in previous years. In 2017, 17 dead right whales — an unusually high number — washed up on Atlantic beaches. At least 50 whales have died this decade, according to Mayo.

“If you don’t have calves and you have whales dying, that’s a pretty bad situation,” Mayo said.

North Atlantic right whales have been listed as endangered since 1970 under the Endangered Species Act. After being hunted almost to extinction in the 19th century, they are now threatened by climate change, with warming temperatures affecting their food chain, as well as by fishing nets, boats striking them and ocean noise.

It’s a “good sign” that the three baby whales made it to Cape Cod Bay from where they were spotted in southern waters, Mayo said. They had made a “perilous” journey, relationships with their mothers are well established, and now they are in the more protected waters they use as nursery grounds.