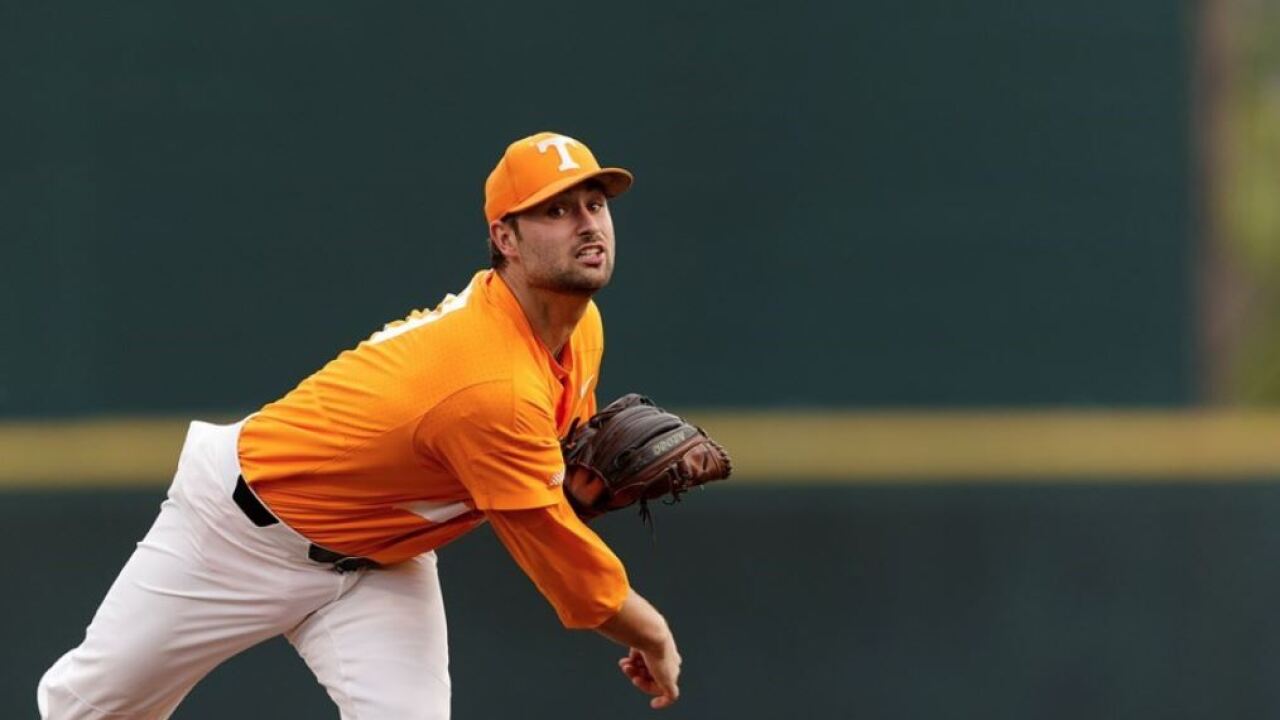 Stallings had arguably the best start of his Tennessee career in Friday night’s series-clinching victory over No. 2 Georgia. The Chesapeake native threw his first-career complete-game shutout to lead the Big Orange to a 3-0 victory over the Bulldogs.

Stallings scattered five hits and struck out five while issuing just one walk. He did not allow a single runner to reach third base and retired the final seven batters of the game to improve to 6-2 on the season. Stallings was extremely efficient, recording 10 one-pitch outs and five two-pitch outs on the night. His six wins are tied for second in the SEC while his 1.88 earned run average is the best on the team and ranks eighth in the conference.

Rated as the No. 119 overall Major League Baseball Draft prospect by D1Baseball.com, Stallings has pitched more than 200 career innings for Tennessee. After going 3-and-4 as a freshman, he went 5-and-5 as a sophomore. This season, he’s 6-and-2 in nine starts. He’s recorded 64 strikeouts in 62.1 innings pitched.

A four-year letterman and two-year varsity captain for Grassfield High, Stallings was listed as the No. 6 right-handed pitcher and No. 9 overall player in the state of Virginia by Perfect Game entering the 2016 Major League Draft.

The @SEC Pitcher of the Week is none other than @garrettstall!