Selena Salazar's family said they believe she was lured by a man she met online.

Her aunt, who adopted Selena and her siblings, said she has suffered from sleepless nights, nightmares and constant worry over the last year.

“It’s every day. You can’t get away from it,” said Erin Finley-Orick.

At 13 years old, police believed Selena ran away after she disappeared in the middle of the night. The teen was living in Portsmouth but has ties to Virginia Beach and Newport News.

Finley-Orick said Selena has not been heard from since then.

Police investigated the situation and told News 3 last week she is still missing.

Members of Finley-Orick’s church, Warwick Memorial United Methodist Church in Newport News, helped in the search and have supported the family throughout this entire ordeal.

“Everyone really is a family here,” said Finley-Orick. “I don’t even have to say I need a hug. People don’t have to ask.”

She said the pain of not knowing where now-14-year-old Selena is can be unbearable at times.

Finley-Orick said they didn’t know Selena had secretly gotten ahold of a cell phone and thinks the teen was lured by a man she was talking to online.

She was unaware of all of Selena’s social media accounts, saying the teen had about five different Facebook pages. 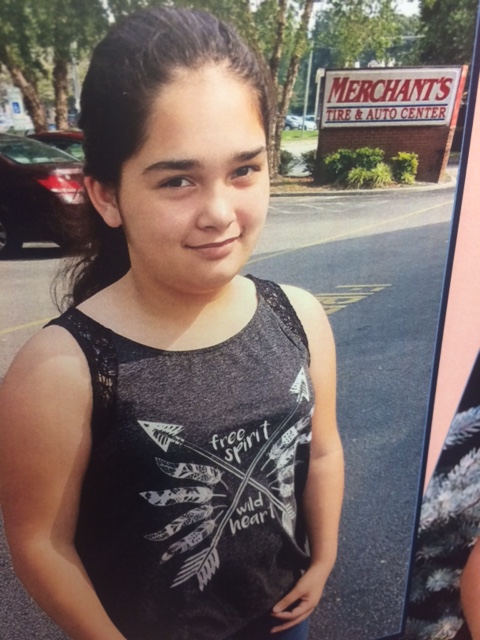 She said this past year has been tough, especially around the holidays.

“Christmas was hard. We did as best as we could because there’s other children, but everyone knew that there’s not only a family member missing but a child missing,” said Finley-Orick.

She said they don’t want to move because they are fearful that Selena would come back to the home and there would be strangers living in the house.

“Realistically, we have to keep doing things but it’s also very stressful. We just want to sit there and wait. You can’t live your life that way,” said Finley-Orick. “We love her very much. We want her home. We want her safe. If she can find a way to contact us, we would love that.”

She is described as a white female who is approximately 5' tall and weighs 148 pounds. She has dark brown hair and brown eyes and was last seen wearing a pair of black and white Adidas sneakers and was carrying a black and white plaid bookbag.

Click here for our full coverage on Selena's disappearance.