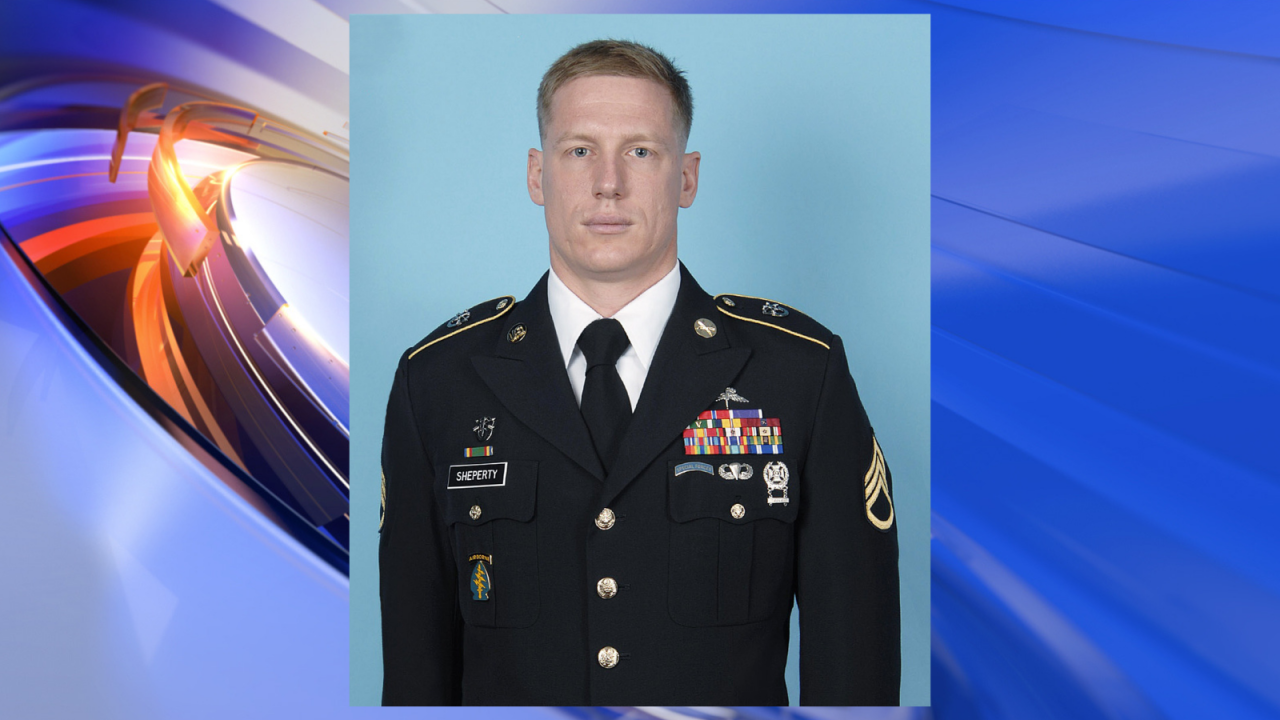 The call for an incident involving an adult male who was participating in a military training exercise came in around 2:02 p.m.

The victim was a soldier with the West Virginia Army National Guard, a spokesperson said.

Suffolk Fire & Rescue crews provided emergency medical assessment and treatment to the victim, and a Nightingale also responded. Despite their best efforts, he was pronounced dead at the scene.

On Thursday, officials identified the soldier as 36-year-old Sgt. 1st Class Nicholas Sheperty. He was assigned to the 2nd Battalion, 19th Special Forces Group (Airborne) in Kingwood, West Virginia. (Officials noted that the photo of Sheperty they released does not depict his correct rank as it is an older picture).

Sheperty was a member of the elite Green Berets and served as a Senior Weapons Sergeant with the 2/19th SFG (Airborne). He joined the West Virginia Army National Guard in 2010.

Before his service with the West Virginia National Guard, he served with the Marine Corps Special Operations Command. He enlisted into the U.S. military in 2002 and served multiple tours in both Iraq and Afghanistan.

“This is an extremely sad day for West Virginia. We owe everything we have to the men and women who step up and make sacrifices to protect our country’s freedom. Cathy and I are praying for Nick’s family and the entire National Guard family, and we ask all West Virginians to join with us,” said Gov. Jim Justice. “We will do everything we can to provide support to his family and will never forget his service and sacrifice to this great State and our Nation.”

“On behalf of the men and women of the West Virginia National Guard, I extend my deepest condolences to Nick’s family, friends and those who served with him. The loss of such an exceptional Soldier and true West Virginia hero will be felt throughout our entire organization,” said Maj. Gen. James Hoyer, the Adjutant General of the West Virginia National Guard. “It’s my hope that people understand, each and every day, there are men and women in the armed forces who are conducting both operations and training in support of the defense of our Nation in a dangerous environment. Not enough people are paying attention while our Soldiers, Airmen, Marines and Sailors are putting their lives on the line for the cause of freedom. Let us never forget the life and legacy of Sgt. 1st Class Nick Sheperty, the sacrifice he made or the sacrifice his family will endure from this tragic incident.”

Sheperty is the recipient of the Bronze Star Medal, the Purple Heart, the Navy/Marine Corps Combat Action Ribbon and the NATO medal, among numerous other awards and decorations.

The Virginia native was a resident of Baltimore, Maryland.

“I was heartbroken to hear this news. This is a solemn reminder of the incredible sacrifice West Virginia service families–and service families across the country–make. This solider and his family will be in my prayers, and my deepest condolences go to all of his loved ones,” said Senator Shelley Moore Capito.

“Gayle and I are terribly saddened to hear of the passing of Sgt. 1st Class Sheperty. We know that our National Guard puts their lives on the line daily to protect us, and we are forever grateful for their sacrifice. West Virginia and the United States lost a brave man whose dedicated service to this country will never be forgotten. We join all West Virginians in praying for his family and friends in the wake of this awful tragedy,” stated Senator Joe Manchin III.

The investigation to determine the cause of the accident remains ongoing.