It’s now legal for your meat to have trace amounts of fecal matter, doctors’ group says 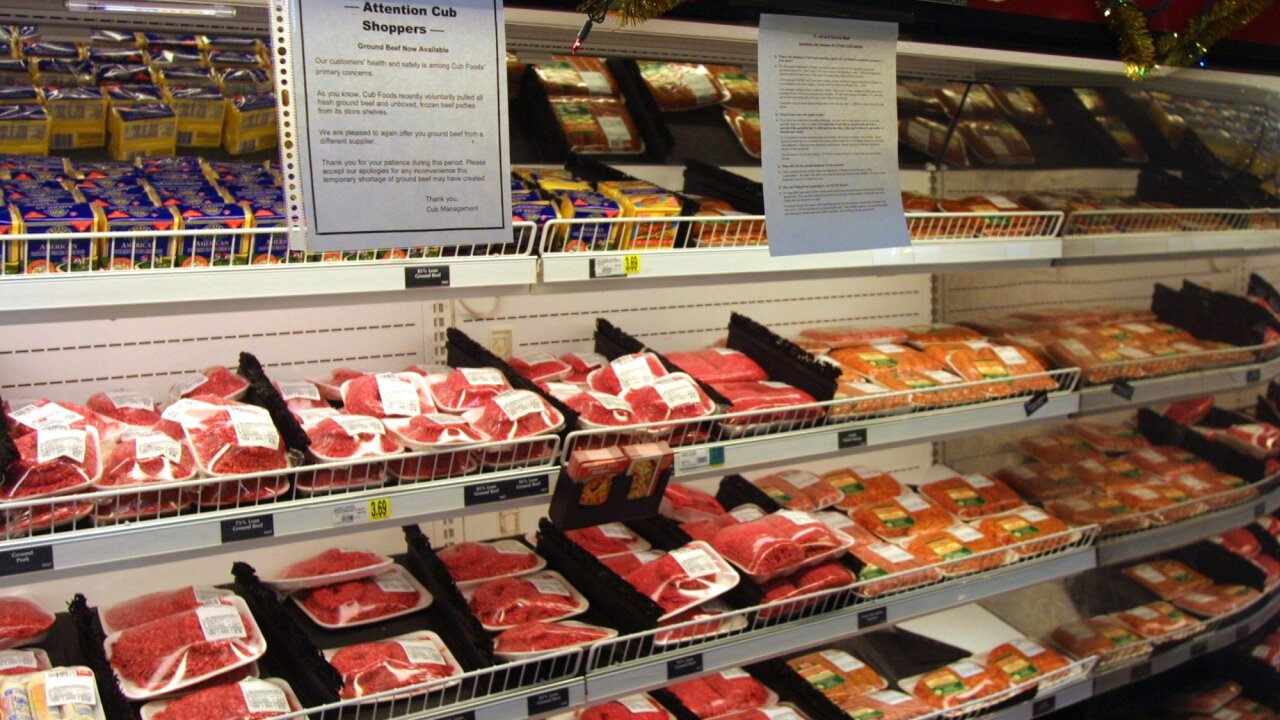 Thirteen people in seven states have been sickened with salmonella since January, the US Centers for Disease Control and Prevention said Tuesday, adding the source of this outbreak is believed to be Jensen Tuna Inc.’s frozen raw ground tuna.

This product “may contain feces.”

That’s the label that one consumer rights advocacy group wants for the government to require meat distributors put on the food they send out to grocery stores.

But it gets at real concerns the PCRM has about the US Department of Agriculture’s food safety inspection system.

The US Department of Agriculture has a “zero tolerance policy for fecal material on meat and poultry,” a spokeswoman told CNN.

USDA said it sends inspectors out to facilities who look at a “statistically valid sample of carcasses randomly selected throughout the production shift.”

But Press says USDA’s current inspection policy isn’t good enough because it only applies to fecal matter that’s “visible” on the production line.

And the USDA has relaxed its rules on the speed at which poultry companies can process birds. The requirement used to be 140 birds per minute, but has since been raised to 175 birds per minute.

That would mean those working on the line are scanning about three birds per second. They’re whizzing by at a rate that’s hard for the naked eye to comprehend.

Doctors are looking for answers

For at least six years, the PCRM has been asking questions about fecal matter contained in the birds we eat on a daily basis.

Yesterday, the group filed a lawsuit in a federal district court based in Washington, DC.

The question matters, first of all, for the obvious gross factor. “Nobody wants to eat feces,” Press says. But it gets more dire quickly: harmful microbes like E. coli are found in fecal matter.

Despite their questions and follow-ups, they say they’re not getting straight answers from the government about its food inspection procedures.

In 2013, PCRM sent a petition to USDA asking for it to change its rules regarding fecal contamination, and to remove the word “wholesome” from the way it labels and categorizes food that’s passed inspection.

The USDA didn’t respond to the petition.

Their lawsuit this week says the USDA violated the Freedom of Information Act by failing to respond to that FOIA request about fecal contamination rates. Federal law requires that agencies respond to FOIA requests within 20 days of the agency receiving them, according to the Digital Media Law Project.

In a statement, a spokeswoman for the Department of Agriculture told CNN that USDA can’t comment on pending litigation.

The requirement around “visible” fecal contamination belies what’s going on in the bowels of those chickens, the PCRM says.

In its legal complaint, the group cites an unnamed federal inspector who spoke to them:

From there, the bird would get into a large vat of water called the chill tank, where fecal matter in the bowels can easily wash out and settle on other bird carcasses in the tank. The inspector cited in PCRM’s legal complaint said this is sometimes called “fecal soup.”

Press said the complaint faces an uphill battle in court. But she was optimistic that reform is possible.

“‘The Jungle’ came out in 1904,” she said. “At that time, there was no federal oversight” of food manufacturing. But Theodore Roosevelt, the President at the time, read the muckracking novel that detailed the horrors of the meatpacking indstury. He demanded action.

In 1906, Congress put the Meat Inspection Act and Pure Food and Drug Act on Roosevelt’s desk for his signature.

Press is hoping that, by detailing the industry’s flaws today, PCRM can push for improvements in food safety.