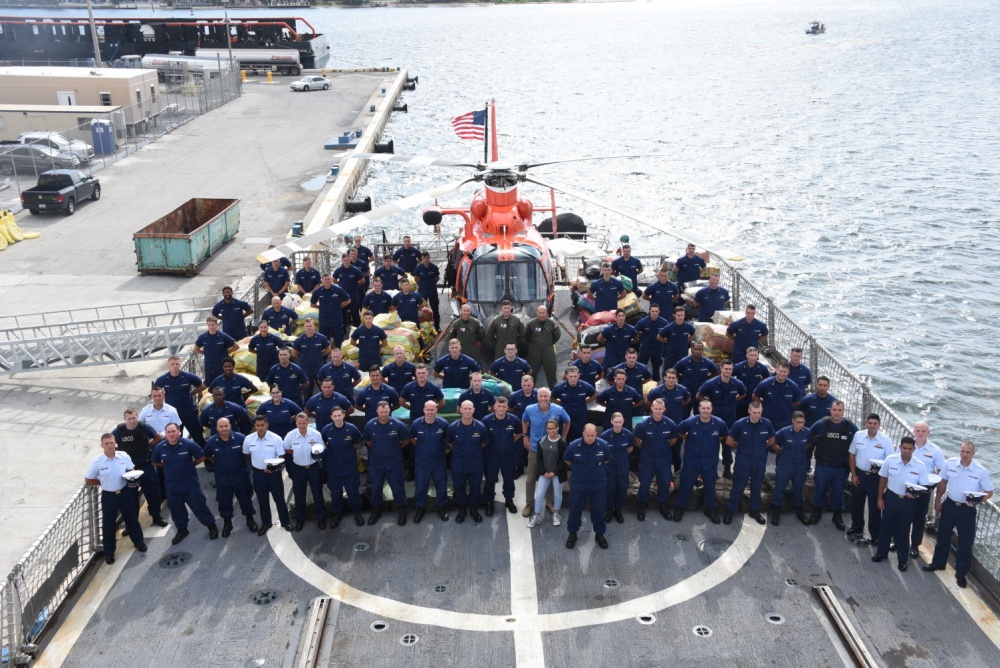 MIAMI – The Coast Guard Cutter Bear (WMEC-901) crew offloaded millions of dollars’ worth of drugs at a Florida port Thursday.

The drugs were seized in international waters in the Eastern Pacific Ocean and were interdicted off the coasts of Mexico, Central and South America. They represent five separate, suspected drug-smuggling vessel interdictions by the U.S. Coast Guard:

“I could not be prouder of this crew’s accomplishments, and of the entire interagency and allied team that continue to stand the watch in an effort to stem the efforts of smugglers that seek to destabilize the Western hemisphere while they line their pockets,” said Lt. Cmdr. Andrew Dennelly, Executive Officer of Coast Guard Cutter Bear. “It is through successful interdictions, such as the ones we are offloading today, that impact these criminal organizations, regardless of the product they are smuggling. It is certainly a team effort with contributions by our Customs and Border Protection Air and Marine Operations partners, Department of Defense, and other DHS partners that make today’s offload possible.”