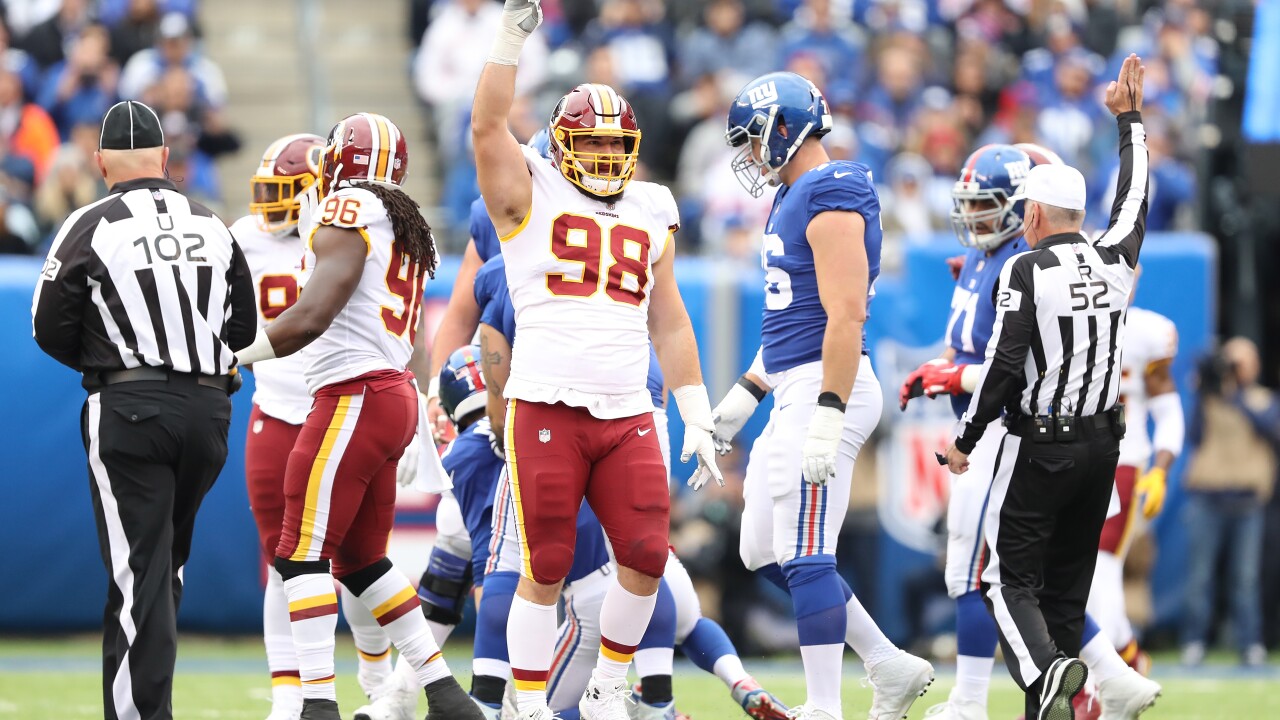 Matthew Ioannidis #98 of the Washington Redskins. (Photo by Elsa/Getty Images)

Ioannidis, a fifth-round selection by the ‘Skins in the 2016 NFL Draft, recorded 23 tackles and 7.5 sacks in 14 games last season – both totals (tackles and sackes) are career highs.

In three seasons, Ioannidis has appeared in 38 games. Over the past two seasons, he has started 14 games and produced 12 sacks and 28 quarterback hits.