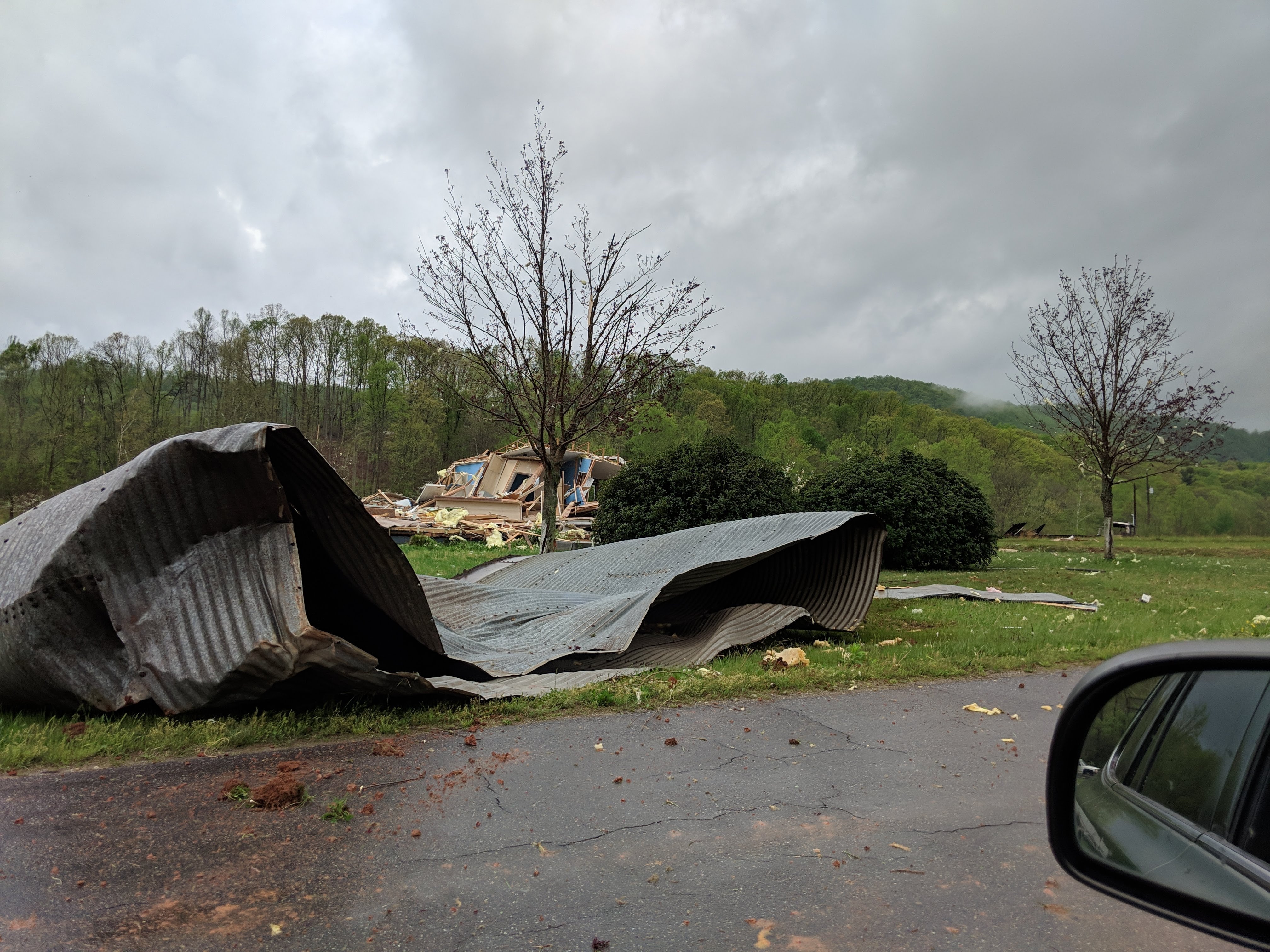 At least four people, including an 8-year-old girl, have died as severe thunderstorms continue to march across the South and then veer north, spawning tornadoes, knocking down power lines and causing roads to flood.

The 8-year-old was killed Friday when a tree fell through a home in Woodville, just south of Tallahassee, the Leon County Sheriff’s office said in a release. A 12-year-old boy was injured.

At least three other people have been killed in the massive thunderstorms that pounded parts of Mississippi and Alabama on Thursday.

The National Weather Service’s Storm Prediction Center issued a tornado watch for parts of the mid-Atlantic, including Washington, until midnight.

There were no active tornado warnings Friday night, Ward said.

About 180,000 customers are without power in the Southeast, according to poweroutage.us, the bulk of those in Florida and South Carolina.

The nasty weather is slated to linger over the weekend.

Severe thunderstorms capable of widespread damaging winds and a few tornadoes will shift across the mid-Atlantic and Southeast states Friday, the weather service said.

Heavy rainfall and a risk of flash flooding is also present as tropic moisture streams north along the East Coast, according to the weather service. The highest threat exists from the Carolinas into New England, it said.

More than 130 instances of severe weather were reported Thursday in the Southeast, including 10 tornado reports in Mississippi.

Kenderick Magee, 24, was killed when his car crashed during severe weather in Amite County on Thursday, CNN affiliate WLBT reported. A second unidentified driver was killed the same day when his car hit a tree in in Neshoba County, according to the affiliate. The sheriff told local media that a tree fell on the car.

The Jackson Zoo will be closed due to damage caused by the weather, WLBT reported.

In neighboring Alabama, one person died after a tree fell on a home, emergency management director Patrice Kurzejeski told CNN. The Alabama Emergency Management Agency reported that more than 61,000 people were without power late Thursday night.

Parts of southeast Alabama have been placed under flood warnings after heavy rains caused “significant” rises along the Tombigbee River.

Near Demopolis Lock and Dam, the river reached 69.1 feet — while the flood stage (after which flooding is possible) is at 68 feet.

The path of the storms

As the storm system moves to the coast, states like New York and New Jersey are also preparing for possible severe conditions. The weather service said New York is expected to receive the most rain late Friday night through early Saturday afternoon and could see moderate coastal flooding.

Although the Northeast isn’t under major threat of severe weather, more than 40 million people are under a flash flood watch through Saturday afternoon.

Ahead of the severe weather set to make its way across the Northeast, Delta and United airlines are waiving their flight change fees for travelers scheduled to fly Friday.

In Mississippi, first responders are working to remove storm debris from the highways.

Strong winds ripped the brick facade off one apartment building in Jackson, hurling chunks of brick on cars parked below, CNN affiliate WAPT reported. And a tree fell on one house in Jackson, damaging the ceiling and two rooms in the rear.

Jerrard Skipper lived in the home along with his wheelchair-bound father.

“I went to his room and then the next thing I know, I heard a big boom noise, and a tree came crashing down right in the bedroom and just took the whole ceiling out — you can see the sky,” he said.

The Skipper family has been living in the house for 30 years and say they have never seen anything like this storm.

Mississippi is still recovering from last weekend’s storm system, which killed one and injured nine across the state. The death was in Monroe County, Mississippi Emergency Management Agency Director Greg Michel said.

The county was left in shreds after the storms last weekend, and the only fire station in Hamilton — a city in Monroe County — was wiped away.

“We were hit really, really, hard. We have a lot of flooding. There are several trees down. We are just a mess,” Monroe County Sheriff Cecil Cantrell had said.