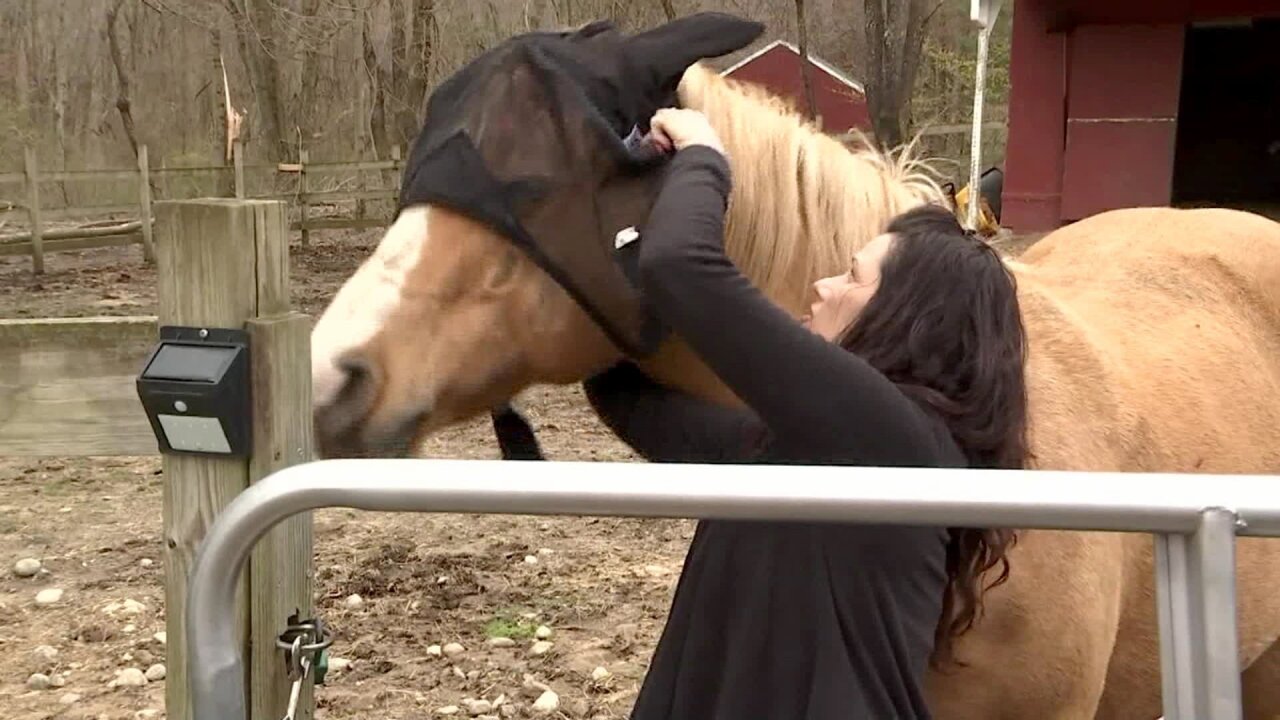 **Embargo: Hartford-New Haven, Conn.** Before the attack at the golf course, the bobcat’s first victim was Loree Osowski’s horse, who suffered lacerations to the neck and eye and is being treated by a veterinarian.

A golfer and a horse are recovering after being injured in separate bobcat attacks in Connecticut on Thursday morning.

The attacks happened in Baltic, a small town close to the Rhode Island state line. The golfer was hurt at the Mohegan Sun Golf Course and the horse at a home nearby.

The golfer, in his late 60s, was near the seventh hole when he was attacked.

“It jumped on his back. He was able to fight it off with a golf club,” Connecticut Department of Energy and Environmental Protection officer Chris Dwyer told CNN affiliate WFSB. “He thought it was dead. As he walked a few steps away, it ended up jumping back up and taking off on him.”

Another member of the golfer’s team was able to drive the bobcat off and the attacked golfer was transported to a hospital for treatment of lacerations. His condition is unknown.

Bobcats are common in Connecticut but are normally shy, secretive animals. Attacks on humans are extremely rare, according to the Department of Energy and Environmental Protection.

**Embargo: Hartford-New Haven, Conn.**
Before the attack at the golf course, the bobcat’s first victim was Loree Osowski’s horse, who suffered lacerations to the neck and eye and is being treated by a veterinarian.

Before the attack at the golf course, Loree Osowski’s horse was attacked by a bobcat and suffered lacerations to the neck and eye and is being treated by a veterinarian.

Osowski told WFSB that she came out of the house when the attack was happening and started screaming to thwart the bobcat.

The bobcat eventually ran off and she called 911. Her horse received 16 stitches and some booster shots, but is expected to be fine.

DEEP tracked down and captured a bobcat on the golf course. The animal was euthanized and is being tested for rabies.

“In my 20 years with the DEEP I’ve only had three rabid bobcats, said Dwyer. “They are extremely aggressive, extremely vicious when they do have the rabies virus. Not saying that it does, but it will be tested. This time usually those types of incidents are associated with a sick animal.”

In Connecticut, the last reported incident was in Bozrah, about 8 miles away from Baltic, in late August 2014. That animal tested positive for rabies.