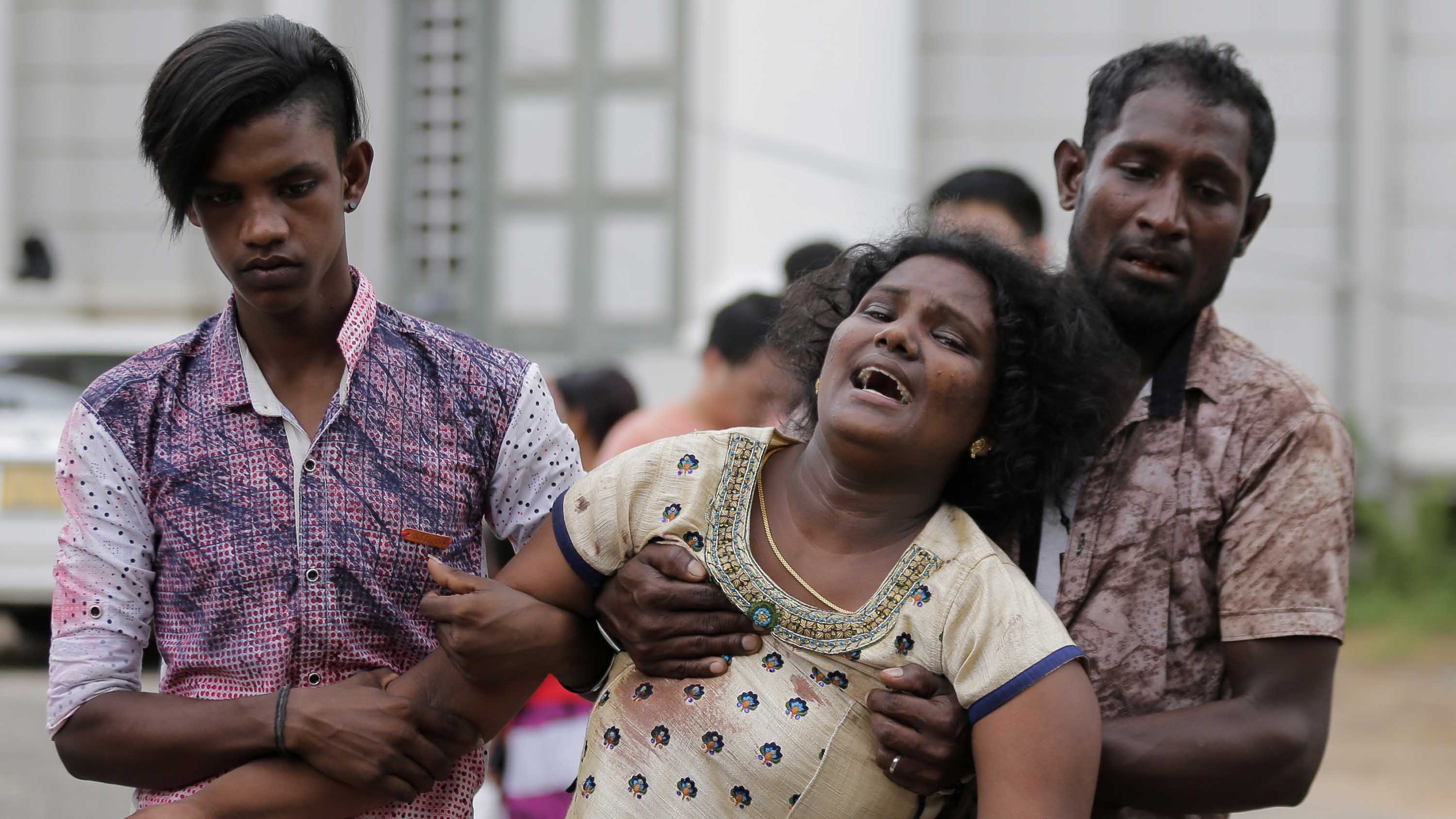 The calm of Easter Sunday was shattered by gruesome bombings that killed at least 207 people in Sri Lankan churches and hotels.

Though it’s not clear who’s behind the eight explosions that forced the country of 21 million people to go on lockdown, they are “certainly acts of terror,” said Manisha Gunasekera, high commissioner of Sri Lanka to the UK.

An intelligence memo warning of a possible attack had circulated 10 days earlier, raising questions about whether more preventative measures could have been taken.

“Serious action need to be taken as to why this warning was ignored,” Sri Lanka’s Minister of Telecommunications, Harin Fernando, tweeted along with a photo of the memo. The document, titled “Information of an alleged plan attack,” is dated April 11 and signed by the Deputy Inspector General of Police, Priyalal Dissanayake.

The explosions blew out the tiled roofs of churches and hotel windows, killing worshippers and hotel guests in the process.

“You can see pieces of flesh thrown all over the walls and on the sanctuary and even outside of the church,” Father Edmond Tillekeratne, social communications director for the Archdiocese of Colombo, told CNN from St. Sebastian’s Church, one of the explosion sites.

He estimated that more than a thousand people had come to the church for Easter Sunday “because it is a special day.” Many came from villages afar, he said.

“This is an attack against the whole of Sri Lanka because Sri Lanka is (a) multi-ethnic, multi-religious and multi-cultural country, and the whole country comes together in celebration of Easter Sunday,” Gunasekera said.

The violence punctured a decade of relative peace in the country following the end of its civil war in 2009 — where attacks were common during the 25-year struggle.

Since then, Sri Lanka has turned itself into a popular tourist destination, winning the title of best place in the world to visit in 2019 from travel guide publisher Lonely Planet.

How the attacks unfolded

The first wave of attacks struck during busy Easter services at churches in the heart of the country’s minority Christian community — in the cities of Colombo, Negombo and Batticaloa.

More blasts ripped through three luxury hotels in the capital city of Colombo: the Shangri La, Cinnamon Grand and Kingsbury.

The Shangri-La in Colombo said the hotel’s Table One cafe was attacked just after 9 a.m local time. The hotel is popular with foreign tourists and the country’s business community.

Another blast rocked a hotel in front of the Dehiwala Zoo in Dehiwala-Mount Lavinia.

The final blast struck a private house in Mahawila Gardens, in Dematagoda, during a raid in connection with the attacks, officials said. Three police officers were killed.

“When crime division officials started questioning the people in the house, two explosions occurred,” police spokesman Ruwan Gunasekara said. “One sub inspector and two constables of police have been killed.”

In all, the eight sites of explosions Sunday included:

“There is also information that these have been suicide bombings carried out,” Manisha Gunasekera said.

There was no immediate claim of responsibility by any terror group. But seven people were arrested following the attacks, said Harsha de Silva, Sri Lanka’s minister of economic reforms and public distribution.

The victims came from around the world

Of the hundreds of people killed, about 30 were foreigners, de Silva tweeted.

At least 20 foreigners were among those killed in the capital city of Colombo, hospital director general Anil Jasinghe said.

Social media is cut off

The Sri Lankan government blocked social media sites such as Facebook and Instagram while the investigation got under way.

Facebook issued a statement Sunday offering its condolences to the those “affected by this horrendous act.”

“Teams from across Facebook have been working to support first responders and law enforcement as well as to identify and remove content which violates our standards,” the company said.

“We are aware of the government’s statement regarding the temporary blocking of social media platforms. People rely on our services to communicate with their loved ones and we are committed to maintaining our services and helping the community and the country during this tragic time.”

The country’s authorities convened an emergency meeting involving the heads of the army, air force and navy, according to de Silva, Sri Lanka’s economic reforms minister.

“Horrible scenes, I saw many body parts strewn all over,” de Silva said after visiting the Kochchikade church and Shangri-La Hotel in Colombo. “We took multiple casualties to hospital. Hopefully saved many lives.”

Christians were the apparent targets

Sri Lanka’s minority Christian community appeared to be the main target of Sunday’s attack. Christianity is a minority religion in Sri Lanka, accounting for less than 10% of the total population of 21.4 million.

According to census data, 70.2% of Sri Lankans identify as Buddhist, 12% Hindu, 9.7% Muslim, and 7.4% Christian. It is estimated that 82% of Sri Lankan Christians are Roman Catholic.

Sunday’s attacks risk upsetting the country’s fragile post-war peace. Tensions between the majority Sinhalese and the Tamil minority led to a 25-year civil war between the Tamil Tigers, classified by the United States and others as a terrorist organization, and government forces.

More than 70,000 people died in the fighting, which ended when Sri Lankan forces defeated the Tamil Tigers in 2009.

In recent years, the country has witnessed a surge in ultra-nationalist Buddhism led by the Bodu Bala Sena, the country’s most powerful Buddhist organization, which has pledged to defend the religion.