PORTSMOUTH, Va. - Two people were in custody after a crash on the Portsmouth side of the Midtown Tunnel heading into Norfolk that happened in April.

Around 4:58 p.m., Chesapeake Police attempted to stop a vehicle for traffic infractions. The vehicle failed to stop, and a pursuit began into the cities of Norfolk and Portsmouth through the Western Freeway and Route 164.

The driver avoided apprehension and was picked up by another vehicle. The two adult passengers were apprehended and were in custody.

Police identified the driver who fled from the scene as 18-year-old De’monta Johnson. He was taken into custody Wednesday, and previously faced charges in Chesapeake for felony eluding and multiple traffic infractions.

On December 16, 2019, Johnson plead guilty to the charges of Felony Homicide, Eluding, and Hit and Run. A pre-sentence report was ordered and sentencing is scheduled for March 4.

This pursuit is under investigation, and the crash involving the motorcyclist and the suspect vehicle is being investigated by Portsmouth Police. They will be pursing charges regarding the motorcycle crash on the Western Freeway, officials said. 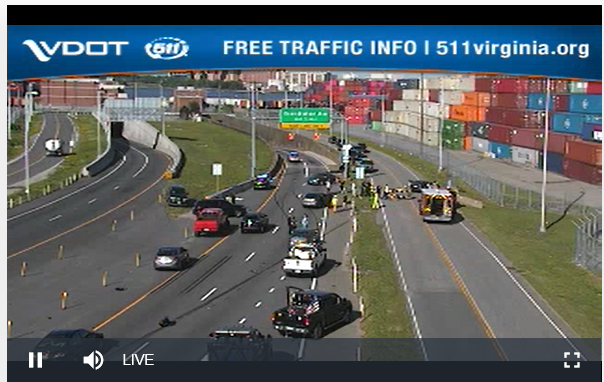