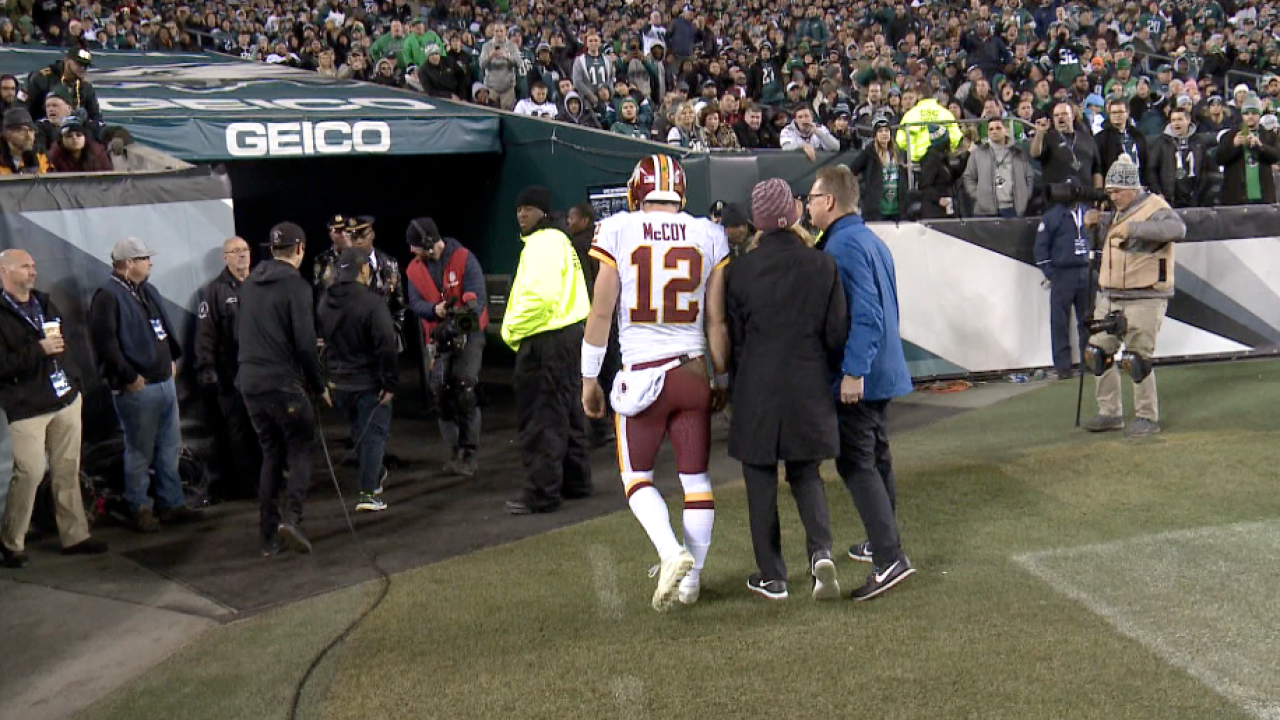 Redskins QB Colt McCoy leaves the field after fracturing his fibula vs. Eagles

LOUDOUN COUNTY, Va. – The Redskins’ offseason quarterback battle is not much of a competition right now.

According to JP Finlay of NBC Sports Washington, ‘Skins quarterback Colt McCoy is not at Redskins Park as the team begins offseason workouts. This leaves newly-acquired Case Keenum as the Redskins’ lone healthy QB.

Finlay reports the veteran quarterback is recovering from yet another procedure on his leg – his third since December.

McCoy broke his fibula in December while filling-in for Alex Smith, who broke his leg in November. Colt’s latest two procedures are to make up for the aggressiveness shown in trying to rush him back for a potential playoff push after the initial surgery for the break.

Finlay reports McCoy is expected to be healthy for Training Camp.

NEW: Colt McCoy not with Redskins for OTAs as he recovers from another leg procedure, per source. Story here: https://t.co/QD2f0UxujM pic.twitter.com/YZRjLjFH3X

The Redskins, sitting at 6-7 in early December, tried to hurry rehab on Colt McCoy to "get him back for the playoffs."

Thus he didn't heal properly & as a result just had a 3rd surgery on his leg. Only in DC.https://t.co/mmI9oVCazS via @JPFinlayNBCS