VIRGINIA BEACH, Va. - Ahead of the Something in the Water music festival, main organizer Pharrell Williams made a pit stop at his old stomping grounds to watch Beach marching bands duke it out.

Pharrell spoke to the crowd, describing his past in Virginia Beach and how much school staff inspired him with his music. He also told students they have a future in music if they want it and urged them not to give up on their dreams. 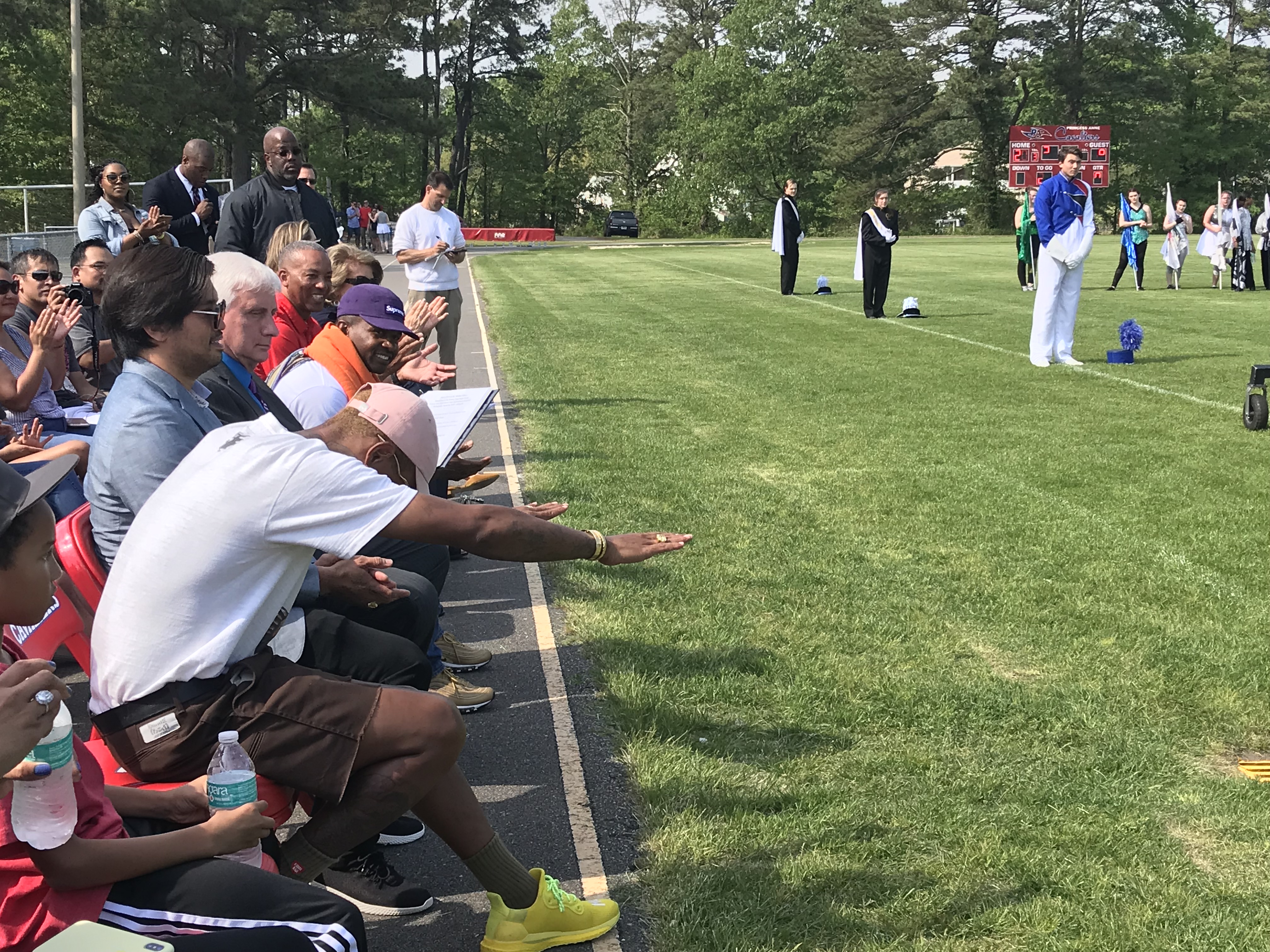 Virginia Beach native Chad Hugo, producer, musician and member of N.E.R.D, was recognized in front of a cheering crowd by Virginia Beach Mayor Bobby Dyer and received a key to the city.

The Something in the Water festival will be at the Virginia Beach Oceanfront Friday - Sunday. A schedule of artist performances was released Wednesday. Click here to view the exciting rundown.