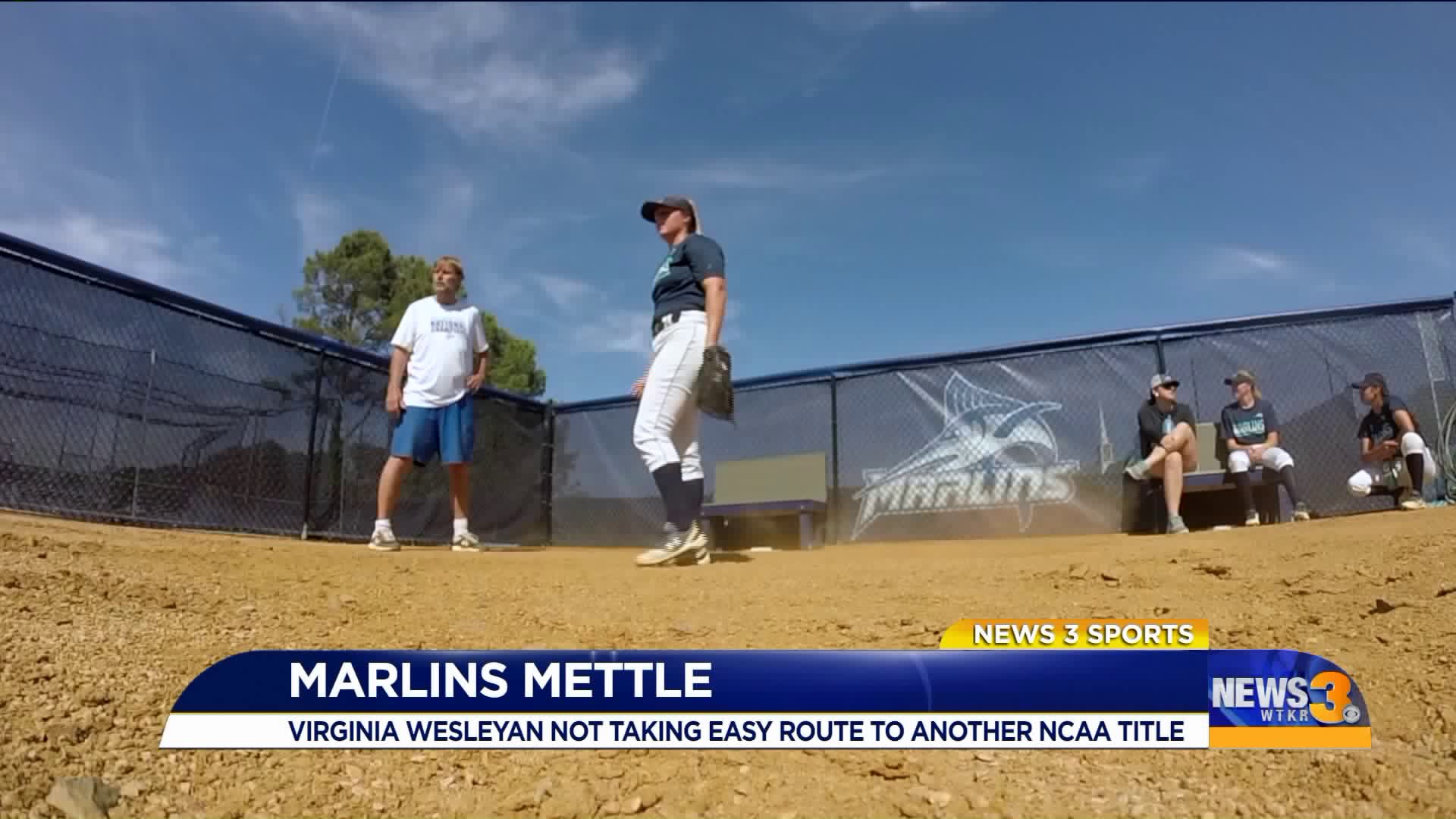 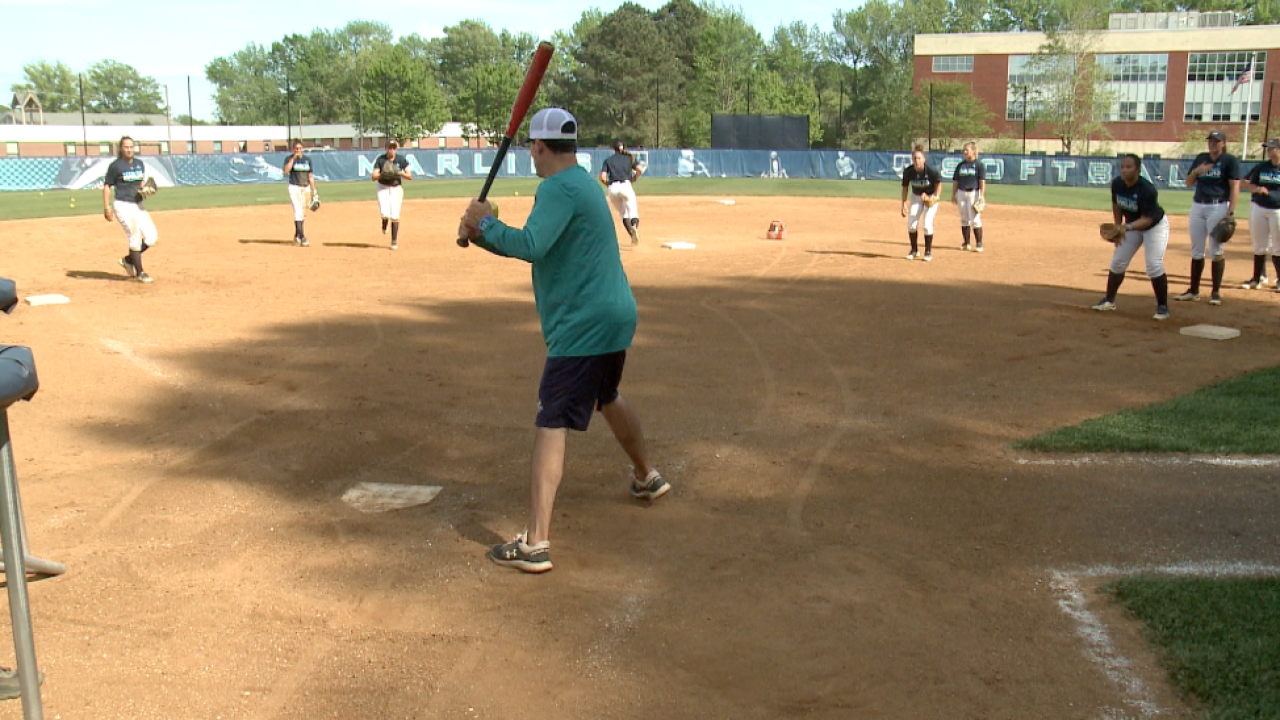 VIRGINIA BEACH, Va. - It's a dynasty on the diamond.

Since the start of the 2017 season, Virginia Wesleyan University's softball team has played 152 games. The Marlins have won 143 of them - 94 percent. Included in that impressive win total are back-to-back NCAA Division III national titles.

"If you're playing a sport of any kind and your goal is not to win the whole thing - why are you doing it?" wondered VWU head softball coach Brandon Elliott.

Wesleyan makes it look easy. But for a pair of key contributors on the nation's top-ranked team, it's been anything but.

"I have chills just thinking about it," Elliott admitted.

Sophomore pitcher Carla Hall has 11 victories in 17 starts this season. However, last fall, it was her health throwing a curve ball.

"I went to the doctor and she said, 'I don't say this often - but you should go to the hospital as soon as possible," Hall recalled.

She spent five days in the hospital with a still-undiagnosed kidney issue.

"I was pretty scared, I'm not going to lie," Hall admitted. "The things they were naming out - they were asking if my family had any cancer in its history."

Marlins infielder Kaylah Duplain loves turning double-plays. She is a shortstop, after all. But the double-play that put her out early in her Wesleyan career is not one for the scorebook.

"I was still losing weight, I was unable to eat," Duplain revealed. "I needed to do the workouts for the team and I couldn't. I felt myself dwindling and dwindling. It was affecting my academics."

A severe stomach issue, one that caused her to lose 30 pounds, forced Kaylah to walk away from the sport after winning the 2017 national title. Finally healthy, upon returning to the Marlins last season, she had surgery to repair a torn labrum in her hip and missed the remainder of the '18 campaign.

"Last year this time, I would've done anything to be back on the field," Kaylah recalled. "Now I'm back and get to play and be healthy."

As the Marlins start postseason play this weekend, they have their eyes on a third straight national title. In addition, Carla and Kaylah have newfound perspective.

"It just makes them realize how much they love the game and what the game has meant to them," Elliott noted. "It lets their teammates realize how special this thing is."

Virginia Wesleyan, which will compete in its conference tournament this weekend in Salem, Virginia, just might win its third straight title. But it definitely will not be easy.