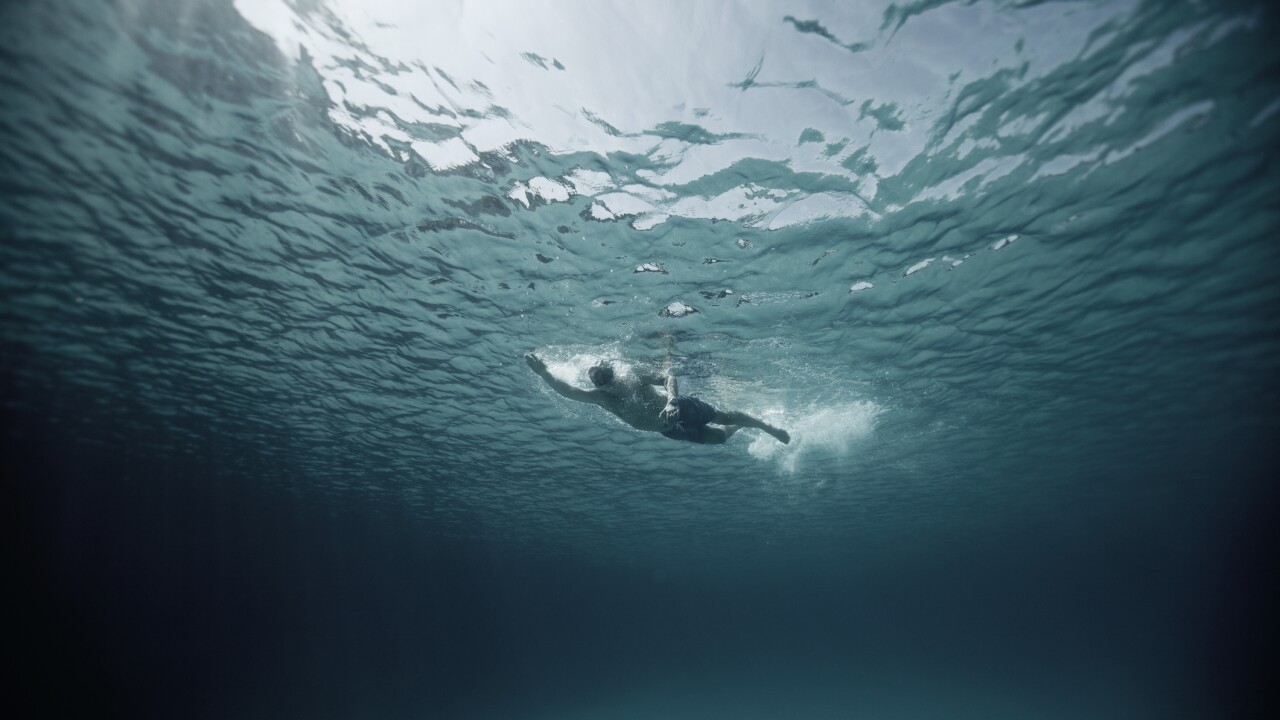 Six years ago, Martin Hobbs had never swum a mile. This week, he cemented a world record by swimming 361 miles — the full length of Lake Malawi in Africa.

Hobbs, 45, set the record Wednesday for longest solo swim in a lake and became the first person to swim the entirety of Lake Malawi after swimming for 54 days in a row.

The South African swimmer started his athletic career as a competitive off-road biker and marathoner, but after fracturing a disk in his back, he was told he could no longer ride a bike or run. Swimming was the only endurance sport left. The open water gave him a way to come back from his devastating injury and also gave him motivation to embark on a new adventure.

“I’ve always wanted to do an African adventure and never got around to it,” Hobbs told CNN. “I didn’t want to be buried one day and be known as the guy who worked very hard and that’s it. It’s nice to leave a legacy behind.”

Hobbs technically broke the Guinness World Record last week, but kept swimming to reach the end of the lake.

Lake Malawi spans the entire coast of the eastern African nation, and is known for being home to deadly crocodiles, hippos and mosquitoes.

“It was the longest straight line of water that I could find,” said Hobbs, whose team calls him the Solo Swimmer. “But I’m not going to lie, I’m terrified of the crocodiles.”

Swimming for 54 days in a row also meant trudging through lots of bad weather, including one tornado that brought waves as high as the ceiling.

“Even the boat was taking strain and the team was getting worried,” Hobbs said. “It knocked me mentally as well. But I just had to pick myself up again.”

Hobbs, who swam an average of 7 miles a day, said he was able to reach his goal by focusing on one hour at a time. Thinking about his next meal or chocolate bar helped him push through the pain as well.

“There’s also couple quotes I use in my mind for motivation,” Hobbs said. “‘If you ever feel that you cannot carry on just think how far you’ve come.'”

The best part? Hobbs used the Herculean swim as a way to raise money for the Smile Foundation, a South African charity that helps children with cleft palates and other facial deformities.

With two world records under his belt, Hobbs plans to give a series of motivational speeches and possibly write a book as a way to raise more money for Smile. So far, the Solo Swimmer team has raised $10,000. Hobbs hopes to reach half a million South African Rand, about $35,000.

And for anyone considering their own adventure, Hobbs advice is to tell anyone and everyone about your goal.

“You need to shout it out at the top of their lungs that you’re going to do it,” Hobbs advises. “Don’t say maybe.”