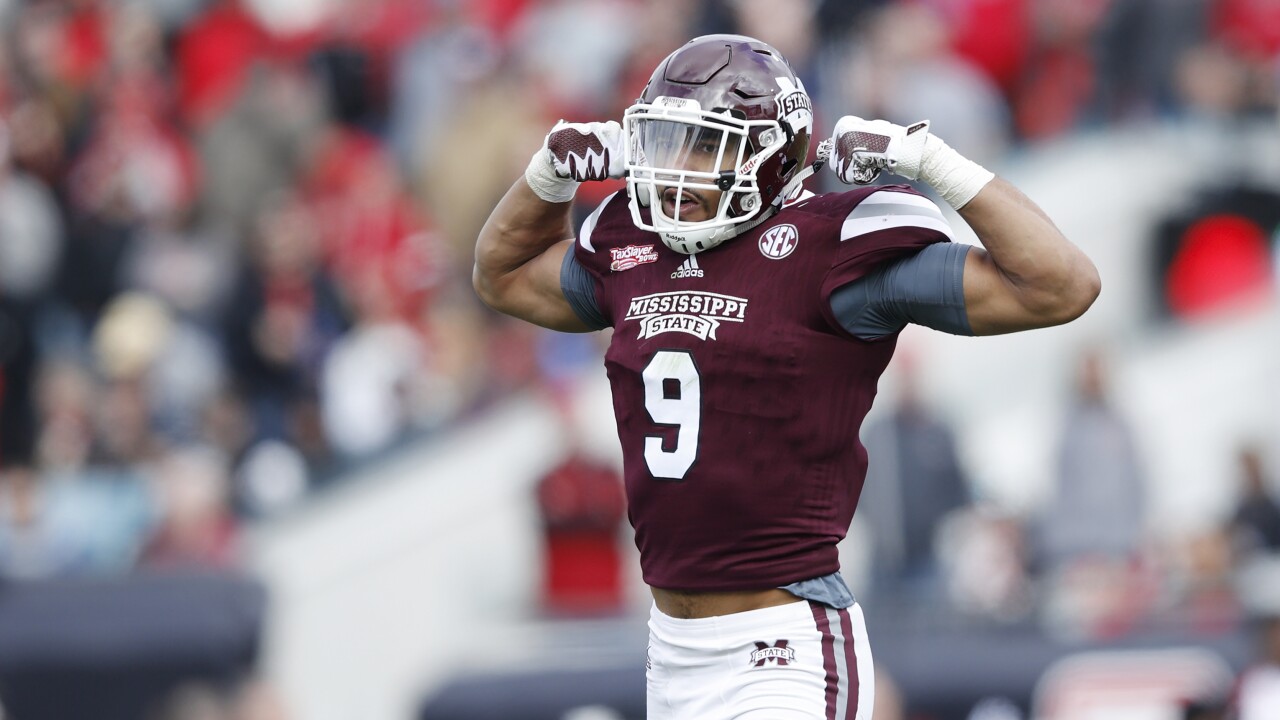 NASHVILLE, Tenn. – The ‘Skins splash in the first round of the 2019 NFL Draft, when they selected Ohio State quarterback Dwayne Haskins with the 15th overall pick, was not their lone bold move of the evening.

“It means a lot,” Sweat said of the Redskins trading up to select him. “It means that they trust in me. It means that they believe in me. I want to give the same respect back to them and just give my all. That’s all that means to me.”

A video board displays an image of Montez Sweat. (Photo by Andy Lyons/Getty Images)

It is the first time the Redskins have drafted two players in the first round since the 2005 NFL Draft when the organization selected Auburn’s CB Carlos Rogers (No. 9 overall) and QB Jason Campbell (No. 25 overall).

“My emotions were going everywhere. It was low-key a series of some doubts like, ‘Why am I dropping so far? ‘What’s going on?’ I was just wondering what’s going on and then the Redskins called me and they changed my whole persona, everything, the way I was feeling. Now they definitely have a winner in me.”

Sweat (6-6, 245) played in 26 career games at Mississippi State University from 2017-18, compiling 101 tackles (48 solo), 29.5 tackles for loss, 22.0 sacks, a forced fumble and one fumble recovery. He earned first-team All-SEC honors by both the Associated Press and coaches in each of his two seasons in Starkville. He was a 2019 Senior Bowl selection after leading the Bulldogs in sacks for a consecutive season.

As a senior last season, Sweat received first-team honors by the Football Writers Association of America, Sporting News and Phil Steele. He appeared in 13 games and collected 53 tackles (27 solo), 14.0 tackles for loss, with 11.5 sacks and a forced fumble.

In his junior season, Sweat started all 13 games in which he appeared leading Mississippi State with 10.5 sacks. He totaled 48 tackles (21 solo) and contributed 15.5 tackles for loss, and a fumble recovery.

A year earlier, he appeared in 12 games as a true freshman, tallying 20 tackles (nine solo) and 1.5 tackles for loss.