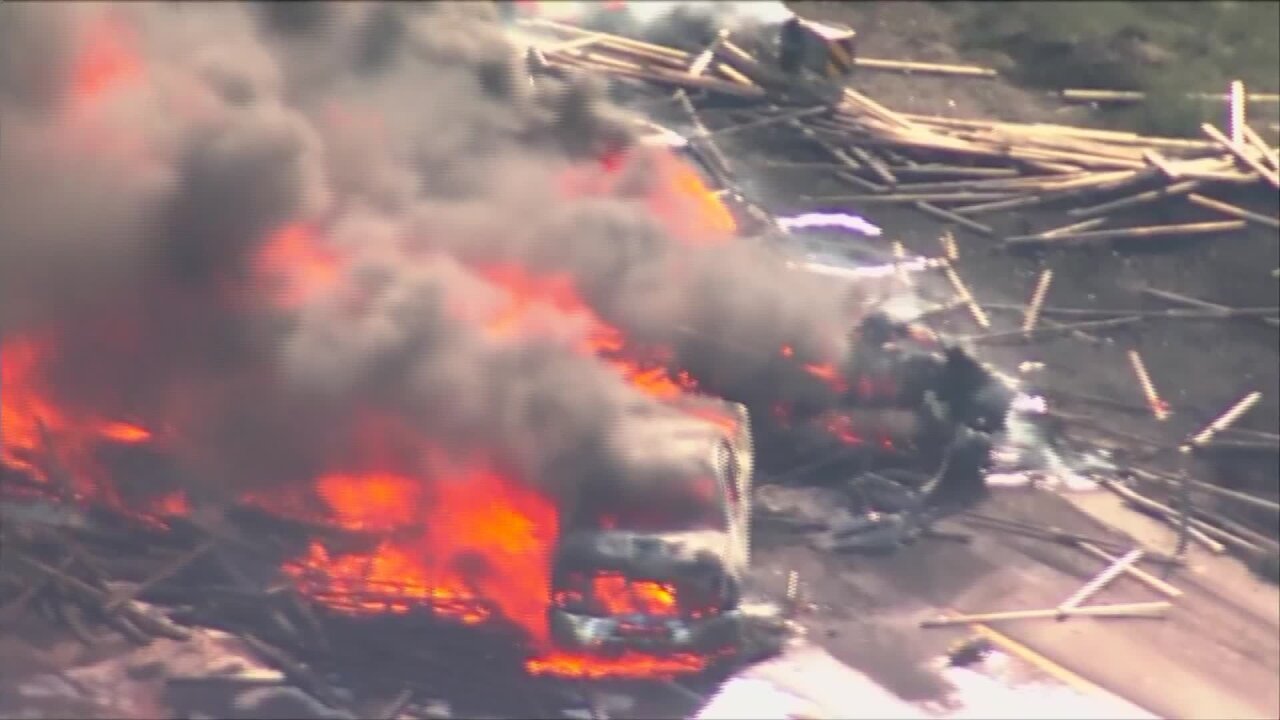 In addition to an unknown number of fatalities, at least six people were hospitalized with injuries following the crash on Interstate 70 on Thursday, according to the Lakewood Police Department. The driver of the semi was among those injured.

The semi hit cars stuck in a jam due to evening rush hour and a prior crash farther ahead, Lakewood Police Agent Ty Countryman said.

“We do know that I-70 eastbound traffic was at a standstill or close to a standstill because of a crash way out ahead of it,” he said at a news conference. “The semi was eastbound and ended up colliding with the … cars that were stopped because of the accident ahead. That’s all we know or we are releasing at this point.”

Video from the scene showed towering orange flames and piles of lumber scattered across the highway. By Thursday night, the area was littered with smoldering ruins.

Darin Barton was panhandling near the scene when the crash happened. He told CNN affiliate KDVR that when the cab of the truck rolled over and flames ignited, he quickly dropped the sign he was holding and ran toward the cars.

“It just caught on fire. And I just dropped my sign, took off running,” Barton said. “As soon as I [saw] flames, I headed under the bridge, grabbed three or four people out of a couple cars.”

The fire was extinguished, but glowing embers and hot spots prevented investigators from immediately getting to the crashed vehicles. Investigators are working to match who was in each car, police said early Friday.

It’s unclear what made the vehicles ignite, Countryman said, adding that he does not know what was in the semis other than the one that appeared to be carrying lumber.

“This is looking to be one of the worst accidents we’ve had here in Lakewood,” he said.

The Denver West Parkway bridge over I-70 sustained significant structural damage from the fire, authorities said. The portion of I-70 affected by the crash is closed overnight in both directions.

Lakewood is about 10 miles from Denver.