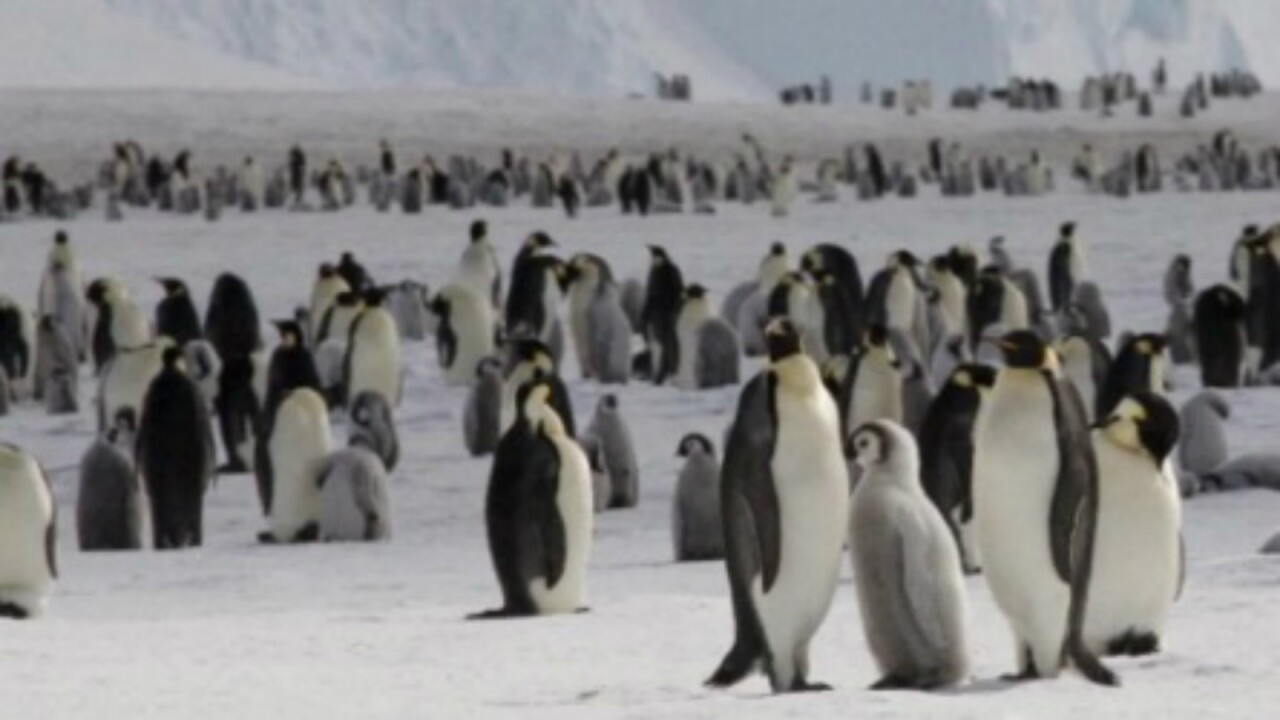 The world’s second-largest emperor penguin colony has almost disappeared, according to a new report, raising fears about the effects of climate change on the species.

Researchers from the British Antarctic Survey (BAS) say in the report thousands of emperor penguin chicks drowned when sea ice in Antarctica’s Weddell Sea, on the edge of the Brunt Ice Shelf, was destroyed by storms in 2016.

“Emperor penguins at the Halley Bay colony in the Weddell Sea have failed to raise chicks for the last three years,” said Peter Fretwell, co-author of the report. “The colony has now all but disappeared.”

Emperor penguins need stable sea ice on which to breed, and this icy platform must last from April, when the birds arrive, until December, when their chicks fledge.

The storms recurred in 2017 and again in 2018 and led to the death of almost all the chicks at the site each season, according to the report, which was published Thursday.

The BAS study reports that for the last 60 years, the sea ice conditions in the Halley Bay site had been stable and reliable. Until recently, the colony’s breeding pairs numbered each year between 14,000 and 25,000, around 5-9% of the global emperor penguin population.

“It is impossible to say whether the changes in sea-ice conditions at Halley Bay are specifically related to climate change, but such a complete failure to breed successfully is unprecedented at this site,” penguin expert and co-author Phil Trathan said in a BAS statement.

“Even taking into account levels of ecological uncertainty, published models suggest that emperor penguins numbers are set to fall dramatically, losing 50-70% of their numbers before the end of this century as sea-ice conditions change as a result of climate change.”

The BAS team, which has tracked the population of this and other colonies in the region for the last decade, used high-resolution satellite imagery to estimate the group’s numbers after the 2016 storm, which Fretwell said was associated with the worst El Niño event witnessed in the area.

“Why the sea ice regime has not gone back to the way it was before is more difficult to understand,” he added. “It could be that the storm changed a delicate balance of sea ice in the region, or the shape of the ice shelf could have changed, or it could be that the local conditions could have flipped to a new normal.”

But the scientists also discovered some good news. While the Halley Bay colony has almost disappeared, the nearby Dawson Lambton colony has increased more than tenfold, from around 2,000 to almost 15,000 breeding pairs, indicating that many of the adult emperors have moved there, seeking better breeding grounds as environmental conditions have changed.

“It shows two things, firstly that when faced with long-term poor conditions emperors will move, rather than try to tough it out at the old location,” Fretwell said.”This gives them some resilience in the face of future change. Secondly, it shows how little we know about what drives sea ice dynamics, which is worrying for all species that require that habitat.”

Fretwell said another concern was that scientists had thought the area in which Halley is located would be immune to sea ice changes because it is colder. “We thought therefore this would be one place where emperors would be safe, but this is not the case,” he said.

In addition, he said, the remnants of the colony may be doomed because the Brunt Ice Shelf is riven by a chasm, “a purely natural, cyclical process,” that may transform the site to being on the edge of a vast iceberg, which may break up.

Combination of warming and damaging storms

Peter Convey, a BAS scientist who was not involved with the study, said this is the first time that such a drastic colony loss has been seen. “Over the longer term Antarctic sea ice extent is predicted to both decrease and show more variability, thus one can expect similar threats to colonies to exist across large parts of the species’ range,” he said.

He added that a combination of warming and more damaging storms is what is likely to be behind the changes in sea ice seen in this area.

“The emperor is a unique penguin species in that virtually all known colonies nest on sea ice, so it is particularly vulnerable to this sort of change,” he said.

Tom Hart, penguinologist at the University of Oxford, said: “This adds to concern about sea ice and populations of emperor penguins. However, sea ice is ephemeral. We know that sea ice features come and go and emperors are to some degree adapted to deal with this. The concern in Antarctica is the rate of change, which is beyond what they have experienced in the past.”

Heather Lynch, associate professor of ecology and evolution from Stony Brook University in New York, said the report showed emperor penguins are vulnerable to extreme events but can relocate when needed, “which speaks to some of their resilience.”

She added, “one of the key take-home messages here is the value of satellite imagery for understanding the movement of animals, without which we wouldn’t have any chance of tracking an event like this.”