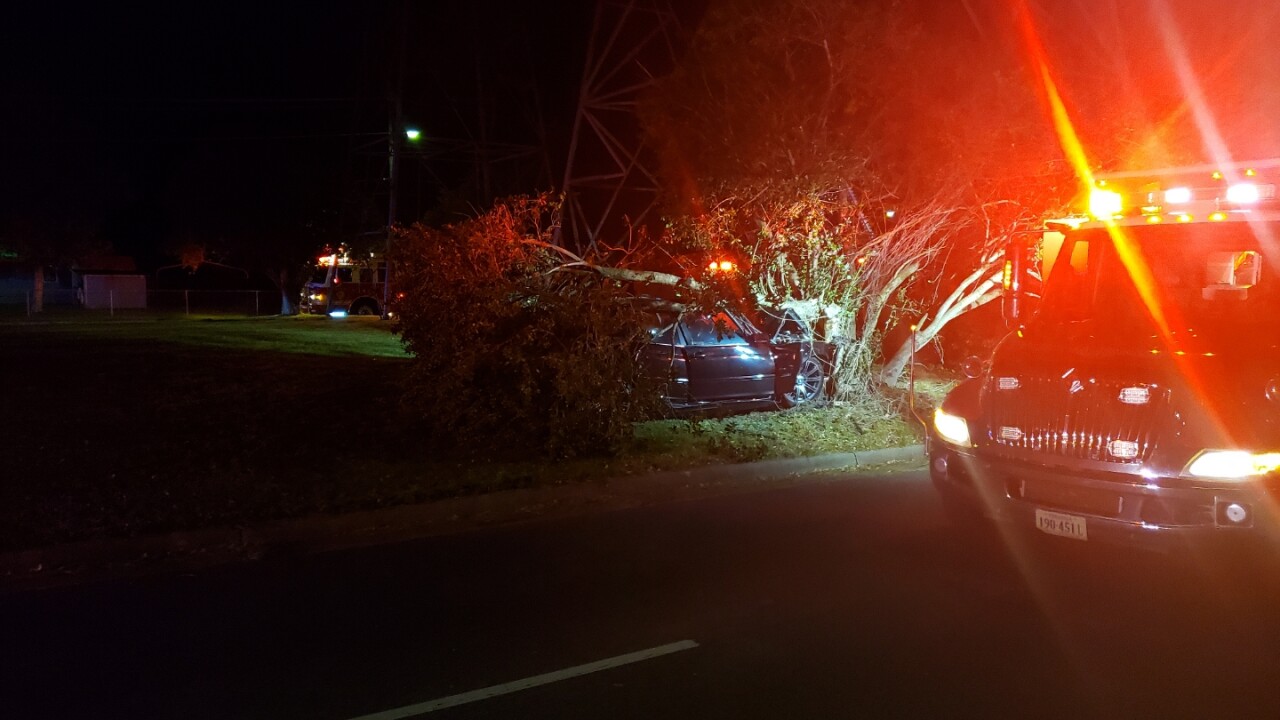 NEWPORT NEWS, Va. – Police are investigating after two have been seriously injured in a crash Saturday night.

At around 9:19 p.m., Newport News police and fire department officials responded to a single vehicle accident in the area of 78th Street and Chestnut Avenue.

Upon arrival, officers found a heavily damaged black sedan that had struck a tree.

The driver, a 30-year-old Newport News man, and a passenger, currently only identified as an adult male, both suffered severe injuries in the crash.

They were both taken to a local hospital. Police are not certain at this time if their injuries are life-threatening.

The investigation into the crash is ongoing, but officials say speed is believed to be a factor. There is no additional information at this time.