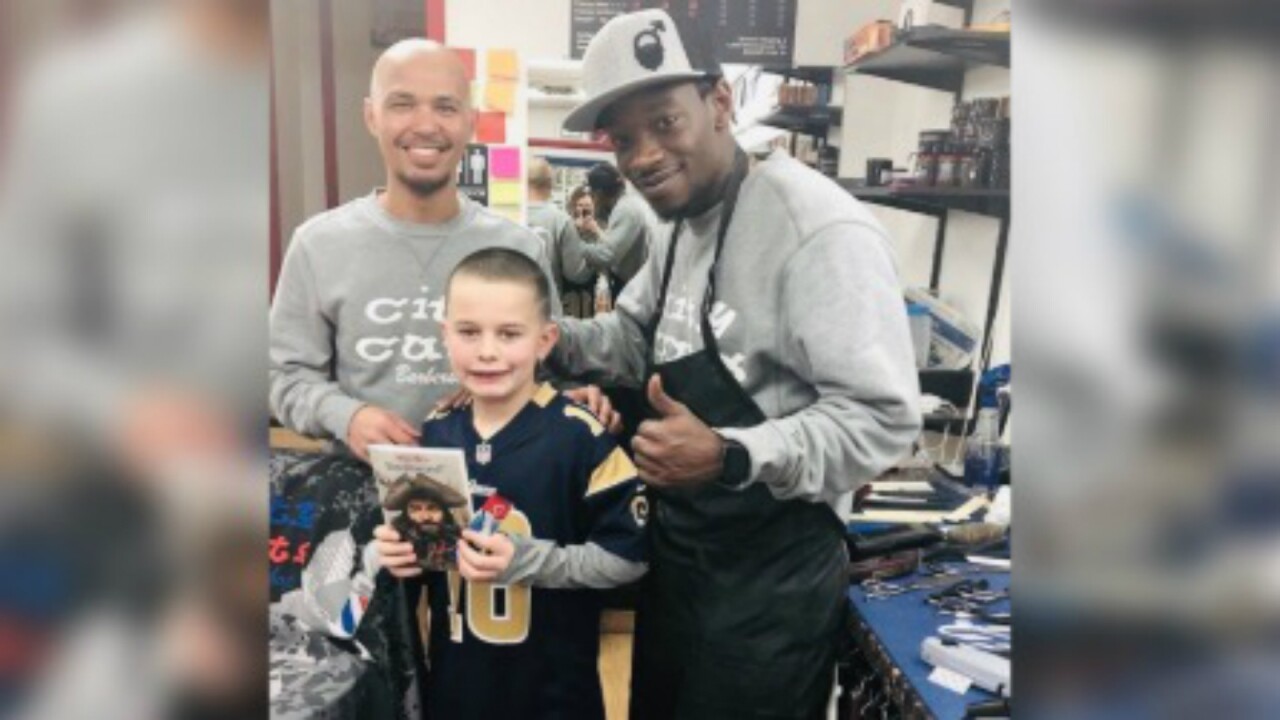 KUTZTOWN, Pa. – The buzzing of clippers, men’s laughter and the sound of TV sports echo off the walls of City Cuts.

At first, it seems like a typical barber shop. But listen closely, and you’ll hear snippets of poetry or lines from “Diary of a Wimpy Kid.”

It’s all because of a program, “Books by Kids,” started by Jon Escueta, the founder and owner of this barbershop in Kutztown, Pennsylvania.

His young customers get $3 to read a book of their choice during their haircut. Customers and community members donate the books and funds. There’s also a GoFundMe account to help cover costs.

“Our goal is for the kids to boost their confidence in front of others without fear of being judged,” Escueta said.

He believes as young people begin to feel more comfortable reading to their barber, they will carry their confidence into adulthood.

Escueta put up the first $50 and watched his idea slowly take off. But, it wasn’t until he uploaded a video to Facebook of a boy reading to his barber that his idea became a movement.

The video has more than 13 million views. Escueta said at least 10 other barber shops and hair salons around the country have similar programs.

He can relate to shy children

Escueta’s desire to empower children stems from his own childhood pain.

The 32-year-old immigrated when he was eight from the Philippines.

He credits an aunt and uncle for guiding him as a teenager, but it wasn’t easy.

“I didn’t know English and that was a lot,” he said. “I felt like I was being judged.”

Escueta said he feels a close connection to the boys sitting in his chair who struggle with shyness.

“The ones who are timid – I gravitate toward those kids.” he said. “I know what it feels like and try to make them feel good about themselves.”

He chose reading as a way to boost his young clients’ confidence because a 7th-grade teacher did the same for him.

“I told my reading teacher I didn’t like it [reading]. I liked basketball,” he said.

So, the educator used a book about basketball to entice Escueta to read.

His method is making a difference

Carrie Ann Hamilton said she sees a difference in her 8-year-old son Connor.

“Connor is working on trust, and the barbers are helping him feel more comfortable,” she said.

Hamilton travels up to 20 minutes to the shop because Connor and his sibling like the trust and personal care the barbers show.

On each visit, Connor is greeted with a warm “S’up, my man!” and a fist bump.

So far, Connor believes he’s earned between $30 and $50 for reading to his barber.

Last year, he coupled his cash with birthday money to buy a hoverboard.

He said reading at the shop has helped him in the classroom.

“It [the reading time] made me speak up,” he said. “I am always raising my hand to get picked.”

It’s helped him too

Since his video blew up online, Escueta has done several interviews – helping him conquer his own fears of public speaking.

“I never saw myself in this position,” he said.

He said his own growth has set a good example for his young customers. He hopes his example of community service will inspire other barbers to do the same.

Until then, Escueta and his team will continue boosting kids’ confidence one book — and one haircut — at a time.