Cleanup begins for Virginia Beach as Something in the Water ends

VIRGINIA BEACH, Va. - After one of the biggest parties to ever hit Hampton Roads, cleanup for the Something in the Water music festival begins bright and early at 9 a.m. Monday in Virginia Beach.

Tens of thousands of people lined the Virginia Beach Boardwalk along the Oceanfront for the three-day music festival over the weekend, and 150 garbage cans and 40 recycling bins were provided to accommodate them.

"“I’ve seen people rise above and I can now, I can now tell you when they say Virginia is for lovers. It’s true because the music is as thick as the humidity. But, the love in the air this week and this weekend has been as thick if not thicker than the humidity and music itself. It’s been beautiful,” said Pharrell Williams in an interview with News 3 during the third day of his festival.

In an effort to keep the Oceanfront trash-free, city officials hope that Monday's cleanup day will be smoother than it could have been because multiple organizations have helped in the process.

City officials say making sure wildlife in the area was also not impacted by the music festival is something it believed was important and kept in mind while coordinating the festival. 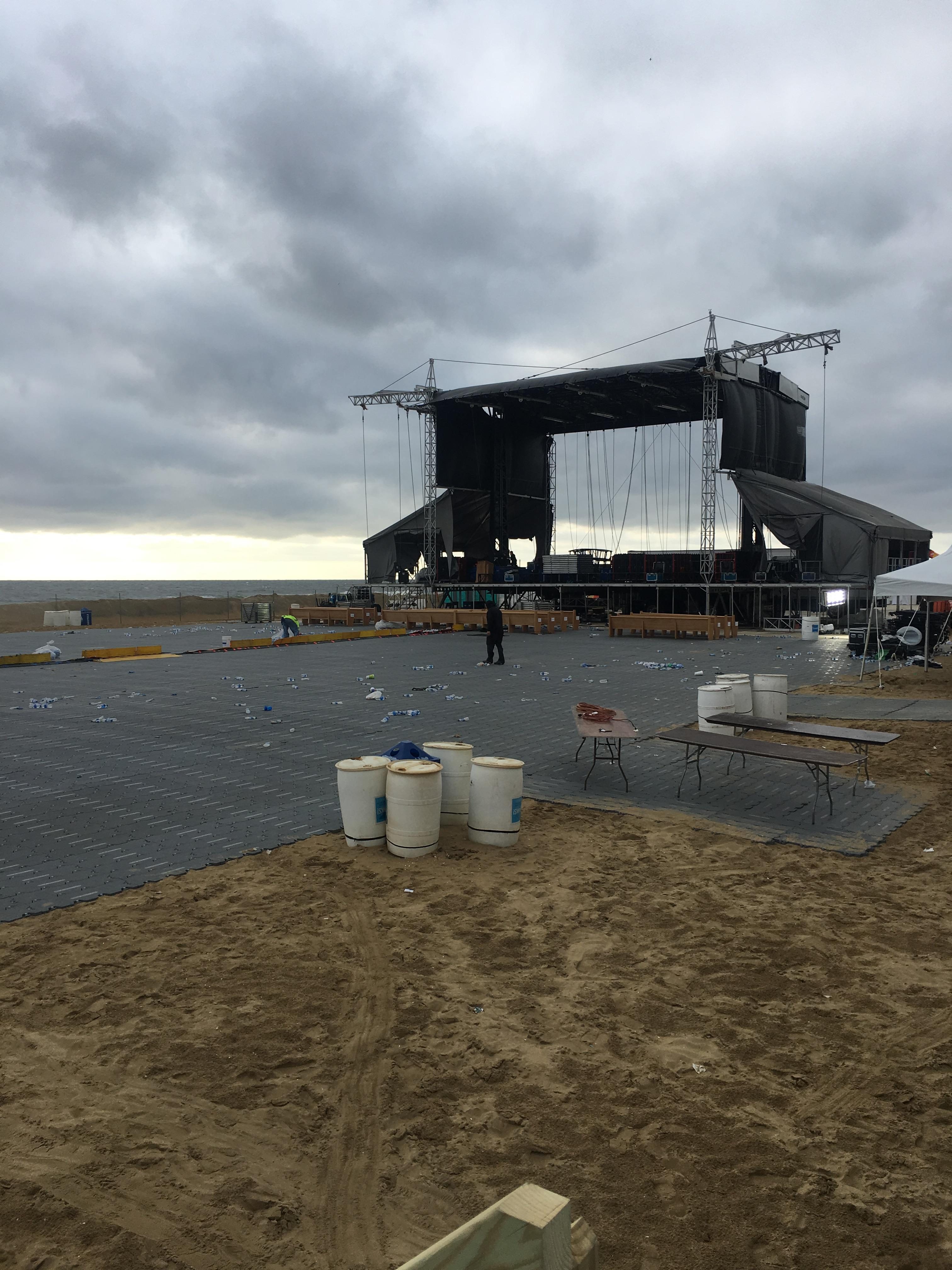