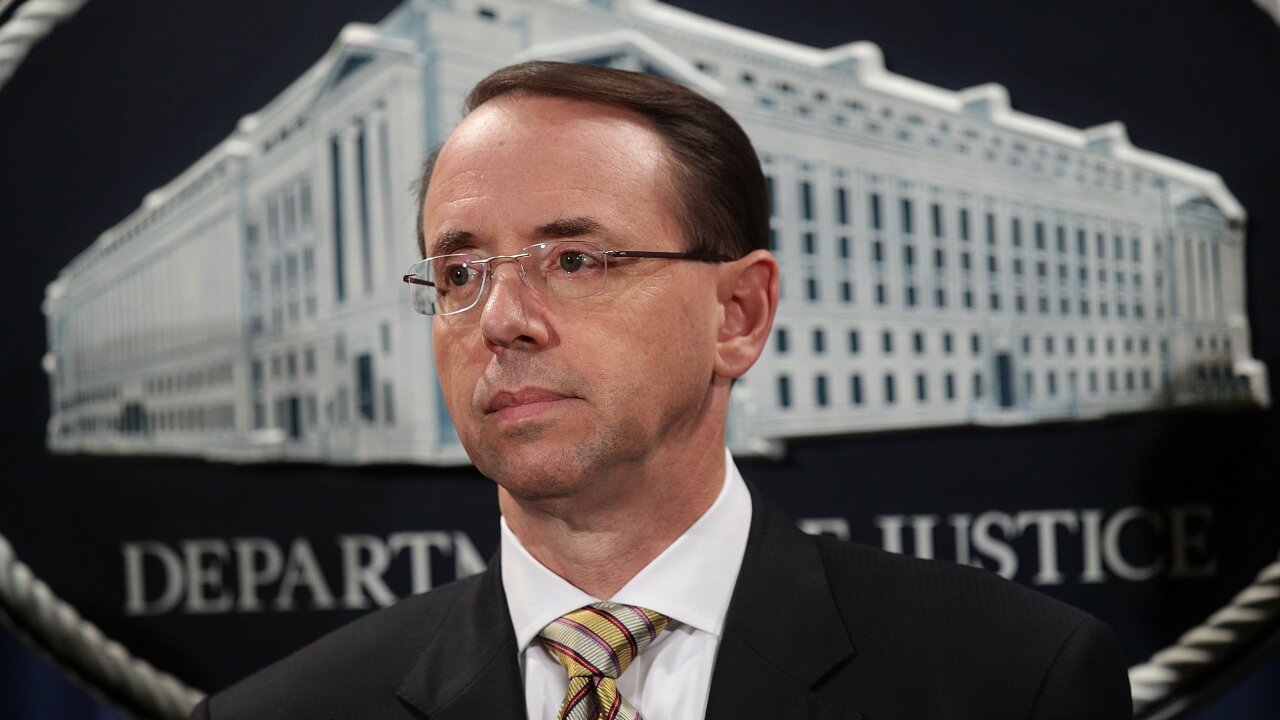 “We enforce the law without fear or favor because credible evidence is not partisan, and truth is not determined by opinion polls,” Rosenstein wrote. “We ignore fleeting distractions and focus our attention on the things that matter, because a republic that endures is not governed by the news cycle.”

Rosenstein often found himself the target President Donald Trump, especially after hiring Mueller in 2017. Shortly after being confirmed as deputy attorney general, Rosenstein wrote a memo criticizing former FBI Director James Comey amid Comey’s investigation into Russia’s 2016 actions, which Trump used as part of his reasoning in firing Comey.

After Comey was fired, Rosenstein brought Mueller in as special counsel to continue the investigation, and Mueller also looked at the question of obstruction of justice.

In the days after Trump fired Comey, Rosenstein discussed wearing a “wire” to record conversations with Trump and recruiting Cabinet members to invoke the 25th Amendment to remove Trump from office, The New York Times first reported and CNN later confirmed.

Earlier this month Rosenstein defended his handling of the Russia investigation and recalled during his Senate confirmation hearing that he had promised to “do it right” and “take it to the appropriate conclusion.”

“It’s not our job to render conclusive factual findings. We just decide whether it is appropriate to file criminal charges,” Rosenstein said at an event in New York.

On Monday, Rosenstein wrote in his resignation letter to Trump, “We keep the faith, we follow the rules, and we always put America first.”