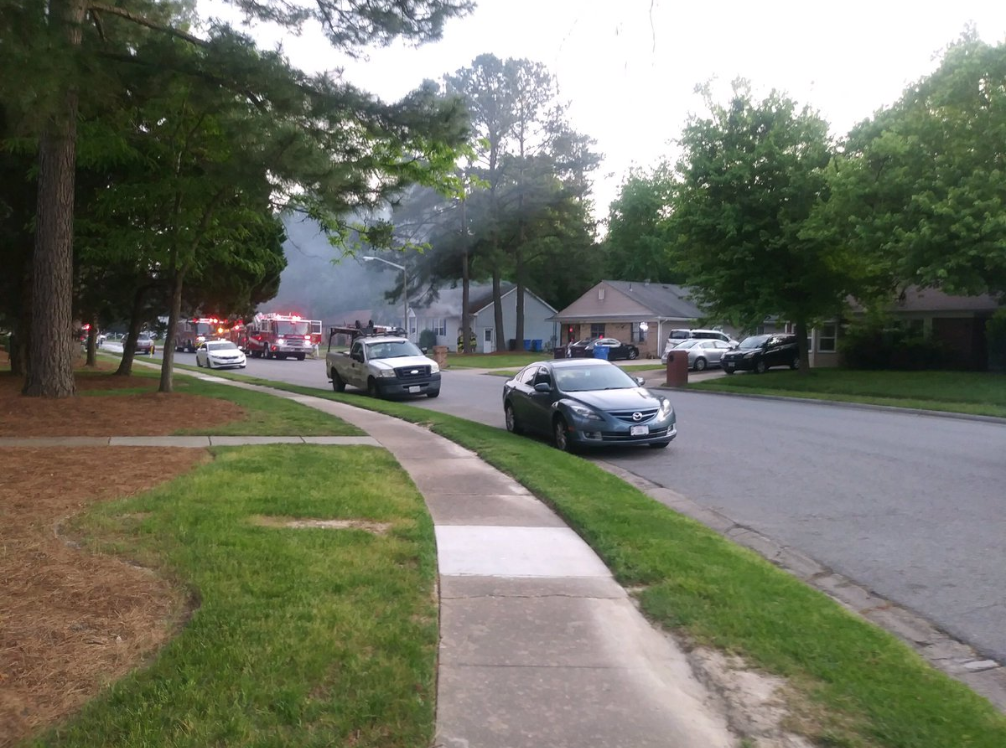 CHESAPEAKE, Va. – One adult and four children are displaced after a fire that damaged their home in the 3500 block of Dunedin Drive.

The incident happened around 6:52 p.m. When officials arrived on scene they found smoke and flames coming from the garage of a one story residential structure.

Chesapeake firefighters quickly initiated an attack on the fire and made sure the residents were safe.

The fire was brought under control at 7:04 p.m, according to officials. The cause of the fire is still under investigation.