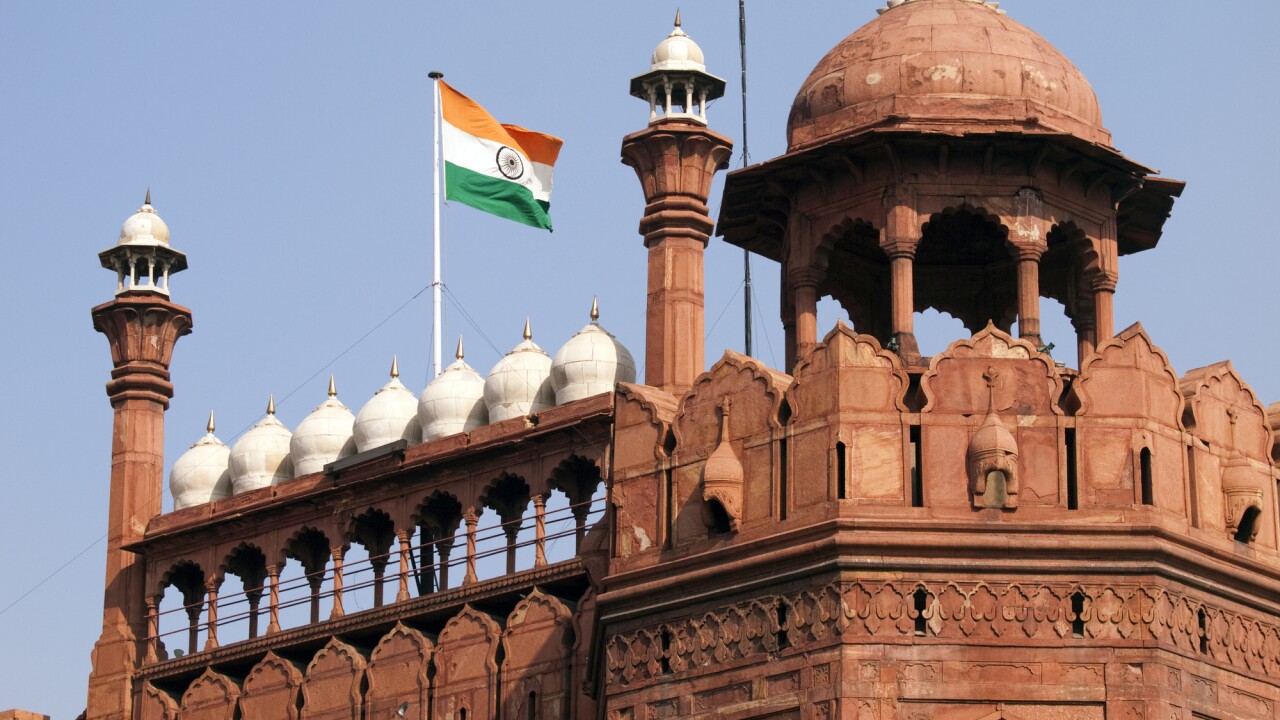 For centuries, humans have been searching for the Yeti — and now, in an unceremonious tweet, the Indian Army is claiming to have found evidence of the mythical Himalayan monster.

On Tuesday, the official, verified Twitter account of the Indian Army’s Additional Directorate General of Public Information tweeted a picture of what it claimed were Yeti tracks in the snow.

“For the first time, an Indian Army mountaineering expedition team has sited (sic) mysterious footprints of mythical beast Yeti,” read the post, which was accompanied by three pictures of footprints, and a group photo that appeared to be of the expedition group.

The prints allegedly measured 32 inches by 15 inches (81 centimeters by 38 centimeters) and were spotted on April 9 close to Makalu Base Camp, an isolated mountainous area between Nepal and Tibet, the tweet elaborated. “This elusive snowman has only been sighted at Makalu-Barun National Park in the past,” the post claimed.

Unsurprisingly, the tweet prompted a flurry of incredulous responses on social media, with many rebuking the Indian military for propagating theories previously debunked by science. Others poked fun at the tweet, with the hashtag #Yeti becoming one of the top Twitter trending topics in India on Tuesday.

The Indian Army provided no further evidence of its find and had not replied to CNN’s request for comment by time of publication.

In a press release on March 26, the Indian Army said an 18-strong unit would make its its maiden expedition to Mount Makalu between March and May. The unit was heading there as part of its objective of reaching the summit of all challenging peaks above 8,000 meters (26,247 feet), the statement said.

In Nepali folklore the Yeti — dubbed the “Abominable Snowman” in the West — is a furry ape-like creature taller than an average human, which inhabits the Himalayas and other regions.

Their existence has been never been proven, but they have captured the imagination of many, including acclaimed British naturalist Sir David Attenborough.

The Indian Army doesn’t usually venture into matters of mysterious monsters — many of its tweets are more mundane, about former army members or public events.

While the latest claim has aroused excitement among Yeti-lovers on social media, it is at odds with scientific findings.

A 2017 study on the Himalayan “Yeti” used mitochondrial DNA sequencing to examine 24 “Yeti” samples including hair, bone, skin and feces. Charlotte Lindqvist and her team discovered that some of the items came from a Himalayan brown bear and a black bear. One tooth was from an animal in the dog family. The paw of the “Yeti” kept in a local monastery came from a black bear. Another bone kept as a monastic relic was from a Tibetan brown bear.

Other investigations reached similar conclusions. A study in 2014 found 30 hair samples believed to come from Yetis had actually originated from a variety of beasts such as a Paleolithic polar bear, other types of bear and dogs.

Kushal Prajapati, who describes himself as a scientist in his Twitter bio, responded to the Indian Army’s tweet on Tuesday, saying: “With all due respect, institutions such as yours should be more responsible and careful before going ahead and declaring the sighting of any footprints as ‘Yeti’s’!”

He added that there was a lot of research done on Yeti in the past, and none had proved the creature’s existence.

The Yeti became part of local traditions about 350 years ago, when a holy man named Sangwa Dorje took up residence in a cave near the remote village of Pangboche, which had a clear view of Everest. According to local folklore, he was said to have been aided by Yetis and to have kept relics from the beasts.

Yeti fever took off in the West after British explorer Eric Shipton snapped a picture west of Mount Everest in 1951 of what appeared to be a large primate-like footprint.