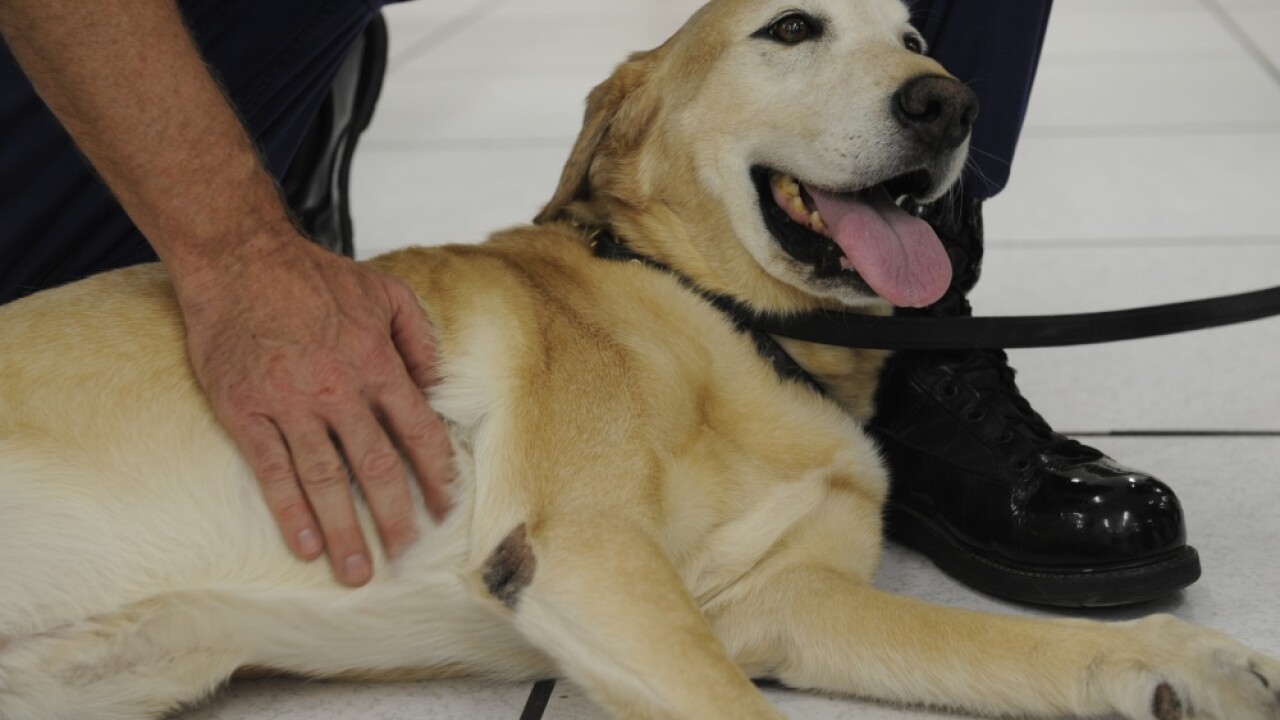 The Coast Guard working dog, who served as an explosive ordnance detection canine from 2011 to 2019, was honored at a retirement ceremony held by the Maritime Security Response Team in Chesapeake.

During the ceremony, Tin was presented with a traditional shadowbox of memorabilia from his career.

His lead handler, Chief Petty Officer John Mitchell, said that a highlight of Tin’s career was providing security assistance for the 2016 Super Bowl. Tin also conducted explosive detection sweeps for heads of state and high-ranking delegates through his career.

Mitchell intends to adopt Tin after his retirement.