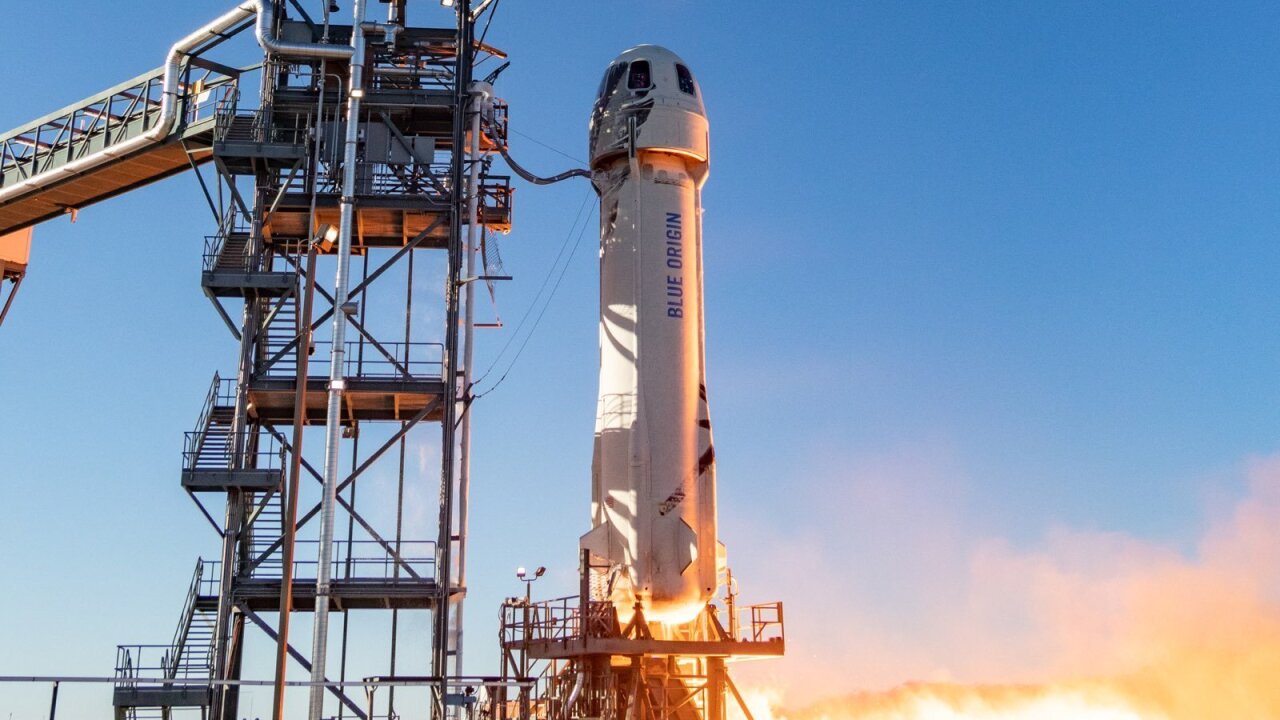 The rocket, which did not have a crew on board, took off from a test site in rural Texas early Thursday. This mission was carrying 38 research payloads, including an experiment that will test a treatment for collapsed lungs and a student-led experiment to test temperature changes in microgravity.

It marked the 11th uncrewed test of Blue Origin’s New Shepard rocket, and it could be one of the last before the company starts selling tickets and sending its first customers to space. Blue Origin said earlier this yearthat it wants New Shepard to be open for business in 2019.

Blue Origin wants to eventually send passengers straight up to more than 62 miles above Earth, which is the line frequently used to define the beginning of outer space. The people will experience a few minutes of weightlessness before the capsule begins its descent. But the company, which has kept much of its development progress under wraps, has not started selling tickets, nor has it announced a price point.

The capsule, which detaches from the rocket near the top of its flight path, climbed to more than 346,000 feet, or 65 miles, above Earth during Friday’s test flight, according to initial data reported by Blue Origin during a webcast.

The New Shepard rocket reignited its engine to execute a pinpoint landing back on the launch site. The capsule, meanwhile, deployed three parachutes to slow its decent and was traveling about 16 miles per hour before hitting the ground, kicking up a puff of sand.

Branson, the billionaire businessman, has said that he wants to begin flying passengers in mid-2019. About 600 people have reserved a Virgin Galactic ticket, which is priced between $200,000 and $250,000.

Virgin Galactic — which plans to use a rocket-powered plane to fly groups of people to the edge of space — has conducted two test flights above the 50-mile mark since December. Its spaceship requires two pilots to fly.

Bezos has said he is funding Blue Origin by selling about $1 billion worth of his Amazon stock each year. The company is quietly working on a few other projects, including a giant rocket called New Glenn that will be able to send hefty satellites and other payloads into orbit.

While Elon Musk and his rocket company, SpaceX, have drawn massive media attention over the past decade, Blue Origin has stayed largely under the radar.

But that could change soon. Bezos will host a Blue Origin press event in Washington D.C. on May 9. The company has been light on details about that event, but said it will include “an update on our progress and share our vision of going to space to benefit Earth.”

How about a rocket launch to go with your morning coffee? Tune in to NASA TV starting at 9:08am ET to see @BlueOrigin’s #NewShepard rocket launching with nine @NASA_Technology experiments on board: https://t.co/mXfw6sffCs. Liftoff is scheduled for no earlier than 9:30am ET. pic.twitter.com/gOF5HPGePN