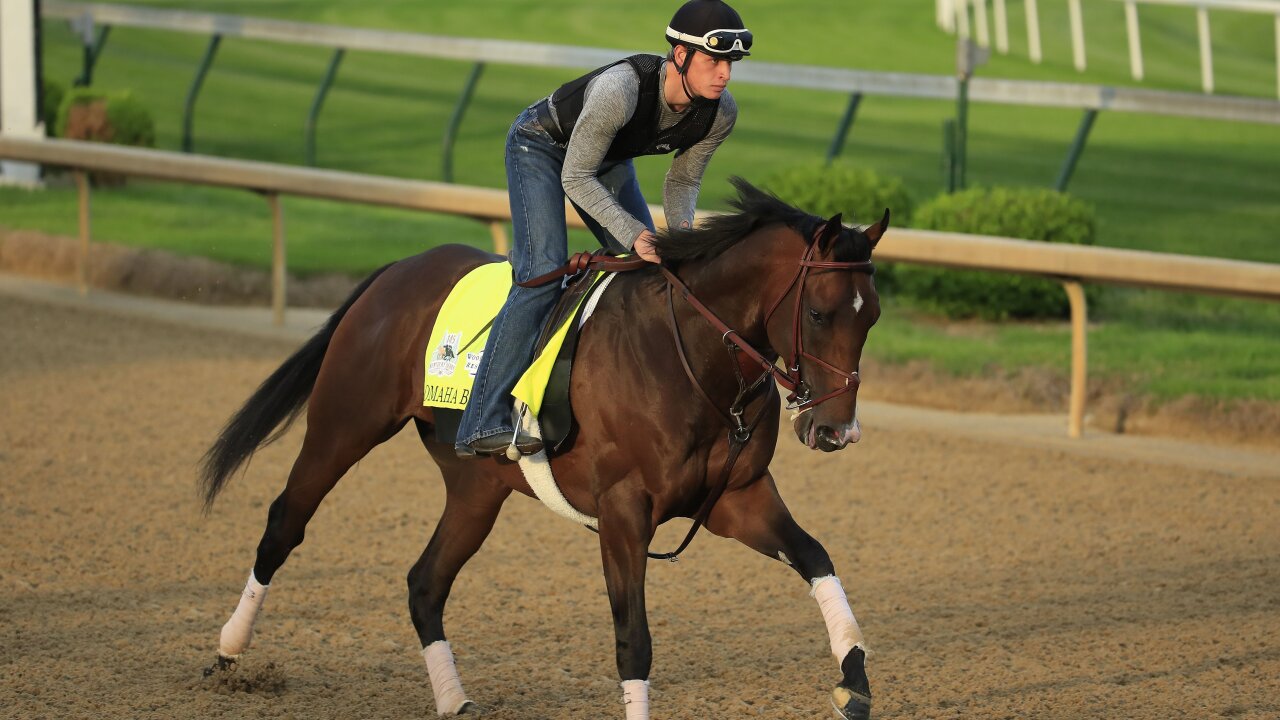 Omaha Beach worked out Wednesday morning before he was scratched.

Omaha Beach worked out Wednesday morning before he was scratched.

Omaha Beach has an entrapped epiglottis, which according to the horse racing website Equibase is a “condition in which the thin membrane lying below the epiglottis moves up and covers the epiglottis.”

The condition is normally treated with surgery.

Trainer Richard Mandella said his team noticed the horse cough a few times after morning training. They checked him out with a scope and found the problem.

“We can’t fix it this week so we’ll have to have a procedure done in a few days and probably be out of training for a few weeks.” he said, according to the Kentucky Derby Twitter feed.

Omaha Beach was a 4-1 favorite when odds were posted Wednesday morning.