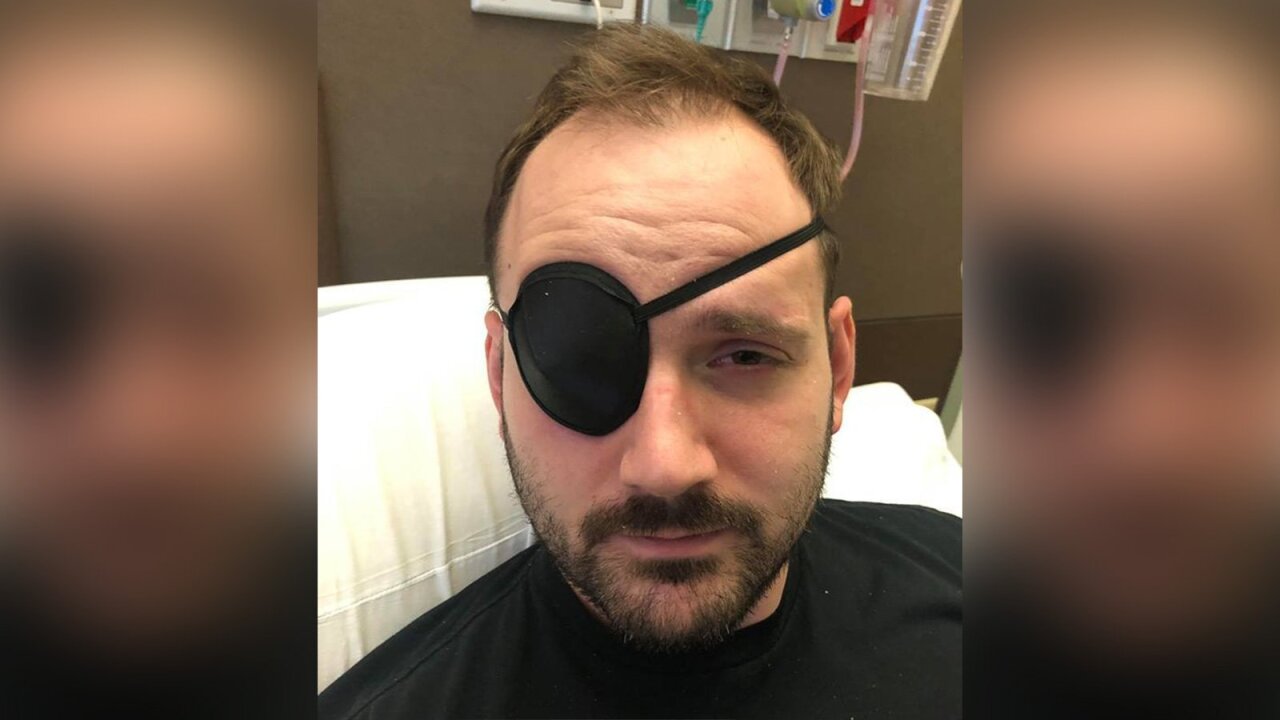 Josh Hader had a sore neck, so he tried to stretch it out, accidentally popping it. The next thing he knew, the left side of his body started to go numb.

Josh Hader had a sore neck so he tried to stretch it out, accidentally popping it. Next thing he knew, the left side of his body started to go numb.

He went to the kitchen for an ice pack but couldn’t walk straight. “I kept walking at almost a 45 degree [angle] to the left,” he said.

Hader, 28, from Guthrie, Oklahoma, suffered a serious stroke by cracking his neck.

Dr. Vance McCollom, who treated him at Mercy Hospital, said the stroke was life-changing but could have been worse.

“When he popped his neck he tore arteries that go to the bone of the neck, where the neck joins the skull at the base of the brain,” he said. “The way he twisted the neck caused a bisection.”

Hader’s father-in-law took him to the ER, where they administered him TPA, which breaks up clots, Hader said. After that, he was transported to the larger Mercy Hospital and was in the ICU for four days before being sent to inpatient therapy.

Josh Hader had a sore neck, so he tried to stretch it out, accidentally popping it. The next thing he knew, the left side of his body started to go numb.

“When he arrived, Hader had numbness, weakness, double vision, and his left side was numb,” McCollom said.

An arterial gram showed the vessel was compromised because of the tear, which caused a stroke. “He wasn’t able to walk straight. He kept falling down,” McCollom said.

The episode happened March 14. Now, after rehab, Hader is able to live independently.

“Currently, I can walk without a walker or cane but I get tired much faster than before. My balance is still a little off but it’s not terrible,” he said.

“My left side tingles a little and feels heavier than it used to. I also don’t have as much control of that side as I used to. My right side doesn’t feel sharp pain or hot and cold.”

“I’m good emotionally. Like I said before, it’s still a struggle walking long distances but it’s getting much better,” he said.

Hader had to wear an eye patch for several weeks because the nerve was injured, causing weakness to one of the muscles going to his eye.

One of the worst side-effects of the stroke was, strangely enough, hiccups, Hader said.

“Those were terrible. Literally two weeks of straight hiccups since the stroke happened. Towards the end, they would make it almost impossible for me to breathe for a few seconds and that was scary,” he said.

McCollom said he believes the hiccups happened because of where the stroke took place, at the base of the brain.

He said it is not the first time he’s seen someone with that kind of stroke.

“We have partners coming to hospital with more serious stuff, due to chiropractic manipulation, by popping neck by a professional,” he said, before suggesting, “If I want to pop my neck, I just pop it side to side. I don’t twist it.”