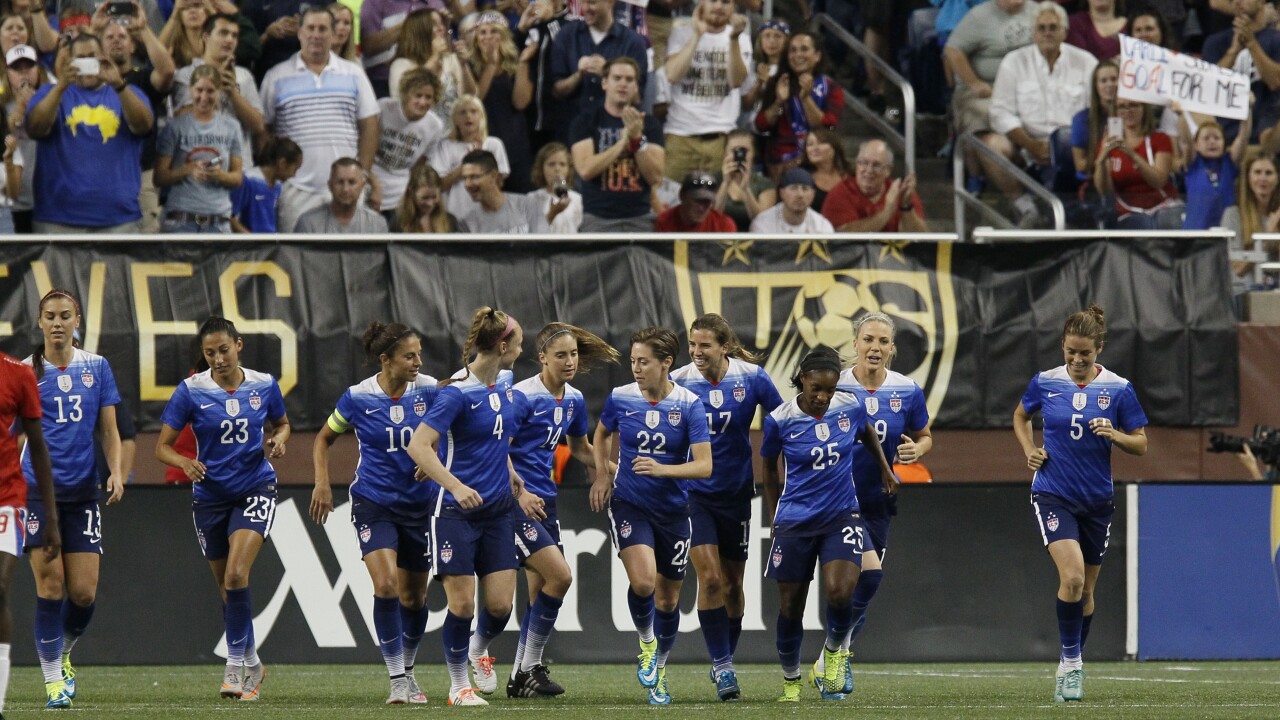 The United States celebrates a first half goal against Japan in the FIFA Women’s World Cup. (Photo by Rich Lam/Getty Images)

Midfielder Morgan Brian (2014), defender Becky Sauerbrunn (2007) and defender Emily Sonnett (2015) were all named to the team that will compete in the 2019 FIFA Women’s World Cup in France. The tournament begins on June 7 and runs through July 7. The US will kick off play in Group F on June 11.

The United States poses for a photo. (Photo by Tim Warner/Getty Images)

“Selecting a World Cup team is a long process, and I want to thank the players – the ones that made the final team and the ones that didn’t – for all of their hard work over the past two and a half years,” said Ellis. “They all pushed each other in every training session and every game and challenged the coaches to make some tough decisions. These 23 players have been through adversity and success, and it’s a group that has the talent, confidence, experience and desire to help us win the World Cup.”

The Women’s World Cup roster will make up the squad for the USA’s final three matches before departing for Europe. The Send-Off Series, Presented by Volpi Foods, takes place in May and will start when the USA faces South Africa on Sunday, May 12, at 4:30 p.m. ET at Levi’s Stadium in Santa Clara, California. From there, the USA will travel to St. Louis, Missouri for its second match, facing New Zealand on Thursday, May 16, at 8 p.m. ET at Busch Stadium.

The U.S. players will then have their final break before the World Cup and regroup in New Jersey to conclude the Send-Off Series vs. Mexico on Sunday, May 26, at Red Bull Arena in Harrison. The match will kick off at 12 p.m. ET.

This summer, the USA will face Thailand, Chile and Sweden in Group F at the 2019 FIFA Women’s World Cup. The U.S. will open Group F play against Thailand on June 11 (3 p.m. ET) at Auguste Delaune Stadium in Reims. The USA then faces Chile on June 16 (12 p.m. ET) at Parc des Princes in Paris, followed by Sweden on June 20 (3 p.m. ET) at Stade Océane in Le Havre.

All 52 games will be shown live on FOX, FOX Sports 1 and FOX sports 2 and on tablets and mobile devices through the FOX Sports app.

23 players on the squad. A nation at our back. Our World Cup roster is here.#OneNationOneTeam #FIFAWWC