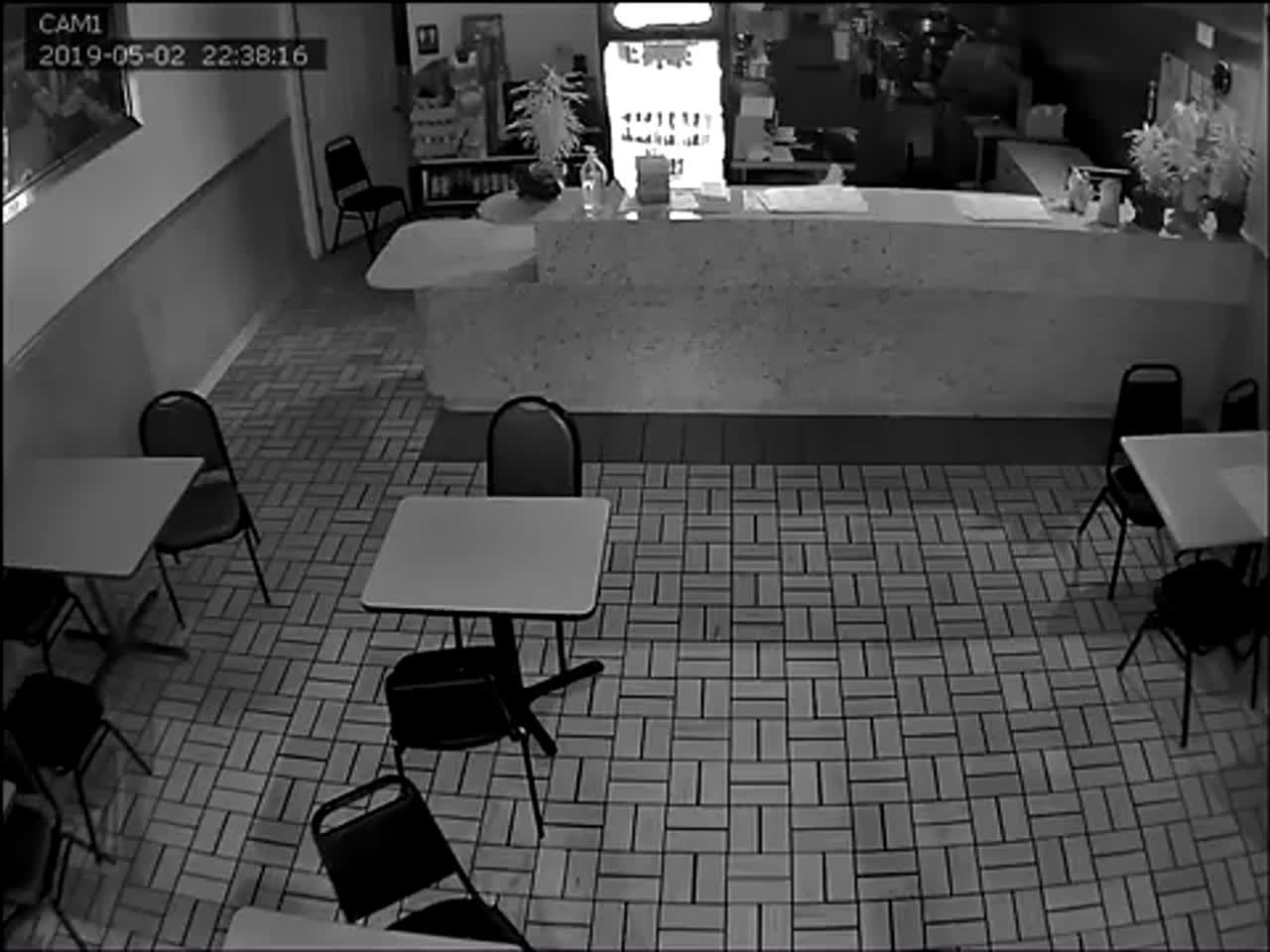 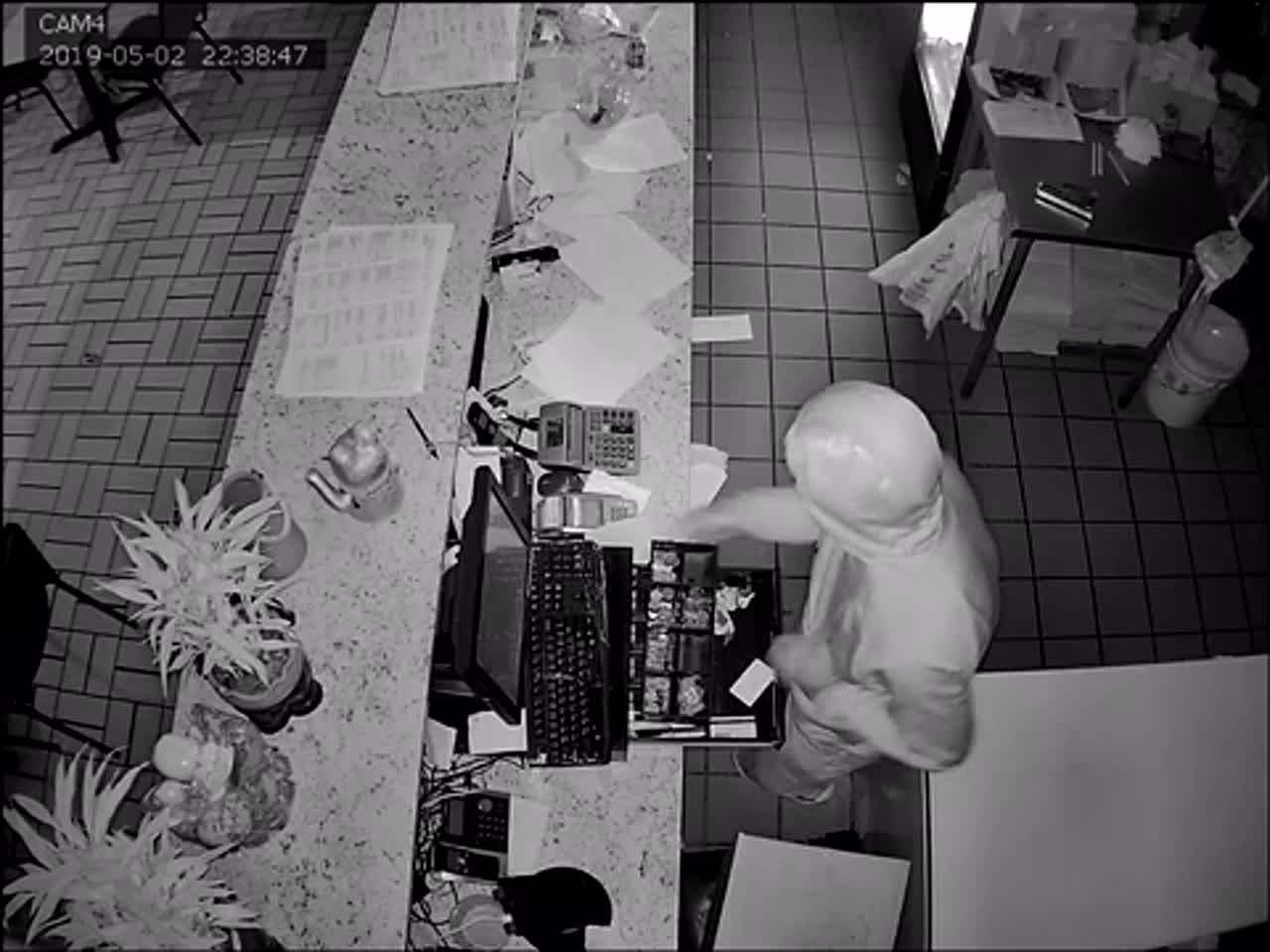 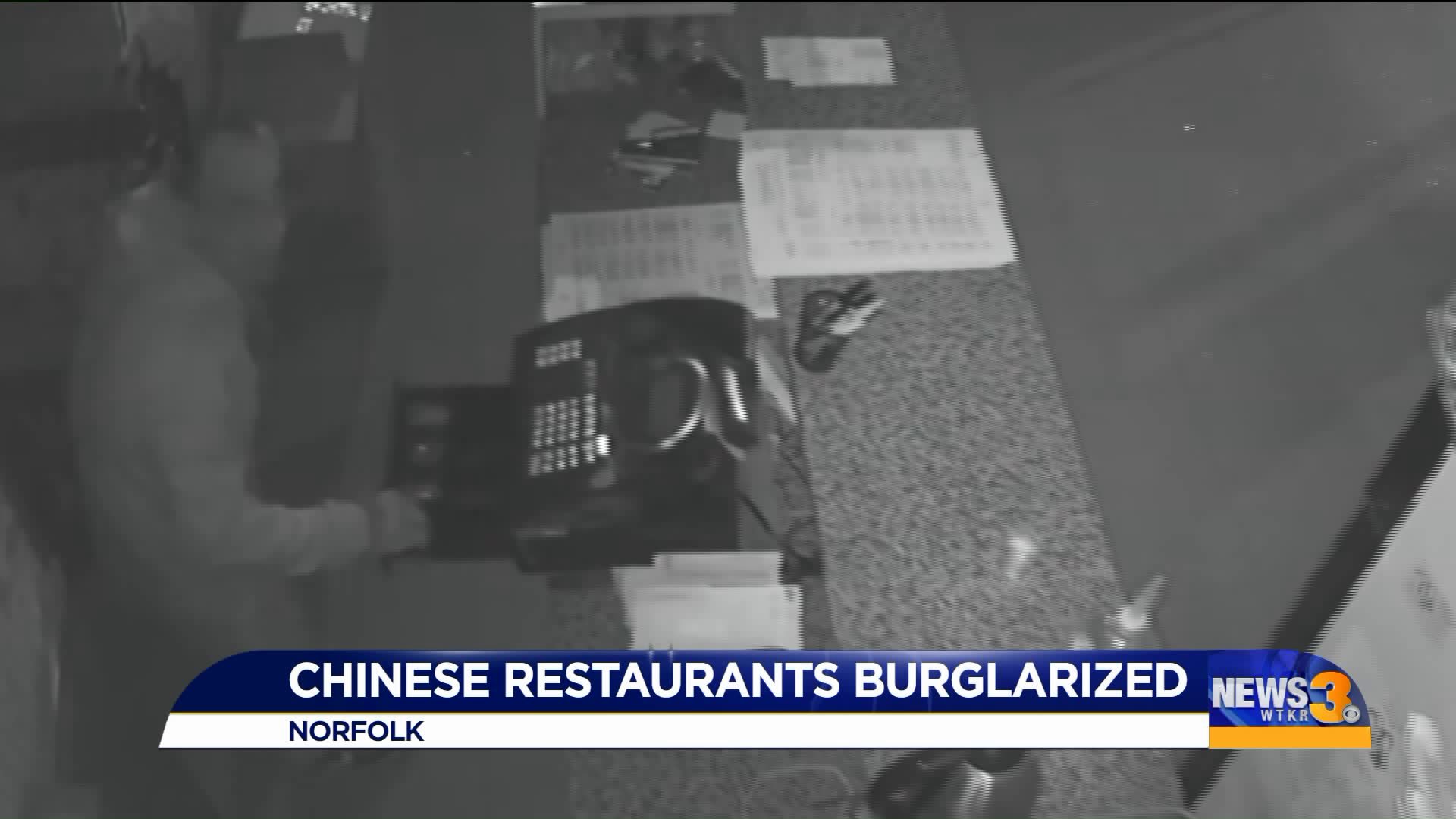 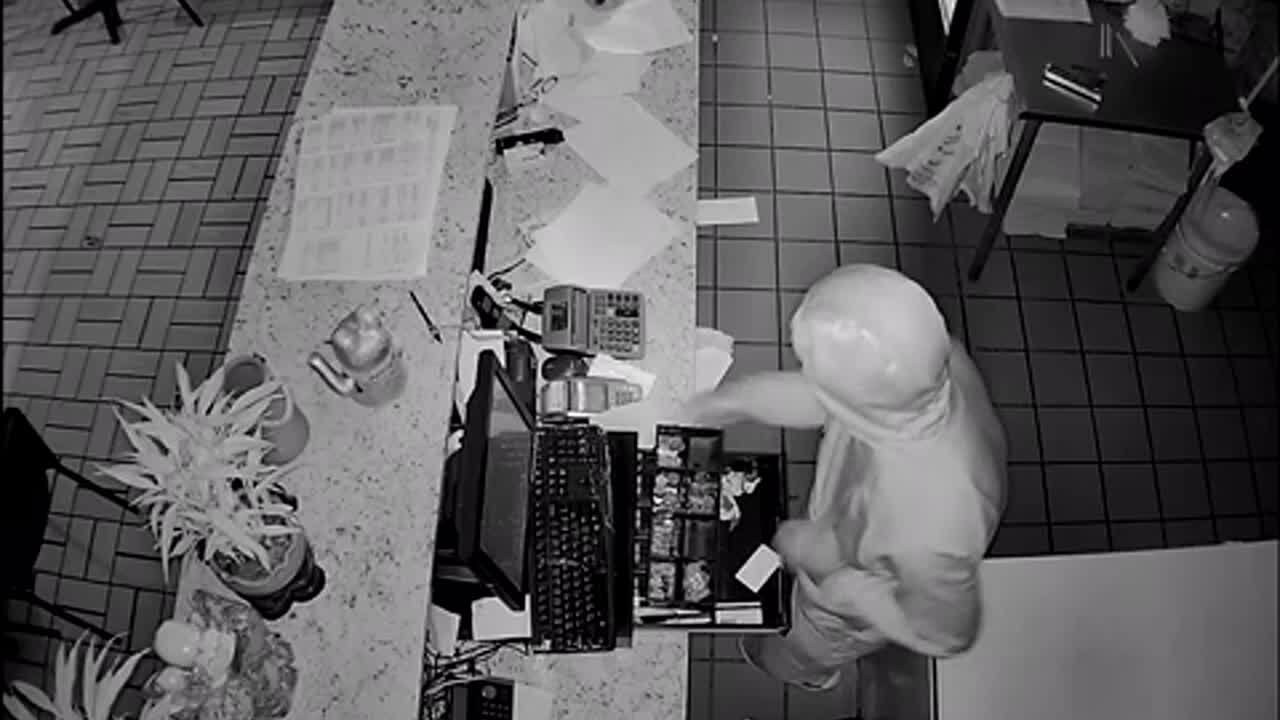 NORFOLK, Va. - Police are asking for the public’s assistance in identifying a man that detectives believe is wanted for breaking into eight Chinese restaurants in the last two days.

The burglaries occurred at the following locations during the overnight hours between Wednesday night and Friday morning:

In each burglary, the man entered the restaurant by breaking the front glass window.

"It’s just kind of scary and we don’t know what to do because you don’t know when it will be happening. They can break in anywhere; any store, not just us," said one restaurant owner who didn't want to be identified.

Luke Tanner works at China King on Chesapeake Boulevard. He told us the thief left with less money than it cost to replace the broken door.

Police believe the same person is responsible for all eight burglaries.