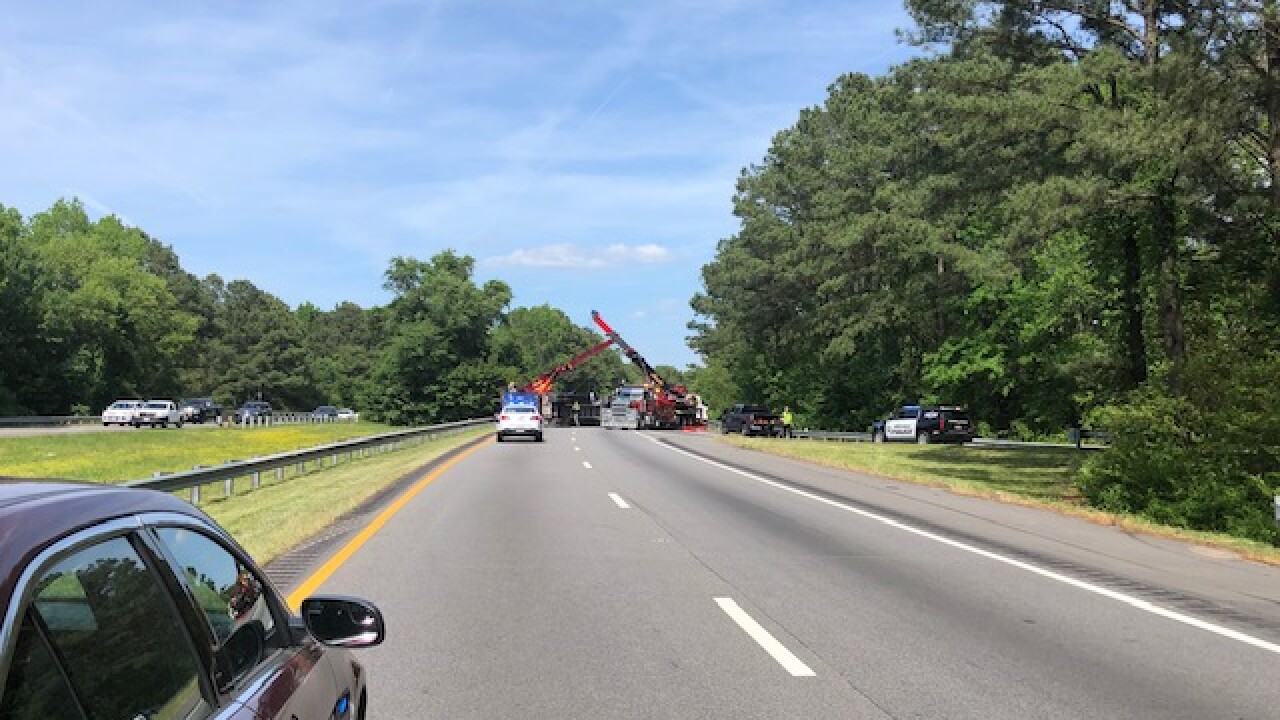 Dispatchers received the call around 1:51 p.m. The trailer was loaded with siding, and the load remained intact during the crash.

Suffolk Fire & Rescue personnel gave the adult male driver emergency medical assessment. He did not need to be taken to the hospital.

Route 58 eastbound was closed at the off-ramp until the tractor trailer was turned upright but has since reopened.

The cause of the crash is still under investigation.