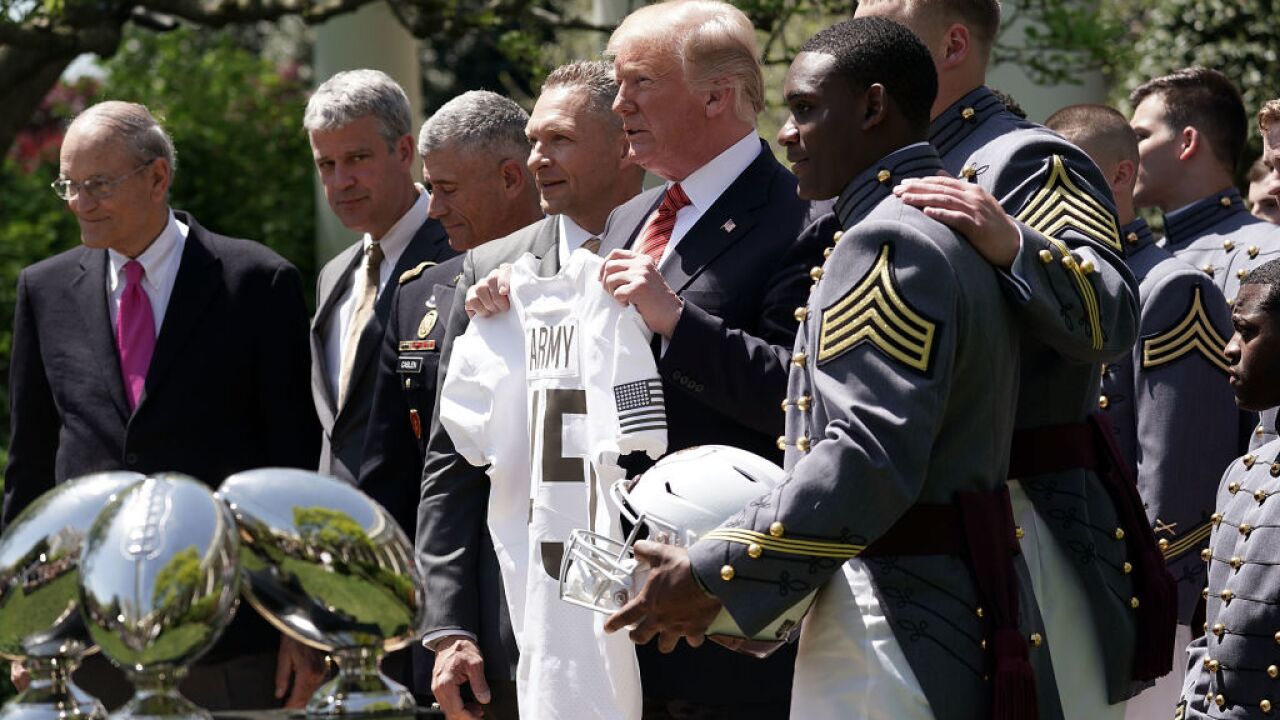 WASHINGTON, DC – MAY 01: U.S. President Donald Trump is presented with a jersey by team captain Ahmad Bradshaw (R) during an event with the Army Black Knights football team from the U.S. Military Academy May 1, 2018 in the Rose Garden at the White House in Washington, DC. President Trump hosted the 2017 Commander in Chief’s Trophy champion to honor their victory. (Photo by Alex Wong/Getty Images)

West Point was honored for its wins over the U.S. Air Force Academy and the U.S. Naval Academy.

It is the second year in a row that the Black Knights visited the White House to accept the Commander-in-Chief trophy.

Army finished the season 11-2, with a bowl win over Houston in December.

Rising senior Linebacker Cole Christiansen, a captain for the Black Knights football team, is a native of Suffolk and was a key player in the team’s success.

Christiansen during the ceremony at the White House has the honor of presenting President Trump with a Black Knight football helmet.

For more on local and national sports, click here.