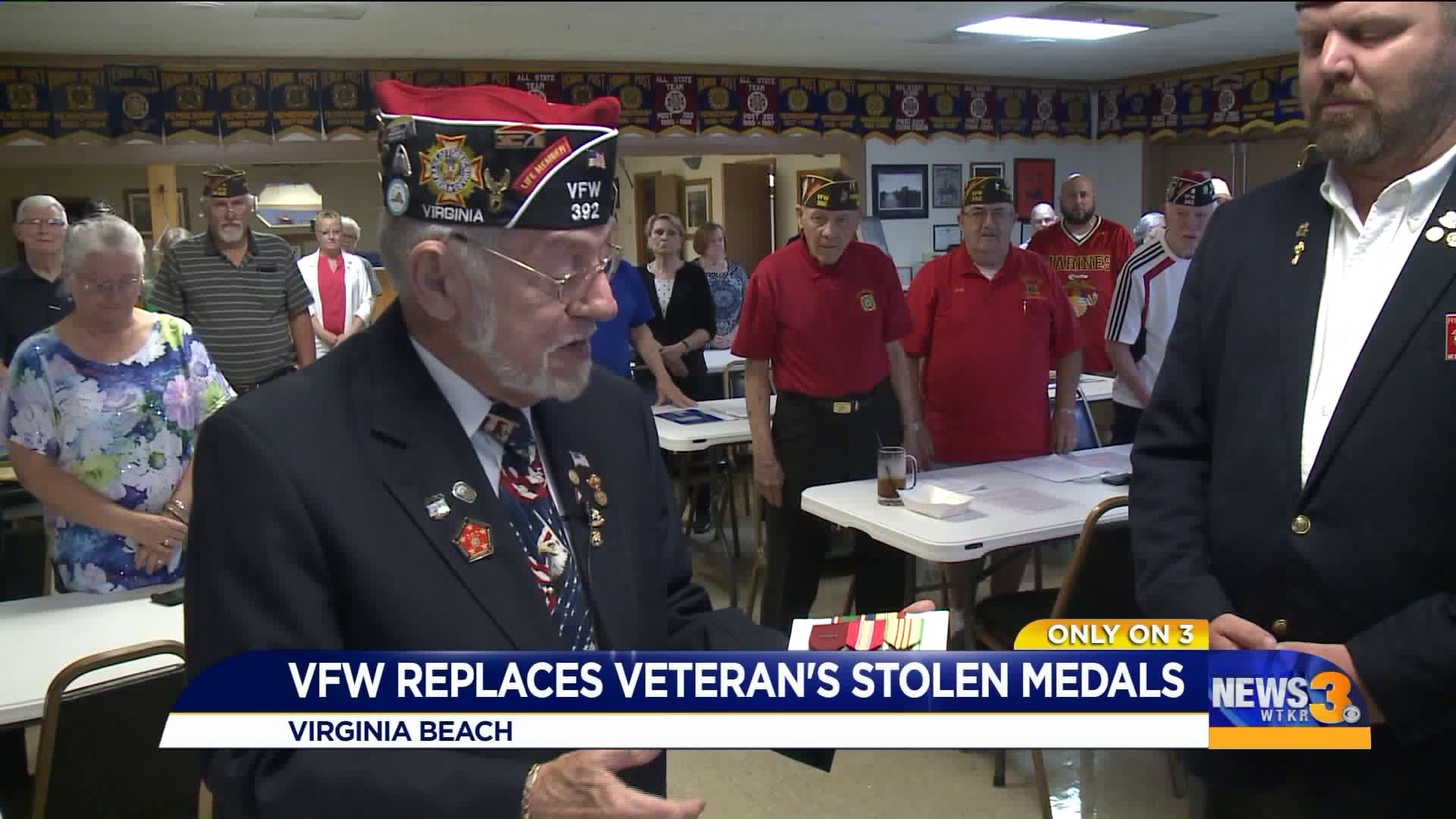 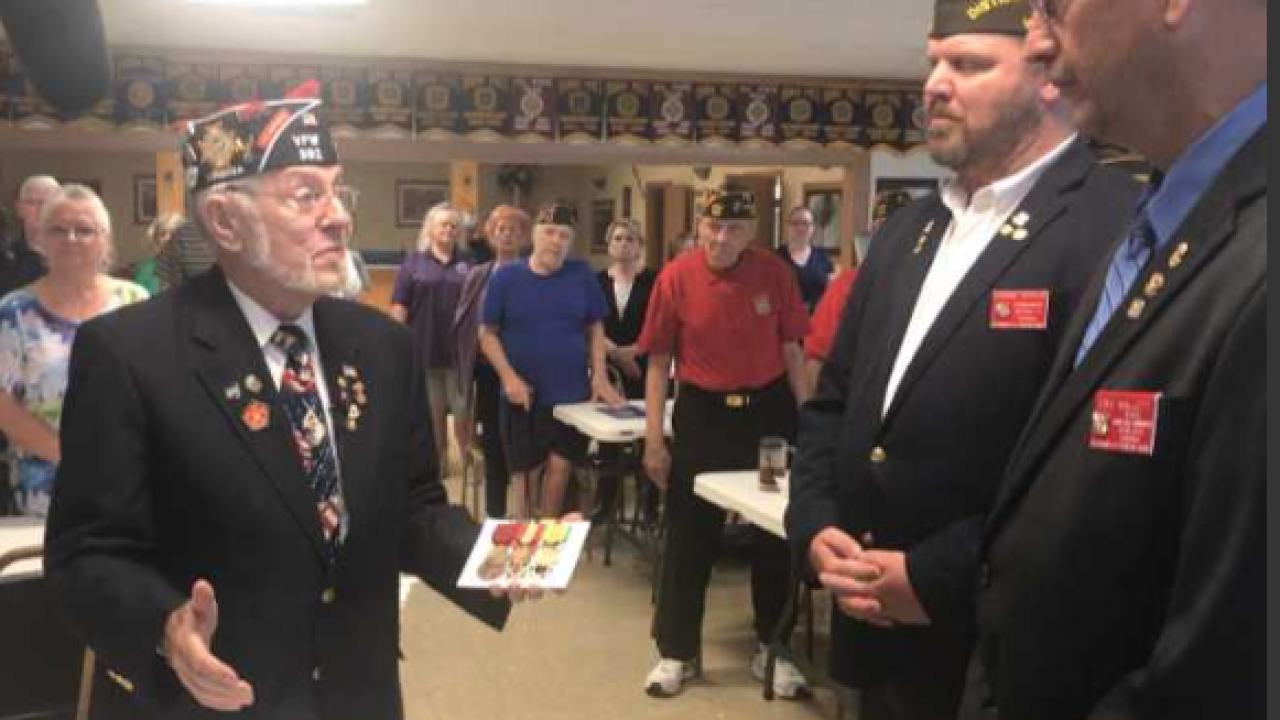 VIRGINIA BEACH, Va. - Thieves stole priceless items from an elderly veteran, but his fellow veterans took action to help him.

It’s a story you will only see on News 3.

It was a packed house at the Virginia Veterans of Foreign Wars (VFW) Post 392 meeting in Virginia Beach on Tuesday night.

Before the regularly scheduled meeting, veteran Michael Gaughan was presented with medals he earned during his 20 years in the Navy.

They are replacements because the original medals were stolen.

“I will cherish these forever,” said Gaughan.

About a month ago, News 3 tracked down the 76-year-old man after we found court documents that showed how someone broke into Gaughan’s home while he was in the hospital, stealing his Navy medals along with money and other things.

“It’s despicable. I don’t know how to put it any other way," said VFW Post 392 Commander Theresa DeChaplain. "They don’t care."

Gaughan earned the medals for his time in Vietnam, combat, his heroic actions while fighting the enemy and good conduct.

“When you receive the medals that he received, it’s a big deal. It’s a very big deal,” said DeChaplain.

“I was flabbergasted. I couldn’t believe it,” said Gaughan.

Gaughan said he has been a member of VFW Post 392 for 45 years and served as the commander for one year.

“This is the first time I’ve seen something like this, so I was really impressed,” said Gaughan.

The medals aren’t the originals, but Gaughan said he is glad to have them replaced and grateful to those who made it happen.

“Very important. It brings back a lot of memories,” said Gaughan.