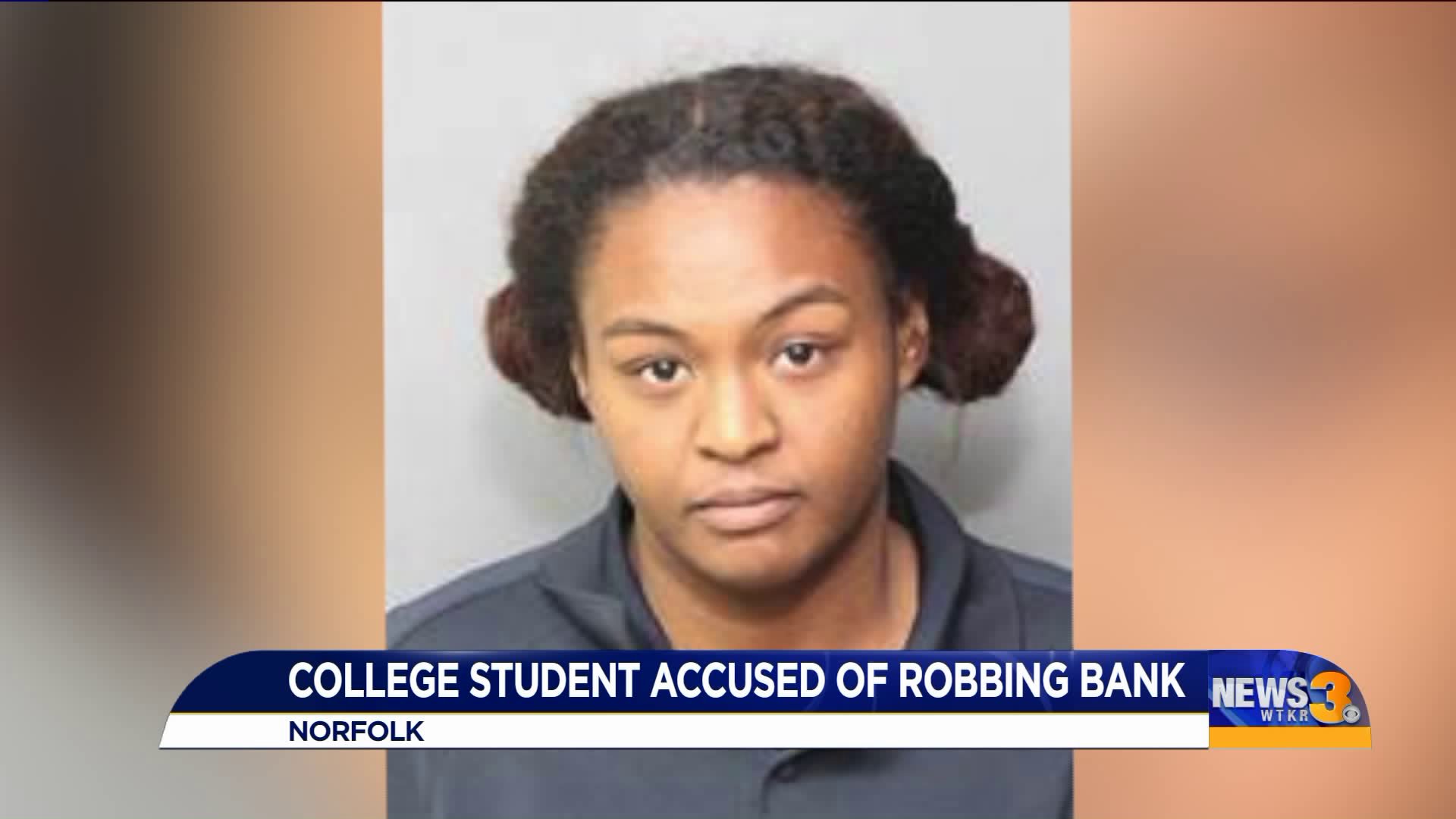 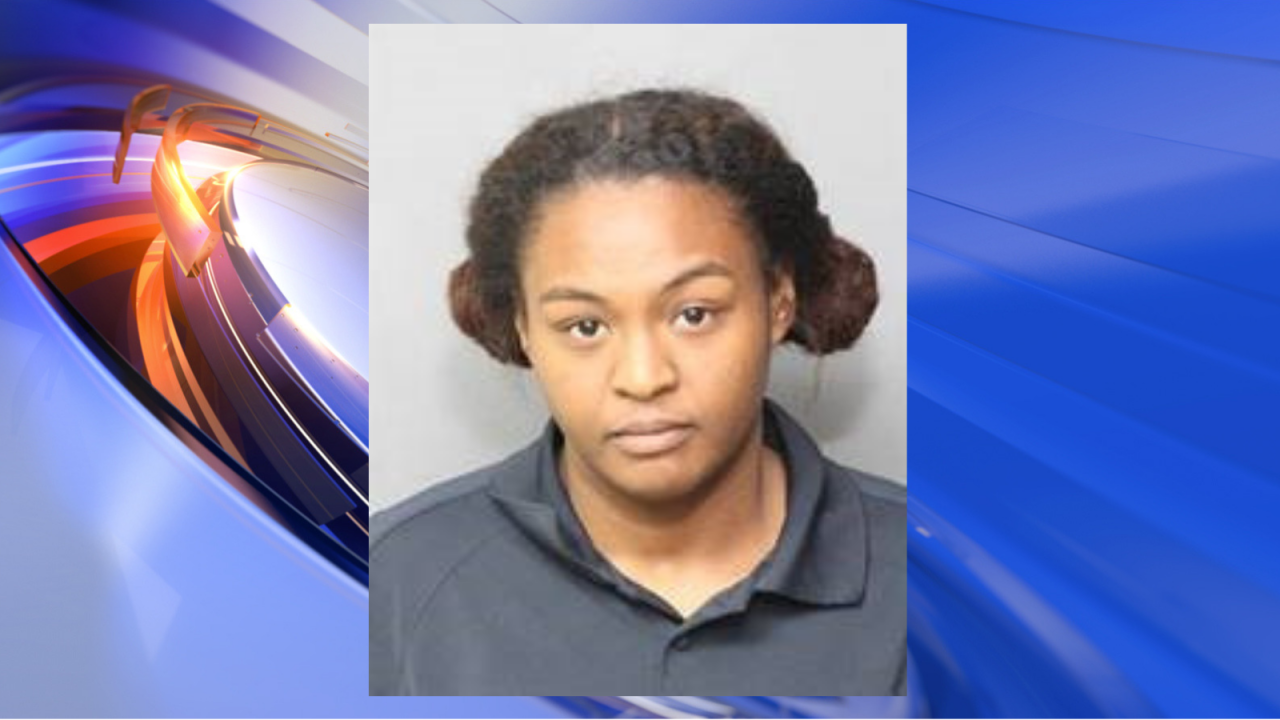 NORFOLK, Va. - A 19-year-old woman was arrested after a bank robbery at the Southern Bank on Colley Avenue.

The call for the robbery came in around 10:35 a.m., according to the Norfolk Police Department. Police said that a woman wearing a mask entered the bank, handed the teller a note that implied she had a bomb and demanded money.

The teller complied, and the woman fled on foot. She was taken into custody shortly after and identified as Symphany S. Dawson, 19, of the 1000 block of West 39th Street.

Police noticed Dawson had a suspicious package on her person, and the Norfolk Police and Fire-Rescue bomb squad was called to the scene. The package was determined to be a hoax bomb.

Dawson was charged with one count each of robbery, wearing a mask in public, threatening to bomb and possession of a hoax bomb.

No injuries were reported. Once detectives have completed interviewing Dawson, she will be taken to the Norfolk City Jail, where she will be held without bond.

Old Dominion University confirmed that Dawson is a student attending the school.