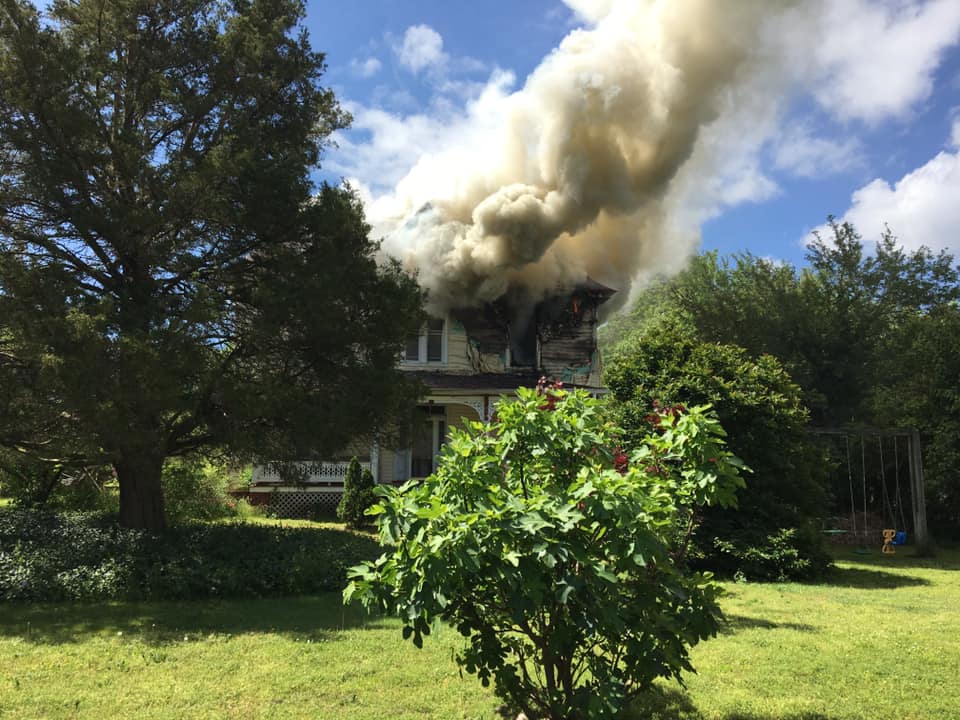 According to the Tasley Volunteer Fire Company, crews were alerted to the fire at 10:54 a.m. First arriving crews reported heavy smoke condition, and laid in a 5-inch supply line from Market Street.

Interior crews quickly knocked down the main body of fire, but extensive overhaul was necessary.

No injuries were reported, and according to the fire company, the fire has been placed under control.

This was Onancock’s second working fire in a week.