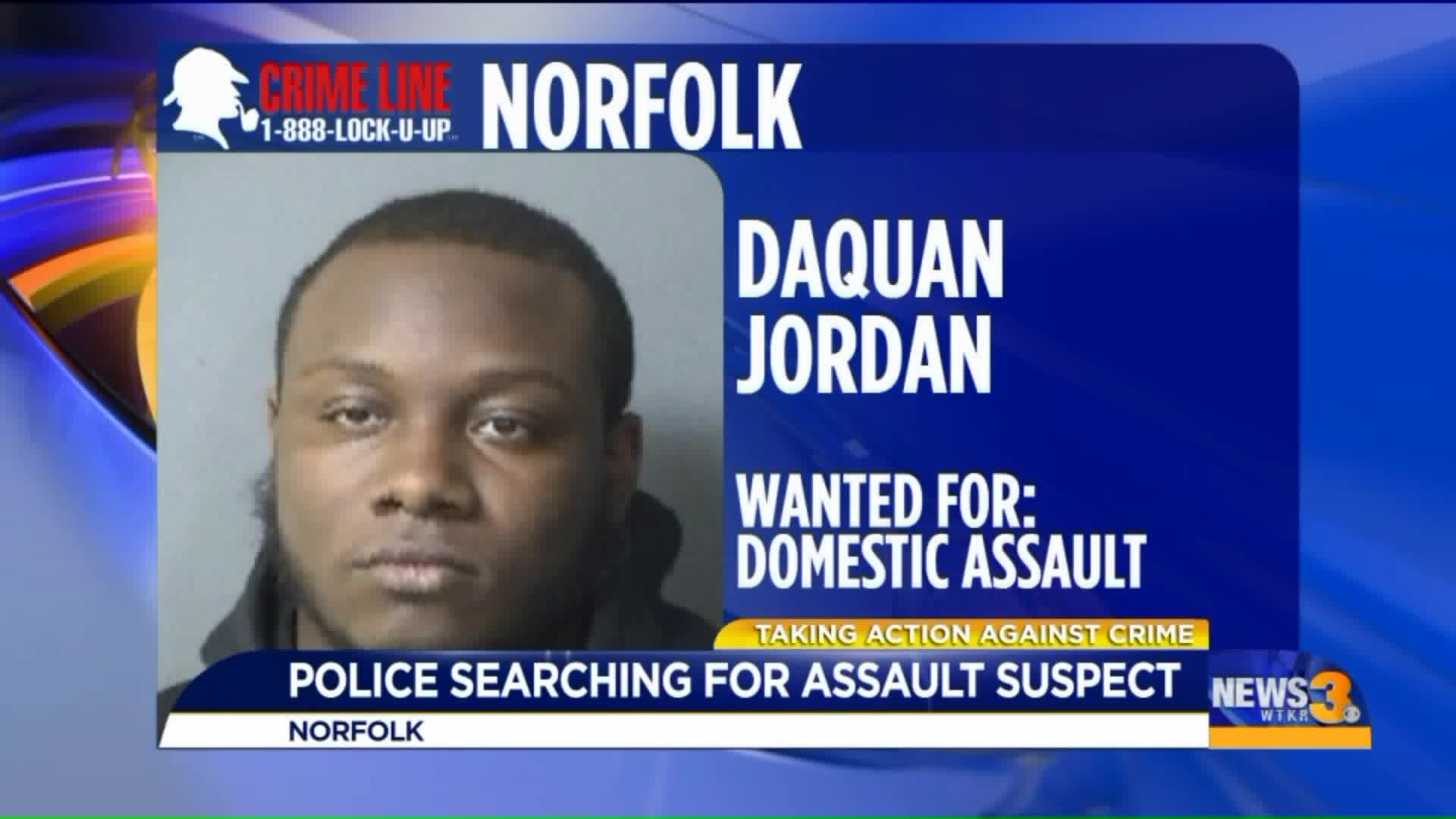 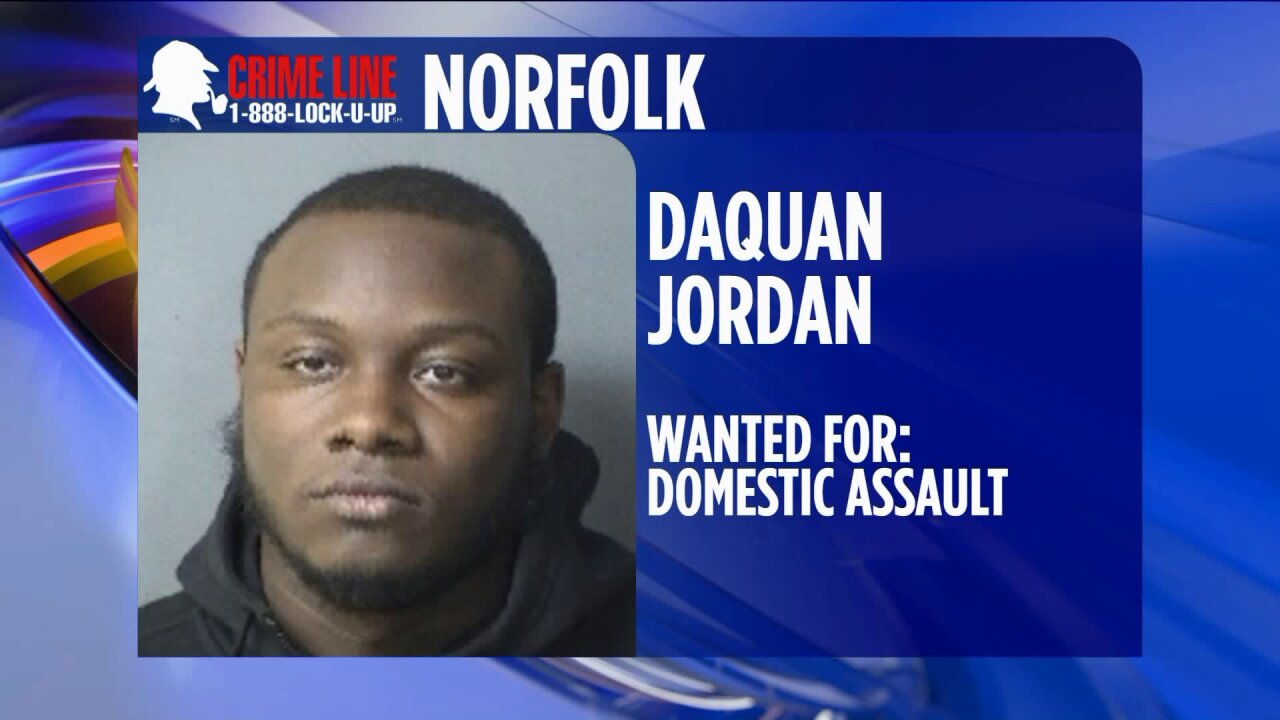 They're looking for Daquan Jordan.  According to police, on April 10, 2019, police were called to Hough Avenue about an assault.  The victim told police Jordan choked her and kicked her several times.

His last known address is in the South Norfolk area of Chesapeake on Martin Avenue.

If you know where he is, report your tip to Crime Line.

Your tip could make you eligible for a cash reward and you will remain anonymous.