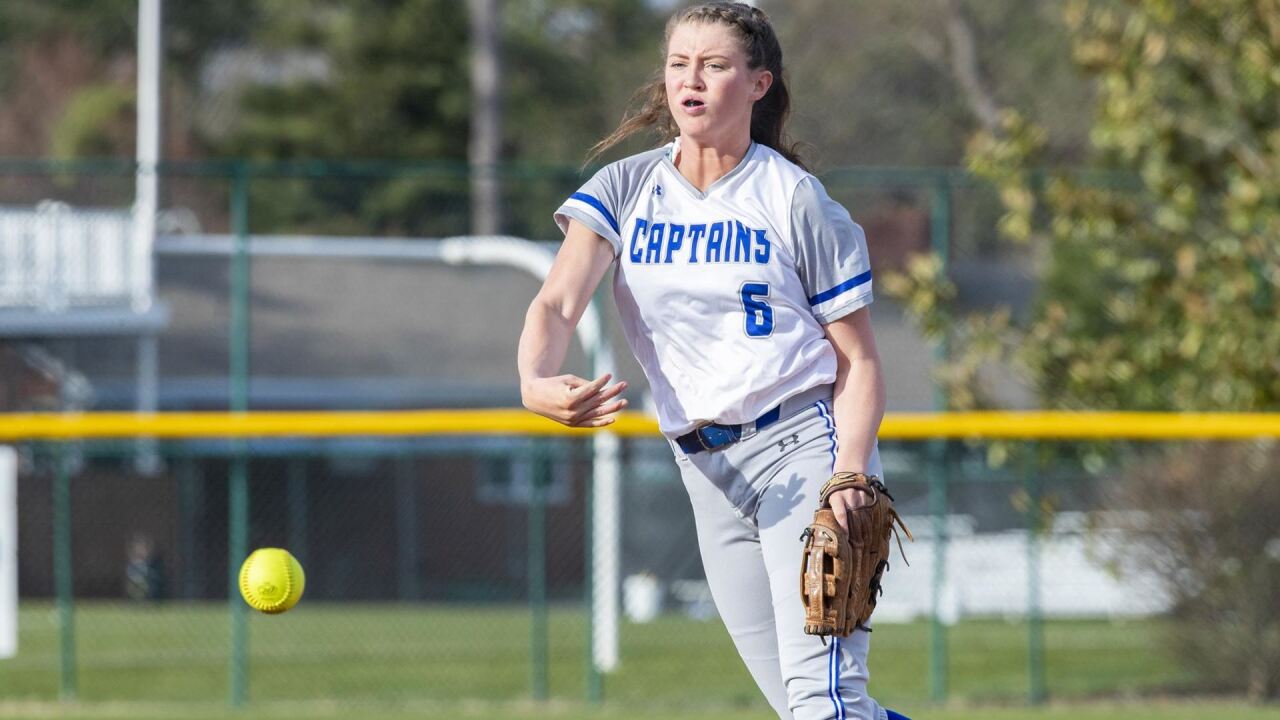 UNION, N.J. – After a lengthy wait due to an all-day rain, the Christopher Newport softball squad closed out the Kean Regional of the NCAA Division III Softball Championship by beating the host team, 6-4, Sunday night. Keith Parr’s squad will now advance to the Super Regional Round of the tournament for the first time since 2015.

The regional final, scheduled to begin at 12:00 noon on Sunday, was held up by steady rain until an 8:43 p.m. first pitch. The Captains wasted no time once the precipitation had tapered off, jumping to a 5-0 lead in the first inning and then holding off the Cougars to improve to 36-7 on the season. CNU went 3-0 in the Kean regional, beating Staten Island and Kean twice, and never trailed at any point in the three victories.

“There was a lot of waiting around today at the hotel, but I think we were able to keep our focus and were ready to play when it finally started,” Head Coach Keith Parr said. “I’m really proud of this team and the way they took care of business this weekend.”

Sophomore designated player Patty Maye Ohanian was selected the Most Outstanding Player of the regional after going 8-for-11 with four home runs and nine runs batted in. Ohanian was one-for-three Sunday night with an RBI single, a steal of home, and a walk. Junior pitcher Aubrey Bates, freshman third baseman Bailey Roberts, and freshman outfielder Keely Crittenden were also chosen for the All-Regional squad.

Bates, who threw her second complete game in as many days to beat Kean, allowed four runs on five hits Sunday. She struck out seven and stranded seven base runners, and improved her record to 13-2. As she did on Saturday against the Cougars, Bates was able to wiggle out of trouble in three different innings, minimizing the damage and maintaining the CNU lead. Kean left the bases loaded in the first and fourth frames and also stranded a runner at third in the fifth.

Ohanian got the scoring started for the 11th-ranked Captains by singling home sophomore Maddie Hool, who had walked to open the first inning. Ohanian stole home later in the inning, breaking for the plate after a throw back to the pitcher, to put the Captains ahead, 2-0. Later in the inning, Crittenden came to the plate with the bases full, and singled to third base. An errant throw to first allowed all three runners to come home on the play and give the Captains a 5-0 cushion.

After Kean got on the scoreboard with a run in the top of the fourth, Christopher Newport answered with a run in the bottom of the frame when Hool came across the plate on a wild pitch to make it a 6-1 score. The Cougars, ranked 13th in the nation, chipped away at the lead by scoring twice in the fifth and then added another in the seventh with all three runs scoring on RBI ground outs. Bates and the Captains were happy to trade single runs for outs, and CNU averted a big inning to hold on for the 6-4 final verdict.

CNU did not homer in the game, snapping a string of eight straight games with at least one long ball. The Captains scored their six runs while compiling only four hits, all singles, in the game off Kean pitching.

“If you had told me before the game we’d only get four hits, I would have thought we lost,” Parr admitted. “It’s all about making the most of your opportunities and limiting mistakes.”

Kean concluded the season with a 39-8 record. CNU will play next Friday and Saturday against the winner of Monday morning’s Arcadia-Randolph-Macon regional final, which was postponed on Sunday in nearby Ewing, NJ. The location of the Super Regional will be announced on Monday following the completion of the game. The Super Regional will be a best-of-three format with one game Friday and then one or possibly two on Saturday.

Once the regionals are all completed on Monday, there will be 16 teams remaining in the 62-team field. A total of eight Super Regionals will be played next weekend to determine the eight squads to advance to the National Finals in Texas beginning May 22nd. Christopher Newport now has an all-time record of 37-32 in NCAA play, and the Captains are appearing in their 17th NCAA Tournament, as well as 13th straight.