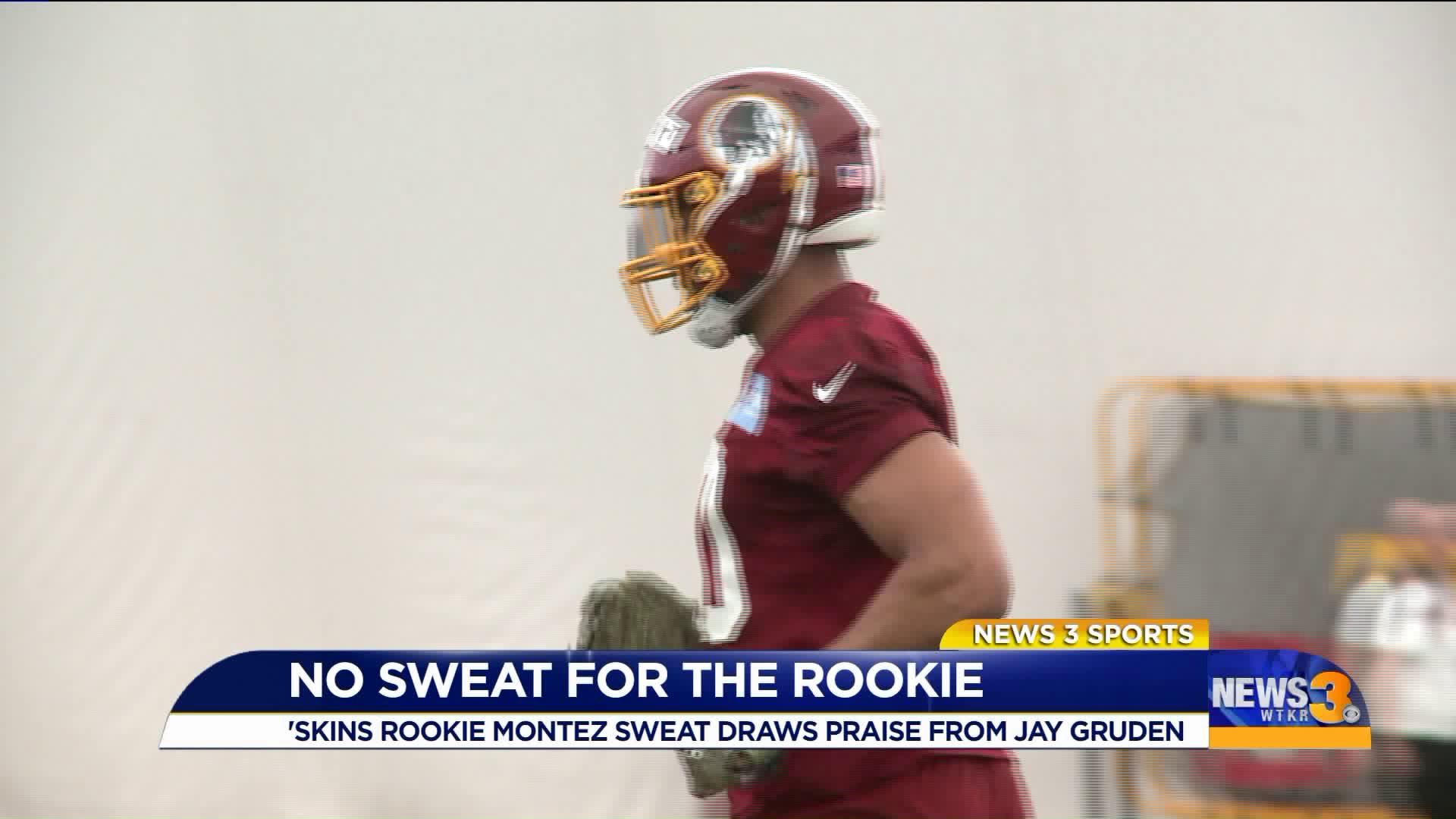 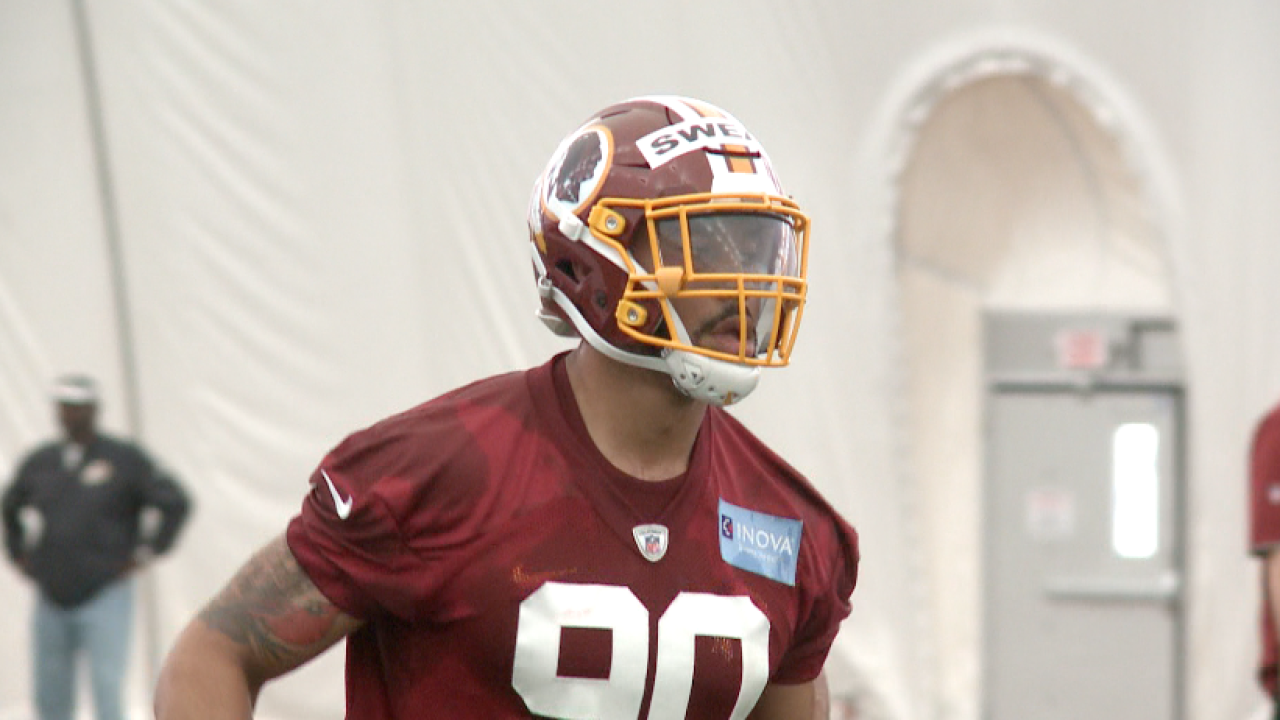 LOUDOUN COUNTY, Va. - It's been no 'sweat' for Redskins first-round draft pick Montez Sweat. While most eyes were peeled to new quarterback Dwayne Haskins, the 26th overall pick was able to impress his coaches on the defensive side of the ball.

The 6-foot-6, 260-pound defensive end is expected to add production to a stout defensive line immediately. Now he just has to be as speedy as he is on the field in the classroom.

"They're definitely throwing a lot as us, now it's just about going out here translating it to the field," Sweat said. Gruden echoed that it's all about getting the mental aspect of the game down for the rookie. "No doubt that he's going to play a lot," Gruden said after minicamp.

"Obviously the skillset that he has is quite evident. You see his length and run after practice, he's faster than anyone we have right now quite possibly. He's got great length, great speed, now it's just about getting the mental aspect down."

The Redskins open up their first session of organized team activities on May 20th. News 3, Hampton Roads' home of the Washington Redskins, will be there to bring you the latest.